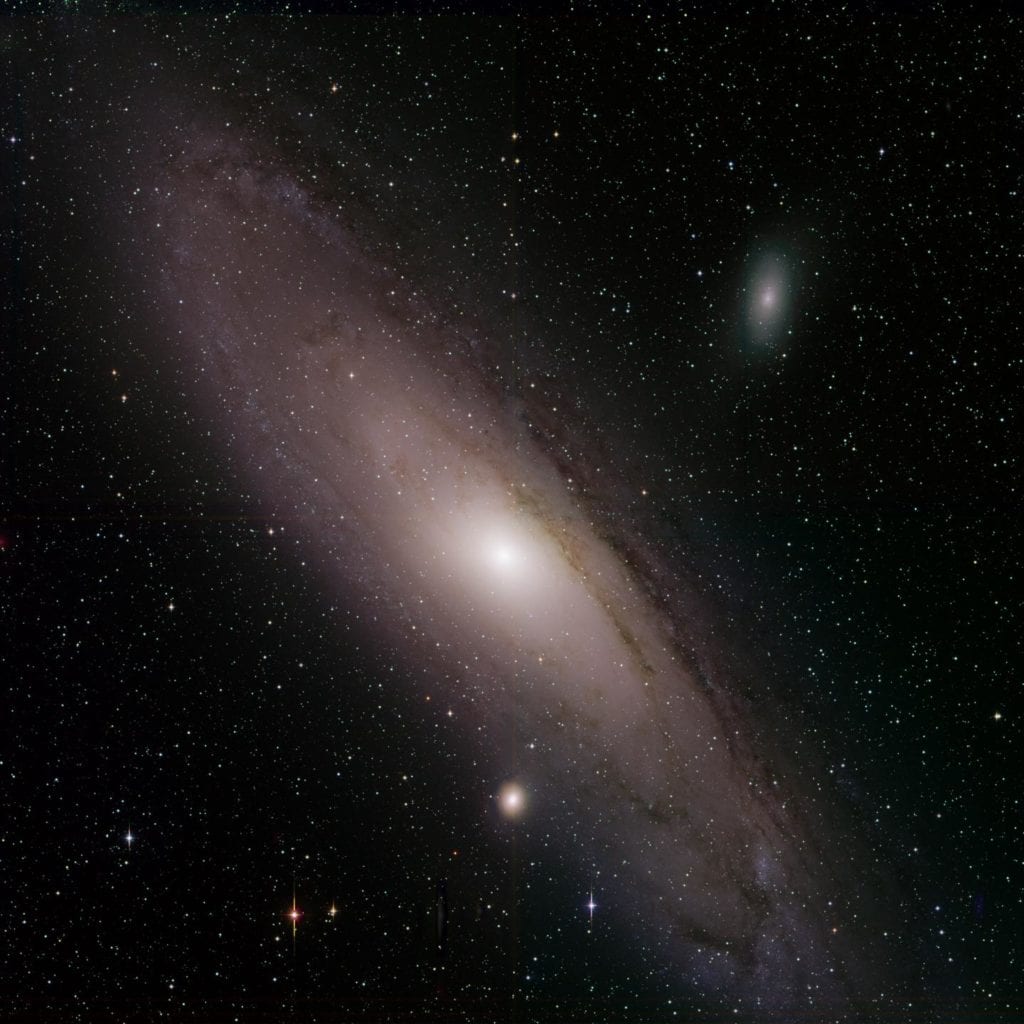 The Zwicky Transient Facility (ZTF), an automated sky survey project based at Caltech’s Palomar Observatory near San Diego, California, has produced its first bounty of new results. Since officially beginning operations in March 2018, the new instrument has discovered 50 small near-Earth asteroids and more than 1,100 supernovae, while observing more than 1 billion stars in the Milky Way galaxy.

As partners in the ZTF effort, University of Maryland astronomers made important contributions to the planning, design and science operations of the survey project. UMD participation in ZTF is facilitated by the Joint Space-Science Institute, a partnership between UMD and NASA’s Goddard Space Flight Center.

Seven new papers about early results and technical specifications for ZTF were recently accepted for publication in the journal Publications of the Astronomical Society of the Pacific.

“It’s a cornucopia of results,” said Shri Kulkarni, the principal investigator of ZTF and the George Ellery Hale Professor of Astronomy and Planetary Science at Caltech. “We are up and running and delivering data to the astronomical community. Astronomers are energized.”

Every night, ZTF’s camera uses the 48-inch Samuel Oschin Telescope at Palomar to survey the Northern skies for anything that explodes, moves or changes in brightness–collectively known as transients. Because the ZTF camera covers 240 times the size of the full moon in a single image, it is discovering the most fleeting of cosmic events, which were impossible to catch before now. Some of the most exotic events happen at the centers of distant galaxies.

“With the ZTF Northern Sky Survey, we are conducting a systematic study of transients in the nuclei of galaxies, allowing us to catch stars in the act of being ripped apart by supermassive black holes and capture active galactic nuclei ‘turning on’ from a previously quiescent state,” said Suvi Gezari, an assistant professor of astronomy at UMD and a fellow of the Joint Space-Science Institute whose research focuses on time-domain astronomy. “We expect to yield enough of these events in the three-year survey to transform our understanding of accretion onto supermassive black holes lurking in the centers of galaxies.”

The cost to develop and run ZTF is about $24 million, with about $11 million from the U.S. government via the National Science Foundation (NSF) and the rest from an international collaboration of partners that includes UMD. Additional support comes from the Heising-Simons Foundation.

“The start of routine operations of ZTF marks a new era in our ability to capture the nightly and hourly changes transpiring in the universe,” said Anne Kinney, NSF assistant director for mathematical and physical sciences. “They are now recording real-time events from distant supernovae to nearby asteroids and are poised to discover the violent mergers and explosions generating gravitational-wave events.”

Because nearly half of ZTF is paid for by the U.S. government, nearly half of its observations are shared publicly in near-real-time with the astronomy community. When ZTF detects a transient object, the system activates an automated alert system, sending notices to astronomers who quickly follow up on notable objects using other telescopes. An NSF-funded program called the Global Relay of Observatories Watching Transients Happen (GROWTH) rallies 18 international observatories located in the Northern Hemisphere to follow up on ZTF alerts.

“It takes only 10 to 20 minutes from the time a transient observation is made to the time the alert goes out,” said Matthew Graham, the ZTF project scientist at Caltech, who specializes in handling and processing large streams of astronomical data. “It’s like running a major newsroom. We’ve never operated at this scale before, and handling all the data is quite a feat.”

Discoveries from ZTF so far include new supernovae, binary stars, asteroids and two black holes caught shredding stars. As stars wander too close to black holes, they can be “tidally disrupted” by the gravity of the black hole and stretched into oblivion.

Graham says that he and the tidal disruption data team, led by UMD’s Gezari, got fed up with referring to the technical names for the objects, which consisted of long strings of numbers.

“We decided to nickname them Ned Stark and Jon Snow, after ‘Game of Thrones’ characters,” Graham said.

Enabled by the NSF-funded GROWTH program, ZTF also caught two near-Earth asteroids, 2018 NX and 2018 NW, which zipped by Earth at distances of only 72,000 miles and 76,000 miles, respectively–approximately a third of the distance between Earth and the moon. On January 4, 2019, ZTF caught the near-Earth asteroid 2019 AQ3, with an orbital period of just 165 days–the shortest known for any asteroid.

The ZTF survey is also well suited to contribute to the burgeoning field of multimessenger astrophysics. Broadly stated, this is the search for electromagnetic counterparts to extreme transient events seen with other instruments that detect different signals, or messengers. Examples include gravitational wave events observed by the Laser Interferometer Gravitational-wave Observatory (LIGO) and the Virgo detector as well as neutrino events observed by the IceCube South Pole Neutrino Observatory.

“What excites me most about these results from ZTF is that they are just a taste of things to come,” said Bradley Cenko, an adjunct assistant professor of astronomy at UMD and a fellow of the Joint Space-Science Institute. “LIGO and Virgo are about to begin a yearlong observing run searching for merging neutron stars and black holes. With its wide field of view, ZTF is the perfect instrument to pick out associated optical counterparts. Having demonstrated we can search these large areas already, ZTF is primed to be a major player in the new field of multi-messenger astronomy.”

Seven new research papers, published in a special issue of the journal Publications of the Astronomical Society of the Pacific, are now available online: https://iopscience.iop.org/journal/1538-3873/page/Zwicky-Transient-Facility

This release is based on text originally provided by Caltech.

Does the presence of colleges and hospitals increase home prices?

Female fish can breed a new species if they aren’t choosy about who is Mr.…

Scienmag Dec 3, 2019
Credit: Ole Seehausen Fish will mate with a species outside their own if the male's colouring is…