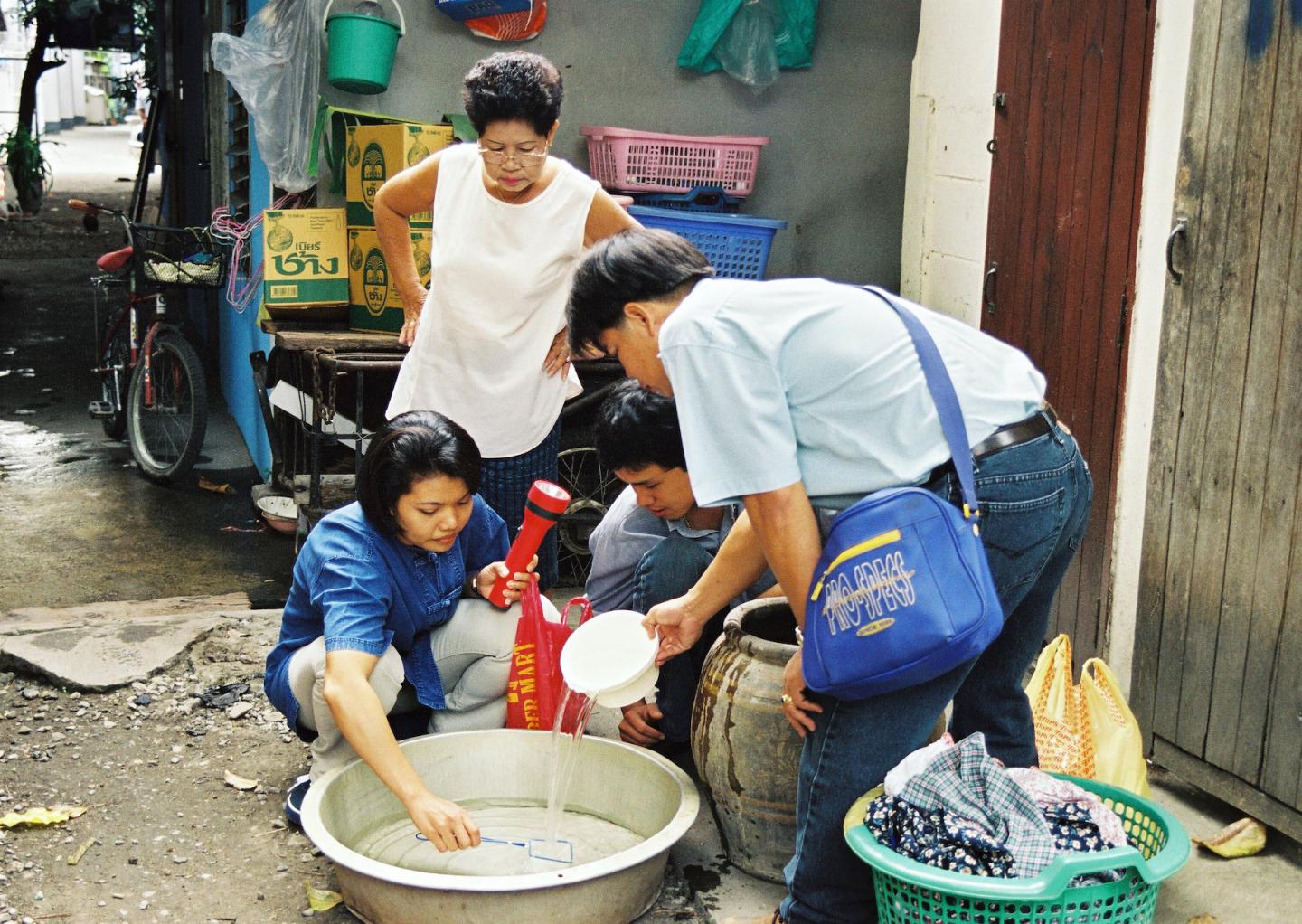 The circulation of the dengue virus for the past sixty years in South-East Asia is relatively well known. For Zika, the situation is much less clear. In an attempt to shed light on Zika circulation, scientists from the Institut Pasteur and the CNRS, in collaboration with US teams and the Thai National Institute of Health, decided to investigate the history of the Zika virus in Thailand. They made the surprising discovery that it has been circulating in the country for at least 16 years and probably longer. Their findings were published in The Lancet Infectious Diseases on February 27, 2019.

The Aedes mosquito – potentially together with flaviviruses like dengue and Zika – is found in most tropical and subtropical countries, and South-East Asia is no exception. But unlike South America, South-East Asia has not recorded widespread Zika outbreaks. However, it has been unclear whether there represented a true absence of the virus in the region or if outbreaks have simply not been detected. “It is a disease that is difficult to study, since most people infected by Zika do not fall ill or suffer only minor symptoms,” explains Henrik Salje, a statistician and epidemiologist in the Mathematical Modeling of Infectious Diseases Unit at the Institut Pasteur. “Even when they do get sick, the symptoms can easily be confused with other diseases such as the flu or dengue”. This means that outbreaks may remain silent. “The two main problems with this virus are that, occasionally, it can lead to neurological complications, such as Guillain-Barré syndrome, or severe fetal brain developmental defects. That is why an effective surveillance system is vital.” But how can we keep track of such a discreet virus? Scientists from the Institut Pasteur, in collaboration with Thai and US scientists,(1) with the participation of the CNRS, decided to make use of the surveillance network set up by the Thai government in 2016, when the World Health Organization (WHO) declared the Zika outbreak to be a “public health emergency of international concern”.

In 2016, in response to the WHO declaration, the Thai government called on hospitals in the country to collect urine, blood and plasma samples from people with symptoms that may be associated with Zika, in other words people with fever or rash symptoms. Over the next two years, a total of 1,717 samples were collected and 368 individuals were revealed to be infected by Zika, giving the scientists the material they needed to start their investigation. Initial results showed that all age categories in the population were affected, exactly as was observed in Colombia, which recently experienced a Zika outbreak. But a surprising finding soon came to light. “We noticed that from the very beginning of the surveillance campaign, Zika could be found all over Thailand,” explains Henrik Salje. “This was not expected, since in South America the Zika virus largely disappeared after two or three years following the outbreaks; there does not appear to be widespread long-term circulation.”

This encouraged the teams to take their inquiry further by examining the viral genome. “Unlike humans, viruses do not have a genetic repair system,” says Henrik Salje. “We can use the little errors that emerge during viral replication to piece together the historical spread of viruses.” By producing a phylogenetic tree of the Zika virus in Thailand, the scientists discovered that the viral strains within Thailand were genetically very different from each other, and their ancestor seems to have appeared in the country in 2002. “In South America, all the viral strains are very similar to each other. We are pretty sure that there were no strains circulating in South America before 2013 and that the virus has now largely gone” explains Henrik Salje. “When we examine the genetic information collected in Thailand, we see that the virus has been circulating for at least 16 years, and probably even longer.”

Several theories can be put forward to explain these differences. The first is that changes may have occurred to the Zika virus – and its transmissibility – when the virus migrated to South America. Another hypothesis suggests cross-immunity with circulating dengue viruses; in other words, individuals who are immune to dengue are also temporarily immunized against Zika. “This publication raises several questions. And we don’t yet know why such a difference exists. But one thing that has been confirmed is that it is important to have surveillance systems in place that can monitor Zika on a long-term basis, even if there are no visible signs of its activity,” concludes Henrik Salje.

Heart disease in pregnancy: A special look at peripartum cardiomyopathy

The gut may be involved in the development of multiple sclerosis