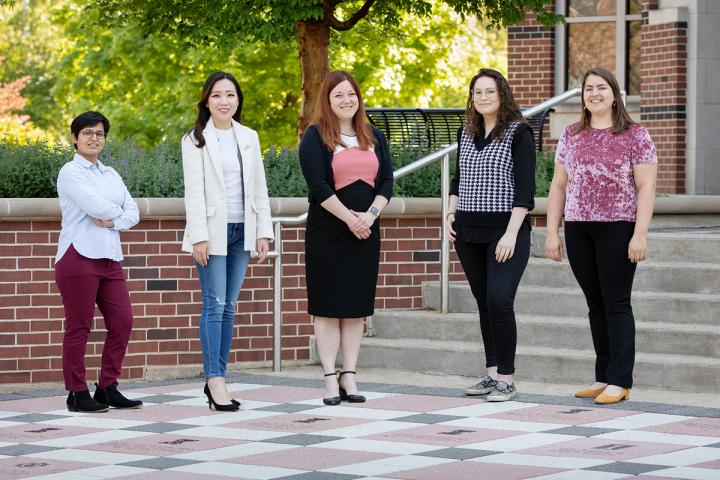 CHAMPAIGN, Ill. — Young people with diverse gender identities may be bullied and victimized up to three times more often than peers who identify as male or female, a new study of more than 4,464 adolescents in Illinois found.

The students were part of a statewide survey of eighth- through 12th-grade youths in Illinois schools.

“Transgender youths reported the highest rates of all forms of peer victimization, which were double to nearly triple those of males and up to 2.6 times higher than those of females,” said social work professor Rachel Garthe of the University of Illinois Urbana-Champaign, who led the research.

“Slightly more than half of transgender youths reported verbal abuse such as peers calling them names or spreading rumors about them. About one in three of these youths reported cyber victimization, and slightly fewer reported psychological dating violence,” such as a romantic partner denigrating or trying to control them, Garthe said.

Gender-expansive youths – students who don’t identify as male, female or transgender – experienced disproportionately higher rates of all forms of bullying and dating violence.

Among these students, 41% experienced verbal abuse, nearly 32% were cyberbullied and 19% experienced physical violence, according to the study.

Garthe said the findings, published in the journal Pediatrics, are very concerning and underscore the need for supportive policies and practices for students with diverse gender identities who may need help coping with psychological and physical violence from peers and romantic partners.

Additionally, she said more programs are needed in schools that prevent these types of violence from being perpetrated.

The students in the current study were a subset of the participants in the 2018 Illinois Youth Survey, a biennial survey that gathers data on a variety of social, behavioral and health indicators from youths in schools throughout Illinois. The Center for Prevention Research and Development, a unit within the U. of I. School of Social Work, conducts the survey.

Despite growing numbers of schools implementing anti-bullying policies that include protections based on sexual or gender identity, rates of victimization remain high among lesbian, gay, bisexual, transgender and questioning youths, research has shown.

However, LGBTQ students report feeling safer and more connected at school and experience fewer gender-related negative remarks from peers when resources such as LGBTQ-inclusive curricula are taught, according to the study.

When anti-bullying policies with LGBTQ protections are implemented, students are less likely to be forced to use bathrooms that match their assigned sex or wear clothing incongruent with their gender identity or expression, Garthe said.

“To enhance the effectiveness of these policies and further support these students, anti-transphobic education for teachers, administrators and students is needed, along with the use of pronouns that reflect individuals’ gender identity,” Garthe said.

U. of I. co-authors of the paper were research biostatistician Amandeep Kaur, of the Interdisciplinary Health Sciences Institute; and graduate students Agnes Rieger, Allyson M. Blackburn and Shongha Kim. Social work professor Jacob Goffnett, of the University of Arkansas, also was a co-author.