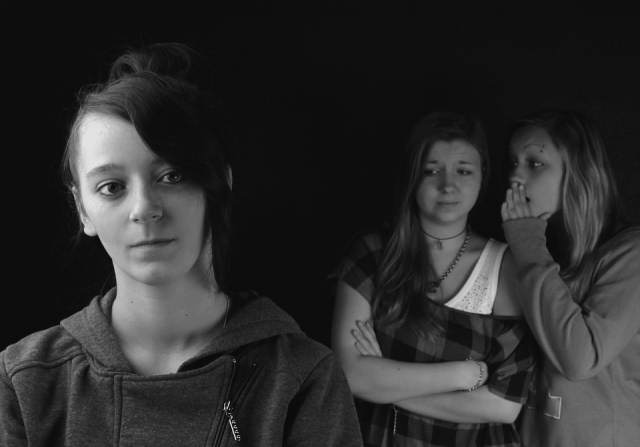 SEATTLE — Youth cyberbullying is dramatically more likely to occur between current or former friends and dating partners than between students who were never friends or in a romantic relationship, suggests a new study that will be presented at the 111th Annual Meeting of the American Sociological Association (ASA).

“A common concern regarding cyberbullying is that strangers can attack someone, but here we see evidence that there are significant risks associated with close connections,” said Diane Felmlee, the lead author of the study and a professor of sociology at The Pennsylvania State University. “The large magnitude of the effects of close relationships on the likelihood of cyberbullying, even after controlling for many other factors, was particularly surprising.”

The study found that the likelihood of cyberbullying — which the study authors also refer to as cyber aggression, defined as electronic or online behavior intended to harm another person psychologically or damage his or her reputation — was approximately seven times greater between current or former friends and dating partners than between young people who had neither been friends nor had dated.

“We believe that competition for status and esteem represents one reason behind peer cyberbullying,” Felmlee said. “Friends, or former friends, are particularly likely to find themselves in situations in which they are vying for the same school, club, and/or sport positions and social connections. In terms of dating partners, young people often have resentful and hurt feelings as a result of a breakup, and they may take out these feelings on a former partner via cyber aggression. They might also believe they can win back a previous boyfriend or girlfriend, or prevent that person from breaking up with them or dating someone else, by embarrassing or harassing him or her.”

Titled, “Toxic Ties: Networks of Friendship, Dating, and Cyber Victimization,” the study, which will appear in the September issue of Social Psychology Quarterly, analyzed survey results from nearly 800 eighth- to twelfth-grade students in 2011 at a public school in a suburb of New York City. The survey collected data about participants’ social networks, dating history, and cyberbullying experiences.

Felmlee and co-author Robert Faris, an associate professor of sociology at the University of California-Davis, found that approximately 17.2 percent of students had been involved with cyberbullying within a week of their having been surveyed — 5.8 percent were purely victims, 9.1 percent were solely aggressors, and 2.3 percent were both. In most cases, the cyber aggression occurred over Facebook or text message.

The researchers also found that certain types of students were much more likely than others to be victimized. For example, girls were twice as likely as boys to fall victim to cyber aggression. “In spite of societal progress regarding gender inequality, there remains a tendency to attribute lower levels of esteem and respect to females in our society, including within schools,” Felmlee said. “Males tend to dominate powerful positions within schools, and traditional, male sports often gain greater attention than those in which females participate. Cyber aggression towards girls may be in part an attempt to keep girls ‘in their places.'”

In a section of the survey that allowed students to describe the nature of their cyber aggressive interactions, LGBTQ students reported being called homophobic slurs and, in at least one case, unwillingly having their sexual identities revealed to others. Overall, incidents of cyber aggression ranged from threats and the posting of embarrassing photos and nasty rumors to criminal activities such as identity theft and physical relationship violence that the attacker posted about online.

“Our study calls attention to the role of cyber aggression within close relationships, and we hope that bullying prevention programs will incorporate these findings into their curricula, particularly through the development of interventions to help heal or resolve toxic, abusive relationships among teens,” Felmlee said.

In addition to potential efforts in schools to stop cyberbullying, Felmlee said parents can also take steps to mitigate cyber aggression in their children’s lives. “Many people may be unaware that current or former friends and romantic partners are the most likely perpetrators of cyberbullying, at least among school-aged teens,” Felmlee said. “We hope parents turn a watchful eye to their teenager’s closest associates, and pay attention to his or her online activities for signs of abuse.”

The paper, “Toxic Ties: Networks of Friendship, Dating, and Cyber Victimization,” will be presented on Saturday, Aug. 20, at 2:30 p.m. PDT in Seattle at the American Sociological Association’s 111th Annual Meeting.