You can’t blame your genes if you don’t lose weight, study finds 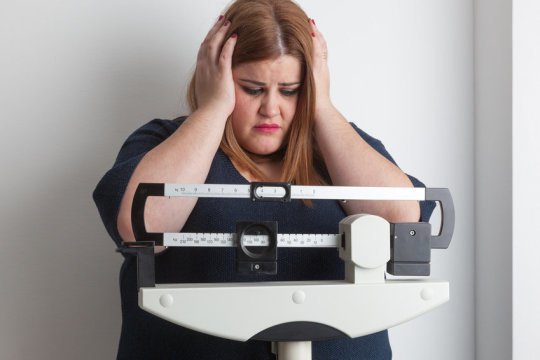 Carriers of the FTO gene are known to be on average 3 kilos (6.6lbs) heavier and 70% more likely to be obese. However, researchers at Newcastle University, publishing in The BMJ today, report that in a review of eight studies involving over 9,000 people, carrying this gene did not prevent them losing weight.

John Mathers, Professor of Human Nutrition at Newcastle University, who led the study, said: "You can no longer blame your genes. Our study shows that improving your diet and being more physically active will help you lose weight, regardless of your genetic makeup."

Getting the weight off

Obesity is a major health problem and, in the UK, more than 25% of adults are obese. For some people, carrying the risk variant of the FTO gene can lead to them being heavier and increasing their risk of obesity. The FTO gene has been shown to have the biggest effect in this area.

In a major collaborative systematic review and meta-analysis, the international team used individual data from 9,563 adults who were enrolled in randomised controlled weight loss trials around the world to find out whether carrying the risk version of the FTO gene affects how much weight people lose.

"This is important news for people trying to lose weight as it means that diet, physical activity or drug-based weight loss plans will work just as well in those who carry the risk version of FTO.

"For public health professionals, it means that the adverse effects of the FTO genotype on weight gain are not an impediment to weight loss interventions."

Importantly, the team found that the response to weight loss interventions for people carrying the risk variant of the FTO gene was similar for men and women, younger and older and people of different ethnicities. However, most people in the studies were Caucasians with smaller numbers of those from Black/ African American and Hispanic backgrounds. The team say future research should explore effects of FTO on weight loss in other ethnic groups. In addition, the effects of other obesity-related genes on weight loss remain to be investigated.

In a linked editorial in The BMJ, Dr Alison Tedstone, chief nutritionist at Public Health England, says the causes of the obesity epidemic are multiple and complex, but current evidence suggests they have little to do with gene profiles.

She argues that, if we are to turn back the tide of obesity, a focus on personalised interventions based on the genome "may not pay off, at least in the short term." Instead, she says "a rebalancing of research towards whole systems approaches including environmental drivers may be of greater benefit to the population in the long term."

The above post is reprinted from materials provided by Newcastle University. Note: Content may be edited for style and length.