The multicellular stage of the amoeba Dicyostelium discoideum is partially regulated by an intensely yellow natural substance, as researchers of the Leibniz Institute for Natural Product Research and Infection Biology – Hans Knöll Institute (Leibniz-HKI) have discovered. The newly identified natural product of the polyketide family prevents the amoebae spores from hatching too early. The study was published in the scientific journal PNAS. 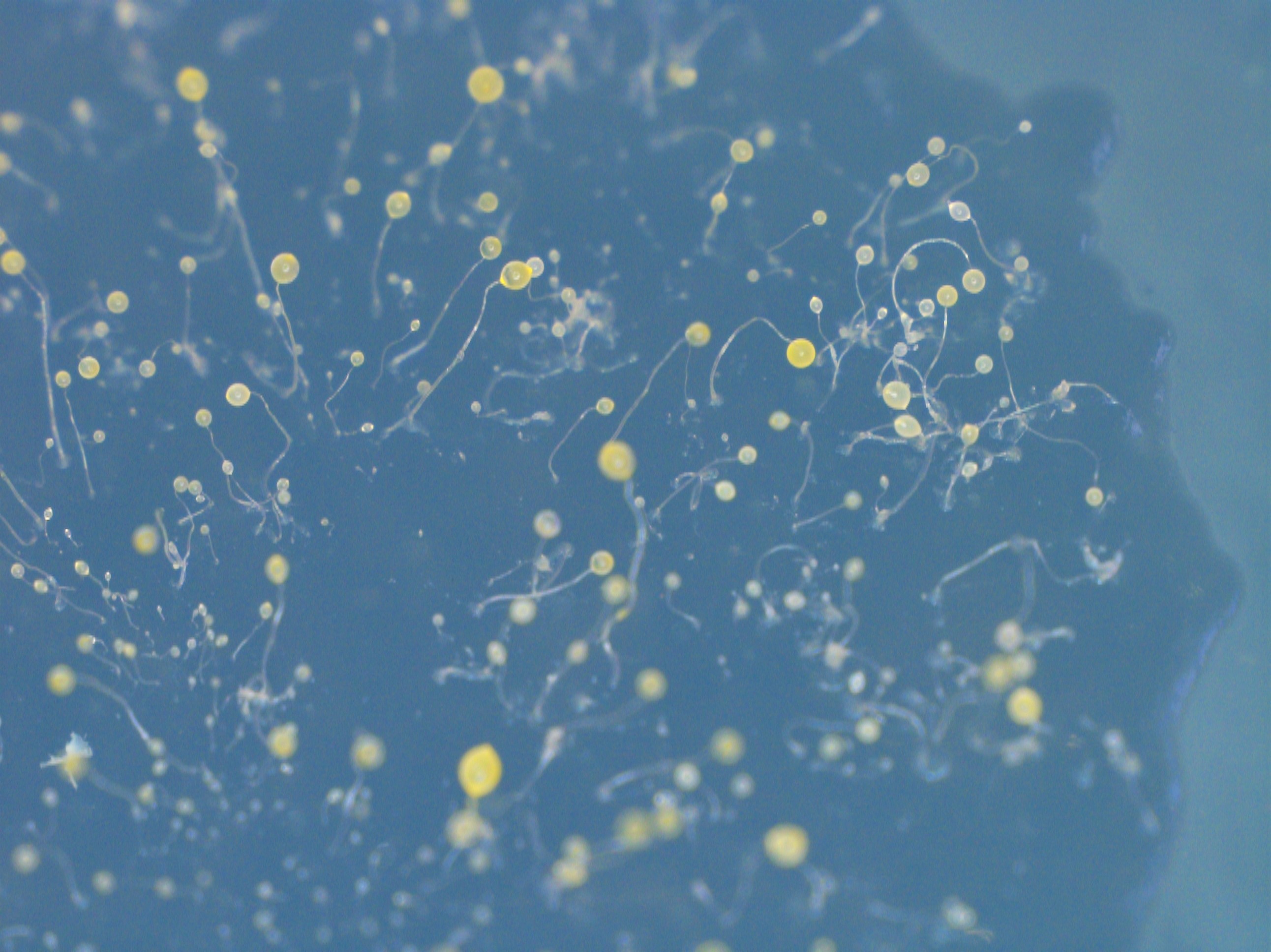 The multicellular stage of the amoeba Dicyostelium discoideum is partially regulated by an intensely yellow natural substance, as researchers of the Leibniz Institute for Natural Product Research and Infection Biology – Hans Knöll Institute (Leibniz-HKI) have discovered. The newly identified natural product of the polyketide family prevents the amoebae spores from hatching too early. The study was published in the scientific journal PNAS.

Social amoebae are unicellular organisms that can join together to form a multicellular organism visible to the naked eye when food is scarce. In a complex process, they form a fruiting body filled with spores that are carried on by wind or by animals.

“You can imagine this fruiting body like a water balloon,” explains Rosa Herbst from the Department of Paleobiotechnology at the Leibniz-HKI, co-first author of the study. “It can easily burst and the spores are released.”

“Amoebae produce a variety of natural substances that could be interesting, for example, for the development of new medicines,” explains Pierre Stallforth, head of the Department of Paleobiotechnology and professor at Friedrich Schiller University in Jena. He led the study together with Falk Hillmann, head of the research group Evolution of Microbial Interactions at Leibniz-HKI and now professor at Wismar University of Applied Sciences. In most cases, however, it is not known what the actual biological function of these substances is. The amoeba D. discoideum has 40 polyketide biosynthesis genes that code for enzymes that produce the polyketides.

“Polyketide synthase 5, which we studied, is only the third one where we have an idea of the function and structure of the corresponding polyketide,” points out Christin Reimer, co-first author. This is despite the fact that D. discoideum is an intensively researched model organism that is widely distributed in the soil.

The team, which involved several research groups at the Leibniz-HKI, combined data from transcriptome and metabolome analyses for the study. First, the researchers investigated which enzymes are produced during the formation of the fruiting body and selected the most promising one for further investigation. They switched off the corresponding gene with the help of the CRISPR-Cas9 gene scissors. By comparing it to the metabolites of the unmodified amoebae, they were able to identify the polyketide dictyoden, a yellow pigment.

“At first, we had no idea what this polyketide does,” says third first author Markus Günther. However, the team found that in the amoebae without polyketide synthase 5, the fruiting bodies often contained amoebae that hatched too early. In further experiments, in which they reintroduced dictyodes, they were able to reverse this early hatching by 50 percent. “So obviously other substances play a role, but we assume that dictyoden is particularly important in suppressing early hatching.”

“With this study, we have developed a reliable approach to study polyketides in their physiological and ecological context,” says Pierre Stallforth. In further steps, the team also wants to explore other polyketide synthases of the amoeba and thus find out more about the complex transition from single- to multicellularity.

The research work of the Department of Paleobiotechnology is supported by the Leibniz Association and the Werner Siemens Foundation. The study was also funded by the Deutsche Forschungsgemeinschaft (German Research Foundation), among others within the framework of the Balance of the Microverse Cluster of Excellence and the ChemBioSys Collaborative Research Centre, by the European Social Fund, the European Regional Development Fund and the Federal Ministry of Education and Research.

Methods and data on metabolite production are part of a patent application by C.R., J.E.K., V.V., and F.H.