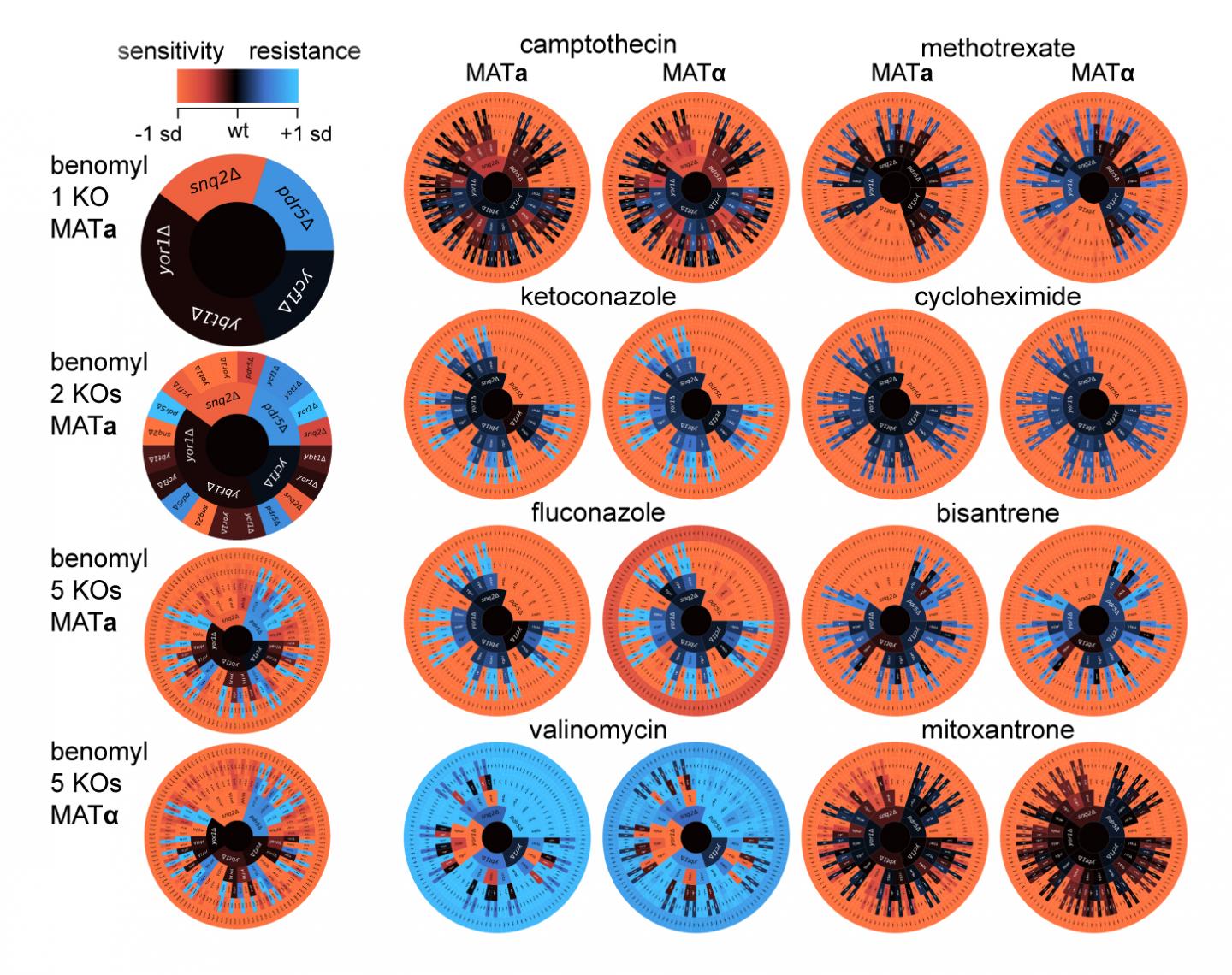 Most diseases are complex–caused by faults in multiple genes–but studying how combinations of different genetic variants affect cellular traits is challenging. A new study from Frederick Roth’s team, out today in the journal Cell Systems, uses baker’s yeast as a model system to demonstrate a new approach to understand how genes can interact in unexpected ways.

Previous research in yeast cells by Donnelly Centre teams revealed how genes interact in pairs and in combinations of threes, taking into account almost all 6,000 genes in the yeast genome.

Now Roth, a professor of molecular genetics and computer science in the Donnelly Centre for Cellular and Biomolecular Research and a senior scientist at the Lunenfeld-Tanenbaum Research Institute at Sinai Health System in Toronto, wanted to take this further and investigate how larger groups of genes work together.

He decided to focus on a group of 16 genes which encode proteins known as ABC transporters that pump out toxins and waste from cells. ABC transporters are found on the cell’s surface and are implicated in drug resistance.

“ABC transporters are a key way to pump small molecules out of the cell,” says Roth. “They are a major source of resistance to cancer drugs, and also of antibiotic resistance in bacteria and fungi.”

Roth’s team developed a general strategy, X-gene Genetic Analysis, or XGA, for understanding the impact of perturbing many different gene combinations. To demonstrate the approach, they engineered more than 5000 yeast strains, each lacking a random subset of 16 ABC transporter genes, and tested the ability of each strain to grow when exposed to a panel of 16 different drugs.

ABC transporters are each capable of ridding cells from a specific subset of harmful molecules. For any given drug, it was therefore expected that knocking out ABC transporters would either do nothing or make the yeast more sensitive to that drug. In the case of fluconazole, a front-line antifungal medication, deleting the gene PDR5 made cells highly sensitive to fluconazole. This was expected given that the PDR5 transporter is known to pump out fluconazole.

But in some instances, the removal of a transporter enhanced rather than reduced the cells’ resistance to the drug. For example, when the gene SNQ2 was deleted, cells become more resistant to fluconazole. Even more surprising, there were examples where removing larger sets of transporters had a synergistic effect, leading to hyper-drug-resistant cells.

As the researchers began removing certain transporter genes from the yeast, the cells grew better until the strain lacking four genes grew twice as fast as the “healthy” strain containing all the genes. When the known fluconazole exporter, PDR5, was removed, cells once again became sensitive to fluconazole, suggesting that these four transporters are normally ‘putting the brakes’ on PDR5, so that its activity goes up as more of these genes are deleted. However, how this occurs was not clear.

Based on everything known about these genes, Albi Celaj, a postdoctoral fellow in the lab and a lead author on the paper, developed a computational ‘neural network’ model showing that the four genes can repress PDR5 in at least two different ways. Roth’s team, in collaboration with the team of Igor Stagljar, also a professor at the Donnelly Centre, confirmed this model. They showed that the four genes serve both to damp down the amount of PDR5 transporter that is produced by the cell, and that SNQ2 and YOR1 transporters can directly bind to PDR5, offering a potential direct mechanism for repression of PDR5 transporter activity.

“We knew from before that PDR5 is the major efflux pump for fluconazole,” says Roth. “But now we uncovered this five-gene story where we need to delete four genes to achieve maximum resistance but deleting a fifth gene [PDR5] totally reverses this effect.”

Roth hopes that other groups will also make use of the XGA strategy, which can be applied to other sets of genes and potentially human cells, to try and tease apart other complicated combinations of genetic effects.

As well as providing new insights into higher order gene interactions, the findings also reveal molecular mechanisms by which cells can gain drug resistance with implications for the development of new treatments.

This work done was in collaboration with Nozomu Yachie, an Associate Professor at the Research Center for Advanced Science and Technology of the University of Tokyo.

With this new alpha-gel, the cream of all skin creams could be here

New study identifies biomarkers to predict the risk of atrial…