A cross-disciplinary team of researchers from West Virginia University are undertaking a pioneering project in space weather research to improve modeling and forecasting of space weather to safeguard satellites in orbit and infrastructure on Earth. 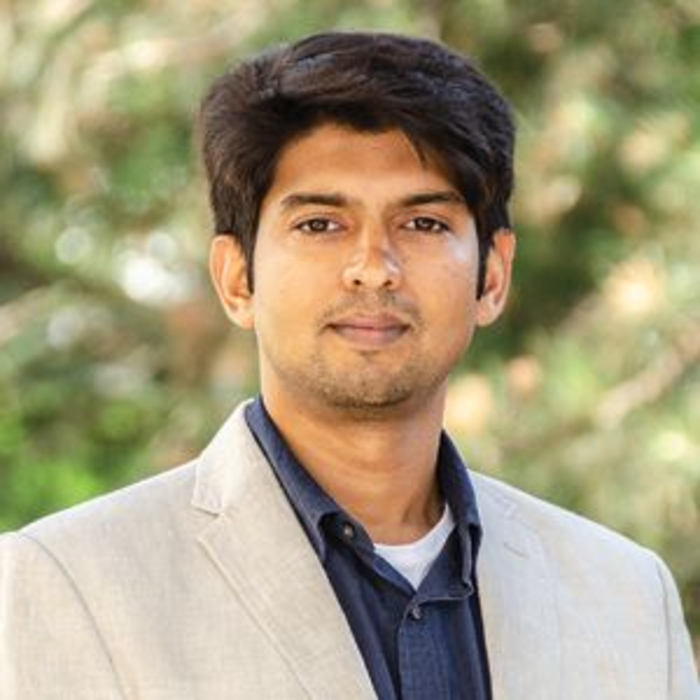 A cross-disciplinary team of researchers from West Virginia University are undertaking a pioneering project in space weather research to improve modeling and forecasting of space weather to safeguard satellites in orbit and infrastructure on Earth.

Space weather is a relatively unexplored phenomenon that is caused by large bursts of particles released by the sun. The unusually strong bursts result in geomagnetic storms which can cause severe problems for satellites in orbit, and in some cases, unleash problems on Earth, too.

The team has been awarded $2.4 million over four years from the National Science Foundation in collaboration with colleagues from University of Texas at Arlington, the Bay Area Environmental Research Institute, and the Electric Power Research Institute under the Grand Challenges in Integrative Geospace Sciences: Advancing National Space Weather Expertise and Research toward Societal Resilience (ANSWERS) program. The project includes co-principal investigators Oleg D. Jefimenko Professor of Physics and Astronomy Earl Scime, Associate Professor Weichao Tu, Research Assistant Professor Christopher Fowler, Professor Paul Cassak from the Department of Physics and Astronomy, and Professor Snehalata Huzurbazar from the Department of Mathematics, Statistics and Data Science at WVU.

The project will encompass a first-of-its-kind experimental investigation to understand how plasma—the most abundant state of matter in our solar system—interacts with elements in the atmosphere around the sun and Earth.

Scime will lead the laboratory investigation aspect of the project in the Center for KINetic Experimental, Theoretical, and Integrated Computational Plasma Physics in WVU’s Eberly College. The KINETIC Center, funded by NASA, NSF and the Department of Energy, is the only facility in the world capable of making three-dimensional measurements of the motion of positively charged ions and electrons at small scales.

According to Scime, the big challenge will be to measure how readily particles in the plasma undergo collisions by shooting a beam of electrons through the plasma and measuring how often they collide to reproduce different layers of the Earth’s ionosphere or the solar atmosphere.

“The award addresses a very acute need in the space weather community for gaining a better understanding of how charged particles and neutral particles in a plasma interact in various environments within the solar system,” Mehta said. “Space weather models presently either ignore the effects of plasma-neutral interactions or rely on dated models and data that have been obtained from simple experiments. We are going to update the information that exists historically, after decades, using a novel experimental investigation.”

Mehta, principal investigator of the project, will serve as the project’s coordinator and will lead the efforts for identifying the conditions for which the simulations will be performed, otherwise known as design of experiments, and the development of contemporary collision frequency models that will be folded into state-of-the-art space weather models.

Mehta is also an investigator on a second $900,000 ANSWERS project led by Rutgers University that aims to improve our understanding and predictions of several linked space weather components: geoeffective solar eruptions, global magnetic response of Earth to these eruptions, as well as variation of neutral density in the Earth’s thermosphere and its effect on satellite drag. The project is also a collaborative effort between researchers from Rutgers, New Jersey Institute of Technology, Montclair State University and WVU.

“The two projects are very relevant to each other,” Mehta said. “In the project led by Rutgers, we want to see how what the sun does translates to near-Earth environment and trickles down with the energy transfer to the upper atmosphere to understand how that impacts the change in density of the atmosphere, and eventually the change in drag that ultimately impacts satellites in orbit.”

The WVU-led project also incorporates a large educational outreach element that will distribute science kits geared towards exciting and modern science topics to elementary schools in 21 West Virginia counties. The outreach effort will be led by WVU physics Professors Cassak and John Stewart in collaboration with the Spark! Imagination and Science Center in Morgantown.

“Substantial research has shown that hands-on activities are key to learning science and motivating students to select STEM careers,” Stewart said. “This equipment may not be currently available to all teachers in West Virginia. We hope the students will first develop an interest in science and a curiosity which causes them to investigate further. We hope they begin to see themselves as future scientists and engineers and begin to make the educational choices that make these exciting careers possible.”

As the kits are delivered, teachers will be provided with lesson plans. An outreach presentation will also be made to the classroom to further generates excitement about science.

“None of this would have been possible without having a team at WVU that has complementary expertise,” Mehta said. “It’s truly a multi-disciplinary and multi-institution collaborative project, and by leveraging this, we are aiming to solve a problem that has been very difficult and challenging to solve.”