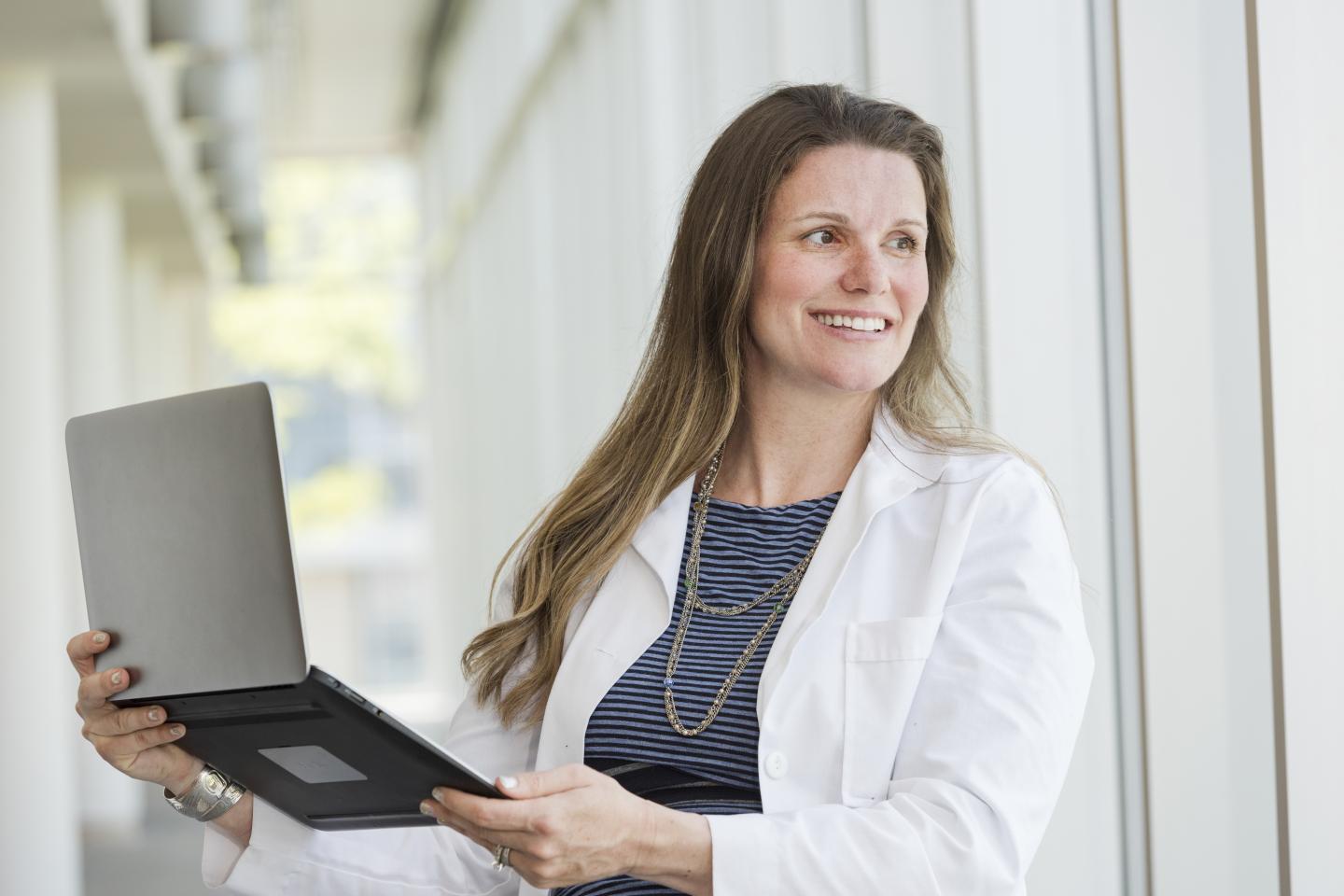 Doctors have about three hours to administer the most effective treatment for the most common type of stroke. If they miss that window, recovery becomes questionable, and survival rates plummet.

Amelia Adcock, associate director of the West Virginia University Stroke Center, is customizing an app that helps first responders in West Virginia triage stroke patients efficiently when they respond to a 911 call.

“How can we use real-time data to use our stroke resources as wisely as we can?” said Adcock, an associate professor in the School of Medicine who directs the WVU Center for Teleneurology and Telestroke.

A scarcity of stroke care

The free app–called JoinTriage–was created by Allm Inc., a Japanese software developer. It guides paramedics, emergency medical technicians and other first responders through an assessment of stroke symptoms’ severity. An algorithm considers multiple factors–such as the patient’s age, when symptoms started and whether the patient has arm or facial weakness–and rates the stroke’s severity on a scale of 1 to 9. Based on that score, the app recommends the most appropriate type of stroke center for the patient and presents a map of the closest options.

But the app doesn’t yet reflect the care that each of West Virginia’s hospitals provides. Using data collected through the WVU telestroke program, Adcock is working with Allm Inc. and her colleagues across the state to change that.

“The whole point of telestroke is to treat people and get them to the right place,” said Adcock, who receives support from the West Virginia Clinical and Translational Science Institute.

The Joint Commission has certified just five hospitals in West Virginia as official stroke centers. Of those, only one–the WVU Stroke Center in Morgantown–has been deemed a comprehensive stroke center that offers endovascular procedures around the clock.

The others–Raleigh General Hospital in Beckley, Cabell Huntington Hospital in Huntington, City Hospital in Martinsburg and Camden-Clark Memorial Hospital in Parkersburg–are primary stroke centers that provide robust stroke treatment but may not be able to treat the most complex cases 24/7.

“Within that limited paradigm, how can we improve our outcomes?” Adcock said. “We’re using research to influence how we route stroke patients. We’re going to customize the app and see how it meets the needs of West Virginians.”

WVU launched its telestroke program in 2015 to connect rural hospitals throughout the state with neurologists at WVU. By working together, they could diagnose and treat strokes faster. “By the fall, we will be live with at least 15 sites,” Adcock said.

As part of the program, Adcock and her team members have been gathering treatment data from participating hospitals, including what treatments WVU neurologists recommend and why, how many patients receive noninvasive treatments and how often patients are transferred from one hospital to another. “I know the door-in/door-out times for stroke patients at any center,” she said. Inputting information like this into the app will make the app’s recommendations more reliable.

For instance, the Food and Drug Administration has approved a single, noninvasive treatment for ischemic strokes, a category that 87 percent of strokes occupy. The injectable drug–called Alteplase IV r-tPA, or TPA–is effective up to three hours after symptoms emerge.

A more granular representation of hospitals’ capabilities may also cut down on transports from one hospital to another. In particular, it might prevent patients from being driven to a facility that can’t help them, only to be helicoptered to a second place that can. Doing so delays time-sensitive treatment. It can also be expensive for the patient.

“We’re hopeful we’ll be able to customize the app to add more information about functional status. That is one criteria for intervention. Does it make sense for the hospital and the family to pay $50,000 for a helicopter ride? Would we be risking the patient’s and pilots’ lives unnecessarily?” Adcock said.

Due to the efforts of the West Virginia Advisory Stroke Council–of which Adcock is a member–statewide protocol now calls for emergency medical services to use JoinTriage. The protocol went into effect on August 1.

The Council was formed by the state legislature’s mandate. Its objective: working with the West Virginia Office of Emergency Medical Services to design stroke protocol for adoption across the state.

“West Virginia is uniquely poised to launch an app like this one,” Adcock said. “We’re small enough to build a statewide stroke network that we can study across the board.”

Improving the magnetic bottle that controls fusion power on Earth

Once thought to be asexual, single-celled parasites caught in the act

As light as a lemon: How the right smell can help with a negative body…