Worm infestation in intestine has a remote effect on viral defenses 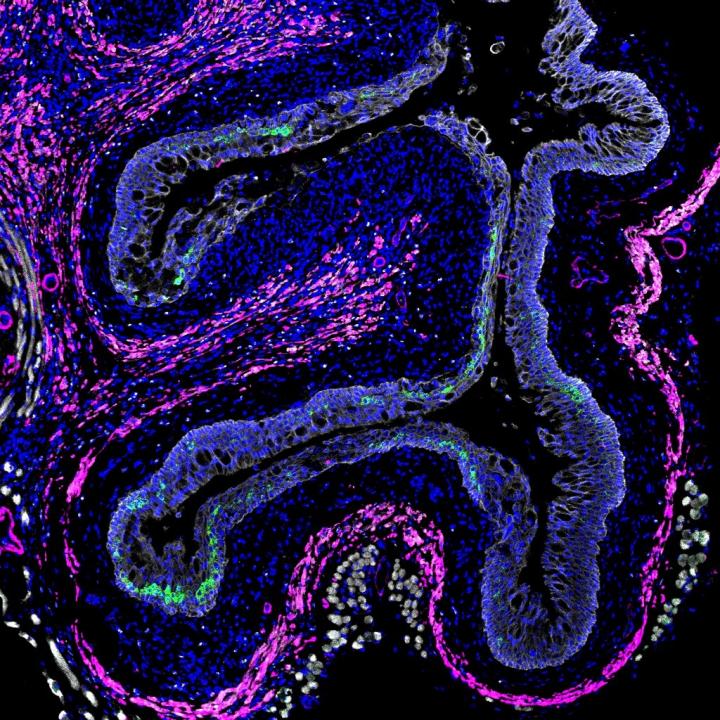 Infection with parasitic intestinal worms (helminths) can apparently cause sexually transmitted viral in-fections to be much more severe elsewhere in the body. This is shown by a study led by the Universities of Cape Town and Bonn. According to the study, helminth-infected mice developed significantly more severe symptoms after infection with a genital herpes viruses (Herpes Simplex Virus). The researchers suspect that these results can also be transferred to humans. The results have now appeared in the journal Cell Host & Microbe.

In sub-Saharan Africa, both worm infections and sexually transmitted viral diseases are extremely com-mon. These viral infections are also often particularly severe. It is possible that these findings are related. At least, this is the conclusion suggested by the current findings from mice.

The scientists involved in the study investigated how an infestation with helminths affects the course of a herpes infection of the female genital tract in the animals. “The results themselves surprised us in their clarity,” explains Prof. William Horsnell PhD., of the Institute of Infectious Diseases and Molecular Medi-cine at the University of Cape Town. “Genital herpes disease is often accompanied by scarring of the vagi-na, known as necrosis. In our study, this serious symptomatology occurred twice as often as normal after helminth infestation.”

The finding is also surprising because the worms themselves never infest the female genital tract. They are parasites that are ingested with food or through the skin and eventually migrate to the intestines. “So this is a remote effect of helminth infection that was not known before,” explains Dr. Laura Layland of the Insti-tute of Medical Microbiology, Immunology and Parasitology at Bonn University Hospital.

The researchers were able to show that a specific group of immune cells, the eosinophil granulocytes, is responsible for the necrotization. These are white blood cells that are specialized in fighting worms and other parasites. They are armed with cell-decomposing enzymes that they carry around inside them. However, these are not freely available – they are too dangerous for that. Instead, they are packed in so-called granules (hence the name “granulocytes”). Upon contact with a parasite, the cells channel these granules to the outside, where they release their deadly cargo.

“In our case, however, the worm infestation in the intestine causes eosinophilic granulocytes to accumu-late in the vagina during a concurrent genital herpes infection,” Horsnell points out. “They then secrete their cell-damaging enzymes there, even though no helminths are present. And it’s this misdirected im-mune response that leads to the serious damage in the mucosa of the vagina that we’ve observed.”

A specific immune messenger, interleukin-33, appears to play an important role in this process, indirectly causing the accelerated maturation of granulocytes in the vagina. “We inhibited IL-33 with a specific com-pound,” Horsnell explains. “The mice then developed significantly less tissue damage in the genital tract.” The scientists are now looking for potential drugs that are also suitable for use in humans and that can be produced inexpensively.

The fact that the study could be carried out successfully is also thanks to a cooperation program between Germany and Africa funded by the German Research Foundation (DFG). “The Institute of Medical Micro-biology, Immunology and Parasitology at the University of Bonn sees its role in this as being, among other things, the transfer of know-how,” explains Dr. Laura Layland. “We train researchers in the countries on site, for example, in the use of analytical techniques and scientific methods, an offer that also benefits young scientists in particular.”

To this end, Layland and her colleagues are conducting workshops in African countries and in Bonn, among other places. The aim is to strengthen existing scientific expertise in the affected regions and thus significantly improve research into and control of parasitic worm infections in the medium term.