The contents of the last meal consumed by the earliest animals known to inhabit Earth more than 550 million years ago has unearthed new clues about the physiology of our earliest animal ancestors, according to scientists from The Australian National University (ANU). 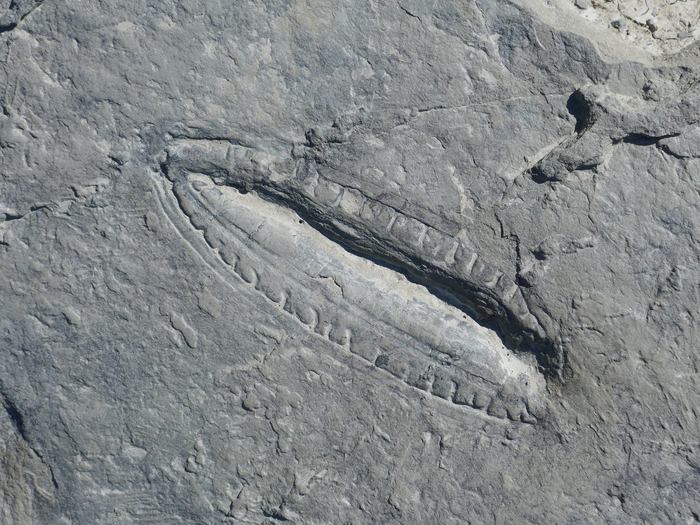 The contents of the last meal consumed by the earliest animals known to inhabit Earth more than 550 million years ago has unearthed new clues about the physiology of our earliest animal ancestors, according to scientists from The Australian National University (ANU).

Ediacara biota are the world’s oldest large organisms and date back 575 million years. ANU researchers found the animals ate bacteria and algae that was sourced from the ocean floor. The findings, published in Current Biology, reveal more about these strange creatures, including how they were able to consume and digest food.

The scientists analysed ancient fossils containing preserved phytosterol molecules — natural chemical products found in plants — that remained from the animals’ last meal. By examining the molecular remains of what the animals ate, the researchers were able to confirm the slug-like organism, known as Kimberella, had a mouth and a gut and digested food the same way modern animals do. The researchers say it was likely one of the most advanced creatures of the Ediacarans.

The ANU team found that another animal, which grew up to 1.4 metres in length and had a rib-like design imprinted on its body, was less complex and had no eyes, mouth or gut. Instead, the odd creature, called Dickinsonia, absorbed food through its body as it traversed the ocean floor.

“Our findings suggest that the animals of the Ediacara biota, which lived on Earth prior to the ‘Cambrian Explosion’ of modern animal life, were a mixed bag of outright weirdos, such as Dickinsonia, and more advanced animals like Kimberella that already had some physiological properties similar to humans and other present-day animals,” lead author Dr Ilya Bobrovskiy, from GFZ-Potsdam in Germany, said.

Both Kimberella and Dickinsonia, which have a structure and symmetry unlike anything that exists today, are part of the Ediacara biota family that lived on Earth about 20 million years prior to the Cambrian Explosion – a major event that forever changed the course of evolution of all life on Earth.

“Ediacara biota really are the oldest fossils large enough to be visible with your naked eyes, and they are the origin of us and all animals that exist today. These creatures are our deepest visible roots,” Dr Bobrovskiy, who completed the work as part of his PhD at ANU, said.

Study co-author Professor Jochen Brocks, from the ANU Research School of Earth Sciences, said algae are rich in energy and nutrients and may have been instrumental for Kimberella’s growth.

Using advanced chemical analysis techniques, the ANU scientists were able to extract and analyse the sterol molecules contained in the fossil tissue. Cholesterol is the hallmark of animals and it’s how, back in 2018, the ANU team was able to confirm that Ediacara biota are among our earliest known ancestors.

The molecules contained tell-tale signatures that helped the researchers decipher what the animals ate in the lead up to their death. Professor Brocks said the difficult part was differentiating between the signatures of the fat molecules of the creatures themselves, the algal and bacterial remains in their guts, and the decaying algal molecules from the ocean floor that were all entombed together in the fossils.

“Scientists already knew Kimberella left feeding marks by scraping off algae covering the sea floor, which suggested the animal had a gut. But it was only after analysing the molecules of Kimberella’s gut that we were able to determine what exactly it was eating and how it digested food,” Professor Brocks said.

“Kimberella knew exactly which sterols were good for it and had an advanced fine-tuned gut to filter out all the rest.

“This was a Eureka moment for us; by using preserved chemical in the fossils, we can now make gut contents of animals visible even if the gut has since long decayed. We then used this same technique on weirder fossils like Dickinsonia to figure out how it was feeding and discovered that Dickinsonia did not have a gut.”

Dr Bobrovskiy retrieved both the Kimberella and Dickinsonia fossils from steep cliffs near the White Sea in Russia — a remote part of the world home to bears and mosquitoes — in 2018.