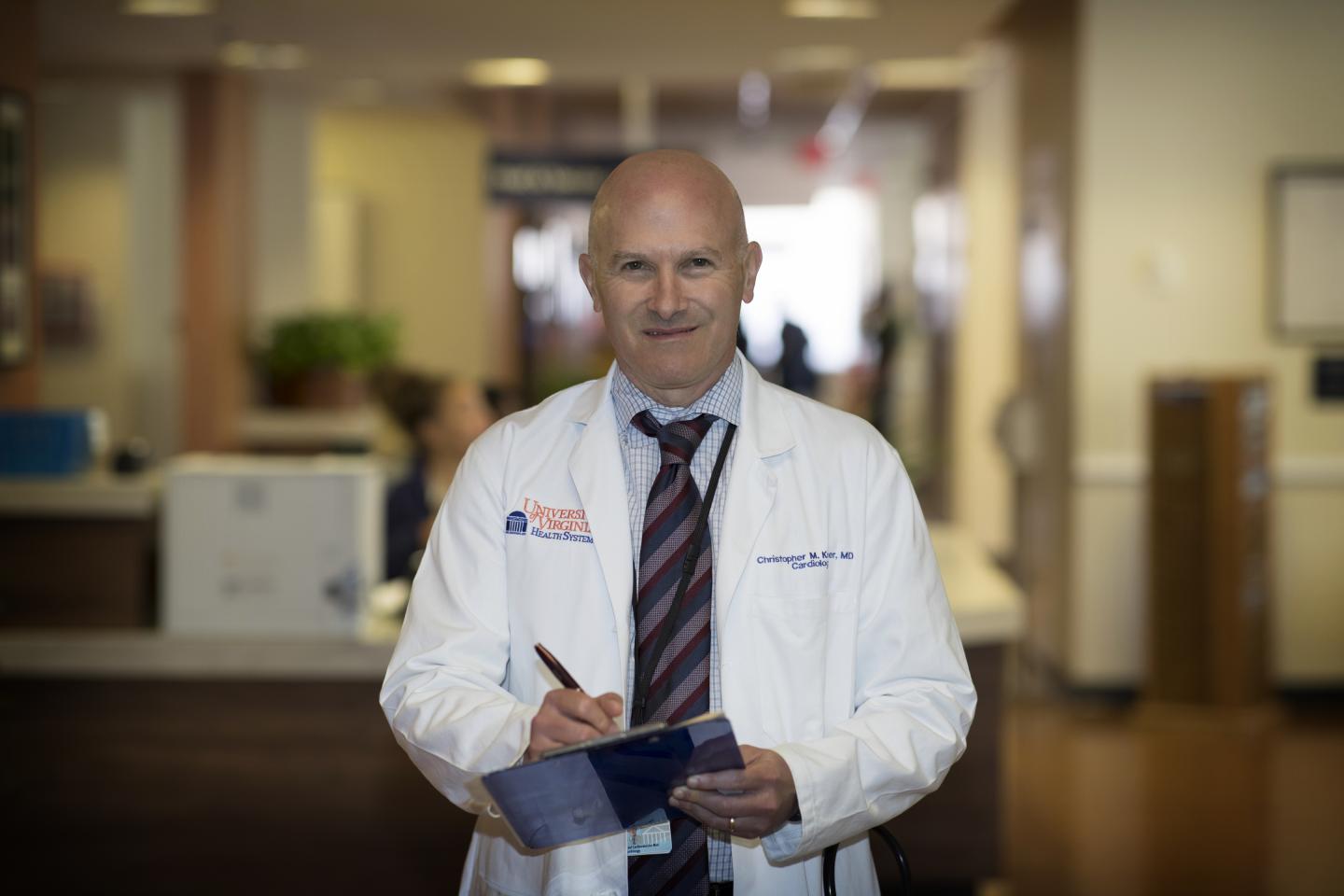 Researchers have revealed the initial results from the world’s largest comprehensive study of hypertrophic cardiomyopathy, an abnormal thickening of the heart that often goes undiagnosed and can prove deadly. The condition can present at any age, and it is the most common cause of sudden cardiac death in young athletes.

The early findings from the $14.4 million study suggest that patients can largely be grouped into two buckets: Patients with a clearly defined genetic mutation tended to have more scarring of the heart muscle, while patients without such a mutation tended to have no scar and more obstruction of blood flow. That information improves doctors’ understanding of the condition and will, with additional research, help them predict patients’ risk of sudden cardiac death and heart failure and determine the best treatment strategies.

“It really changes the way we think about patients. We can categorize them more easily,” said Christopher M. Kramer, MD, a cardiologist at UVA Health and a co-principal investigator of the massive study. “The more we can understand and group patients into categories, the better we will be able to learn what the best therapies are.”

The researchers developed and examined a registry of more than 2,750 patients with hypertrophic cardiomyopathy (HCM) at 44 sites in six countries. In a first-of-its-kind approach, the research team integrated high-tech imaging, genetic analysis and biomarker data with traditional clinical information to facilitate the most sophisticated analysis of HCM ever undertaken.

Most prior HCM analyses have been retrospective, meaning they examined pre-existing data. That approach is limited by what information happens to be available. In contrast, the creators of the new registry – officially known as the Hypertrophic Cardiomyopathy Registry – have thoughtfully collected a wide spectrum of useful data from the study participants so that researchers can finally see the bigger picture.

The project has already generated a gold mine of information, and the research team members expect the data will require years of analysis. But the end result should have concrete benefits for patients: The researchers believe that the registry will ultimately let them identify key clues to determine which patients are at greatest risk and which treatments will best benefit different groups of patients.

Take scarring in the heart, for example: “We think scar, which we can identify with MRI of the heart, is a powerful predictor of bad outcomes,” Kramer said. But, he noted, scarring is just one factor, and the registry will let doctors look at hypertrophic cardiomyopathy’s myriad complexities in a much more sophisticated and nuanced manner.

“We look at this data and everything is making more sense,” Kramer said. “It’s all fitting together.”

The researchers have published their early findings in the Journal of the American College of Cardiology.

The project was supported by the National Institutes of Health’s National Heart, Lung and Blood Institute, grant U01HL117006-01A1, and the Oxford NIHR Biomedical Research Centre.

In the time since Kramer began working on the project, UVA Health became Virginia’s only designated HCM Center of Excellence by the Hypertrophic Cardiomyopathy Association.

Kramer disclosed that he has acted as a consultant for biopharmaceutical company Cytokinetics and has received research grants from BioTelemetry Inc., which provides remote cardiac monitoring services, and MyoKardia, which develops treatments for HCM. The full list of disclosures from the research team is included in the paper.