World-class research performance that bloomed in an undergraduate class 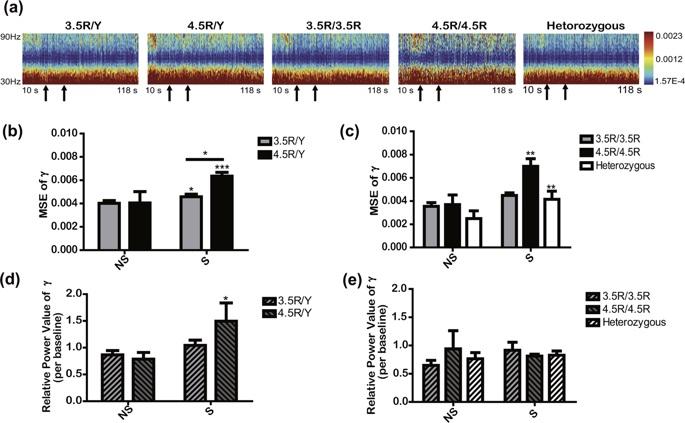 A research that began in an experiment class for students in the DGIST School of Undergraduate Studies had an honor of winning publication on an international scientific journal. On Tuesday April 2, DGIST (President Young Kuk) announced 3 previous undergraduate students Gwonhyu Jin, Janghwan Jekal, and Jiwoo Yeom conducted a joint research with researcher Jinju Jeong at Well Aging Research Center as well as Researcher Seung Yeong Im in the Laboratory Animal Resource Center, who used to be their teaching assistant before.

After, they published their research result on MAOA genetic variations and aggression on Scientific Reports, an international journal.

A gene that decomposes monoamine neurotransmitters, MAOA variants have ‘tandem repeats’ in which 30-base pair (bp) upstream variables repeat as one unit. Depending on the number of tandem repeats, MAOA genetic variants change. A research has demonstrated that person with ‘4.5R alleles’ which has 4.5 tandem repeats shows relatively more aggressive tendency than other people.

This research started in a genetic analysis experiment conducted at a class in the School of Undergraduate Studies. Professor Chang-hun Lee and students in the class performed a comparative psychology research to compare the aggression between a 4.5R genetic-group and non-4.5R genetic group but could not identify a huge difference. In response, the students were trying to find ways to measure the impact of 4.5R alleles MAOA variants on personality development and decided to conduct a research by choosing it as a topic for UGRP (Undergraduate Group Research Program) project.

By measuring the brainwave and ECG of people with 4.5R alleles MAOA variants, the research team learned that they showed a stronger reaction to aggressive-inducing stimuli than people with other genetic variants. This shows a possibility of bioscientific interpretation on aggression through the measurement of brainwave and ECG, laying a basis to complement the personality test with a huge research significance.

The DGIST Undergraduate Group Research Program (UGRP) played a very important role in conducting this research. UGRP provides human and physical resources support to for undergraduate students to conduct a yearlong research by applying and integrating the scientific knowledge they’ve acquired in class through the program to explore a new field of their interest as scientists.

Gwonhyu Jin who was part of this research and is now a master’s student at the Department of Information & Communication Engineering said “‘Know Thyself’ project in ‘Molecular and Life Phenomena’ experiment class led us to this research. Certainly, UGRP was a great help for us to develop our academic curiosity to an achievement that could be published on an international journal.”

Also, the research team published 2 more research paper about the analysis results on other international journals, Experimental Neurobiology and Neuroscience Letters. Meanwhile, undergraduate students who performed the research are continuing their studies at DGIST Graduate School.

Soaking up pharmaceuticals and personal care products from water