Woodpeckers’ drumming: Conserved meaning despite different structure over the years 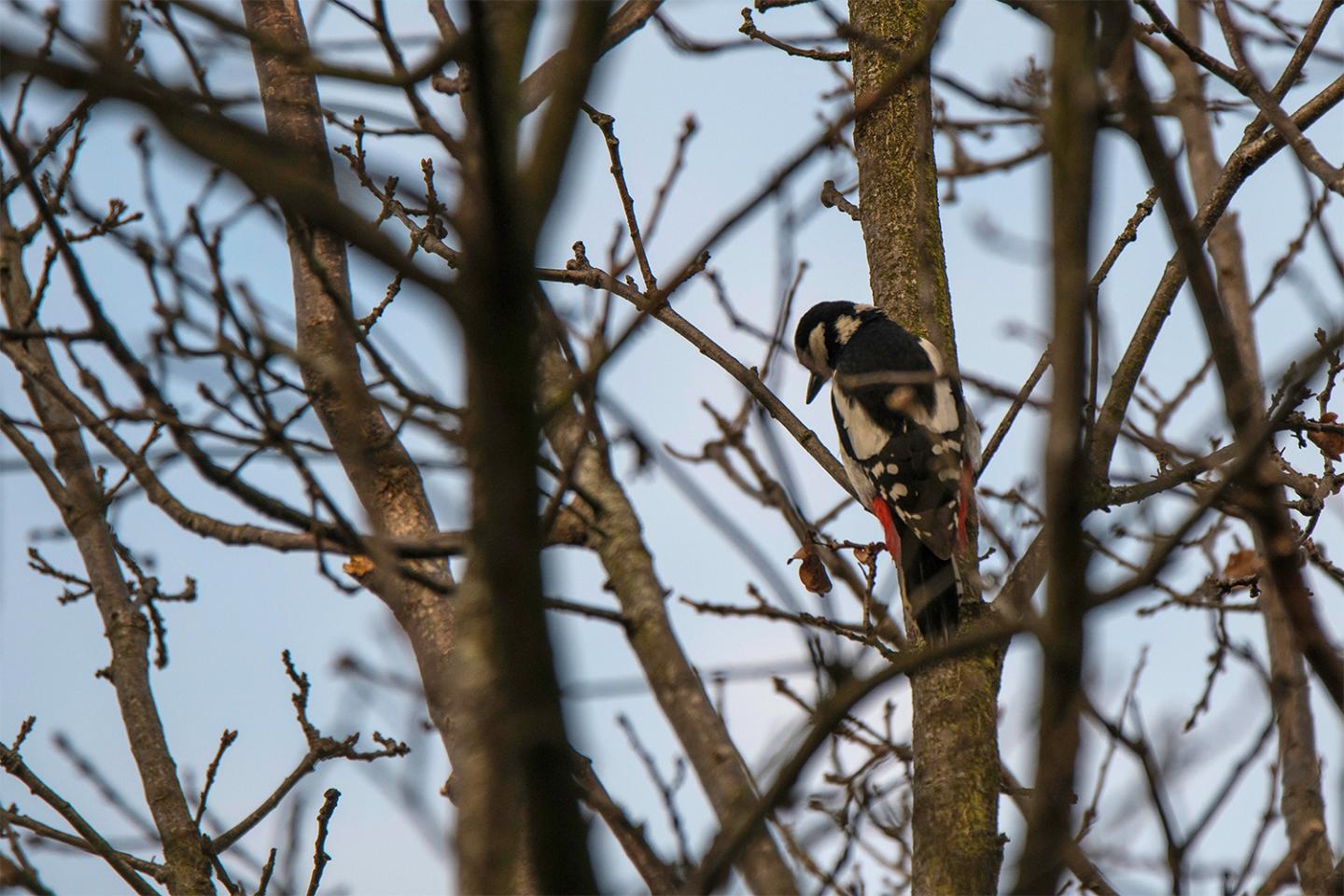 To this end, they used Shannon & Weaver’s ‘Mathematical Theory of Communication’ originally ap-plied to telecommunications in 1949, which has transformed the scientific understanding of animal communication. This theory allows the amount of information in a signal to be quantified. The researchers were the first to use this framework within an evolutionary perspective to explore the bio-logical information encoded in an animal signal.

How drumming structure evolves over time

In deciding which biological model to choose, the researchers selected the woodpeckers’ drumming as their ideal candidate. This bird family is known for rapidly striking their beaks on tree trunks to communicate. The team combined acoustic analyses of drumming from 92 species of woodpeckers, together with theoretic calculations, evolutionary reconstructions, investigations at the level of ecolog-ical communities as well as playback experiments in the field.

Results demonstrate the emergence of new drumming types during woodpeckers evolution. Yet, despite these changes in drumming structure, the amount of biological information about species identity has remained relatively constant for 22 million years. Selection towards increased biological infor-mation thus does not seem to represent a major evolutionary driver in this animal communication system. How then can biological information be concretely maintained in nature? Analyses of existing communities around the globe show that ecological arrangements facilitate the efficiency of drumming signals: Communities are composed of only a few species, which distribute their drumming strategies to avoid acoustic overlap. “The responses to different drumming structures seen in our experimental approach show the ability of individuals to recognize their own species based on acoustic cues about species identity found in drumming signals”, says Garcia. This way, biological information about spe-cies identity can be maintained without necessarily inducing a strong evolutionary pressure on drum-ming signals.

The present study shows that random and unpredictable changes in the structure of communication signals over time can occur while maintaining the signals overall informative potential within and across species. This work leads the way to further investigate the evolution of meaning associated with communicating through multiple communication channels.