Women’s heart attacks are often missed. This gene may help explain why.

When diagnostic tests for the heart were first created, scientists at the time did not fully consider that no two bodies are the same, especially between the sexes. 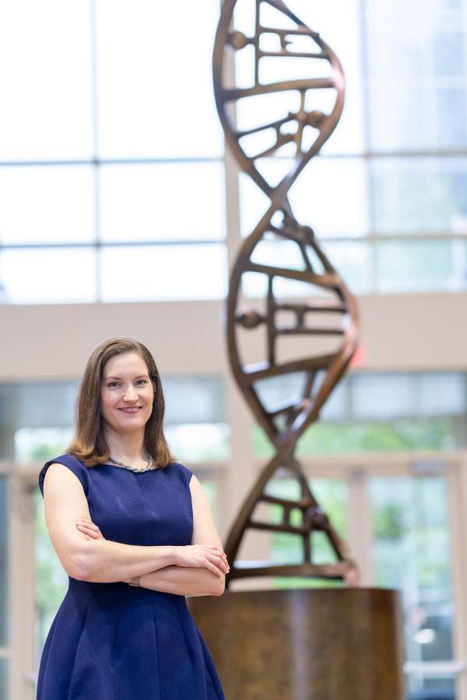 When diagnostic tests for the heart were first created, scientists at the time did not fully consider that no two bodies are the same, especially between the sexes.

According to University of Florida College of Nursing associate professor Jennifer Dungan, many of the current symptom profiles and lab tests for heart disease do not accurately reflect known differences in women’s heart disease. This oversight has led to increased gaps in health care equity.

“Because of this disparity, women are more likely than men to report heart disease symptoms that appear out of the norm, experience delayed treatment for heart disease and even have undiagnosed heart attacks,” Dungan said. “For reasons that remain uncertain, women can experience heart disease differently than men. This can lead to inequities for women that need to be addressed.”

Dungan said cardiac researchers believe that some of these differences in symptoms and outcomes may be due to genetic variation between men and women. She has identified a specific gene she believes may be responsible, named RAP1GAP2.

“RAP1GAP2 is a strong candidate for sex-linked effects on women’s heart disease outcomes,” Dungan said. “Certain DNA markers in this gene are thought to manage the activity of platelets, colorless blood cells that help our blood clot. This also presents a heart attack risk. An overactive gene could cause too many platelets to respond to the clot, which could block the flow of blood and oxygen to the heart muscle and lead to a heart attack.”

Since RAP1GAP2 was not linked to poor heart outcomes among men in her team’s study, she believes this gene may work differently in women. Her team included faculty from UF’s colleges of Medicine, Pharmacy, and Public Health and Health Professions. Their findings were recently published in American Heart Journal Plus.

Even less is known about such differences among races and ethnicities. Black women and some Hispanic women are at an even greater risk of poor heart disease outcomes, due to many factors that Dungan believes may include genetics.

Unfortunately, the traditional ways that racial and ethnic groups are studied tends to produce results that are not relevant, Dungan said.

“The goal is not to find biological differences between groups of people. Our goal instead is to find the gene markers most accurately linked to heart disease for all women,” she said. “And to do that, we need to consider genetic variation within women, too.”

To discover how the gene may impact cardiac disease risks among women of different backgrounds, Dungan’s newest project, supported by a two-year grant from the National Institute on Aging, a division of the National Institutes of Health, aims to find the specific RAP1GAP2 gene markers that most strongly correlate with disease symptoms, heart attacks and death in women from different racial and ethnic groups.

Using health data from 17,000 postmenopausal women, Dungan and her team will use statistical genetics methods to analyze if there is a link between certain DNA markers on RAP1GAP2 and heart disease. Her team will also use genetic ancestry markers rather than arbitrary racial categories to account for natural diversity in our genetic code. According to Dungan, this will assure that her team finds gene markers that reflect all women’s heart disease risk, not just for certain groups.

“At the end of the study, if RAP1GAP2 gene markers accurately reflect women’s heart symptoms and predict their likelihood of a future heart attack, stroke or death, then those gene markers could help us be more confident in their diagnosis and future prognosis,” she said. “Having more accurate biomarkers for women would save lives and improve health equity for all women.”