Women’s football in Japan had a rich history before WWII 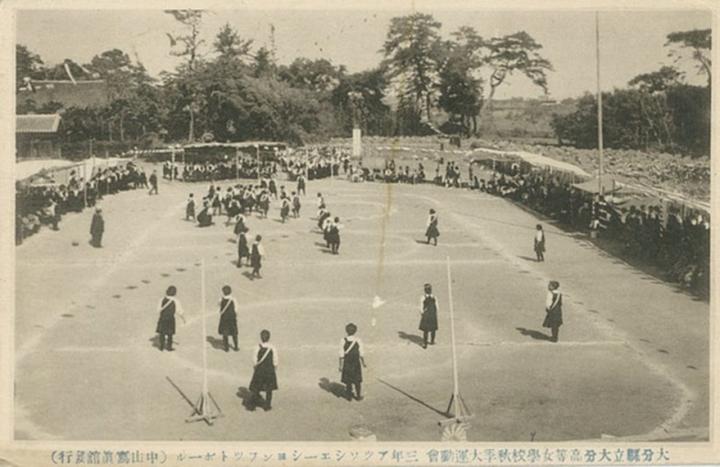 A team of scientists has found that women’s football was common across Japan between the Meiji restoration and the start of the Second World War. In the process, they also uncovered the oldest known photograph of women playing football in Japan, from 1916.

The history of men’s football in Japan is well documented. In particular, the introduction of association football into Japan in the late 19th and 20th centuries has been extensively investigated. The same degree of attention had not been paid to women’s football.

A team of researchers from six institutions, including Associate Professor Yoshihiro Sakita of Hokkaido University’s Graduate School of Education, has reported the first study into the history of women’s football in Japan. Their findings, published in the journal Japan Journal of Physical Education, Health and Sports Science, focus on the extent and popularity of women’s football in pre-war Japan — the Meiji, Taisho and early Showa eras.

The researchers examined 422 books carrying historical records of 286 public high schools for girls from Hokkaido (northern Japan) to Kyushu (southern Japan). The researchers first focused their attention on whether young women at higher educational institutions, which trained them to become teachers, had instructors, guidance books or extracurricular activities involving football. They then examined how the sport proliferated at the 286 schools to which the female teachers were dispatched, investigating how girls engaged with football–either via the regular curriculum, club activities, free time or athletic meetings–as well as their instructors, uniforms, equipment and rules.

The researchers found 53 of the books (19%) had descriptions or photos of football played by girls from 1902 to 1940. The descriptions, however, included casual play, involving throwing the ball with their hands and competitions to kick the ball highest or furthest–elements which are not features of present-day association football, or soccer. Football was one of the sports enthusiastically adopted at public high schools for girls, especially in the Taisho era (1912-26), just like boys and men eagerly took up the sport in the pre-war period.

The researchers also discovered the oldest photo of women’s football in Hundred Years’ History, a book published in 1986 detailing the history of the Oita Prefectural Public High School for Girls (now, the Oita Prefectural Oita Uenogaoka High School). The photo was of a match held in 1916. In the archives of the Oita Prefectural Library, they also discovered another photo of girls playing football in 1918. The previously known oldest photos were from picture postcards showing girls playing football at Kagawa Prefectural Marugame Public High School for Girls around 1919-1920. These photos had been reprinted in the Shikoku Shimbun newspaper on December 2, 2011, attracting much public attention at the time.

The researchers plan to expand the scope of their research to higher educational institutions for women and private high schools for women and investigate not only books of historical records but also newsletters for alumni to find more details about women’s soccer in prewar Japan.