With this new alpha-gel, the cream of all skin creams could be here 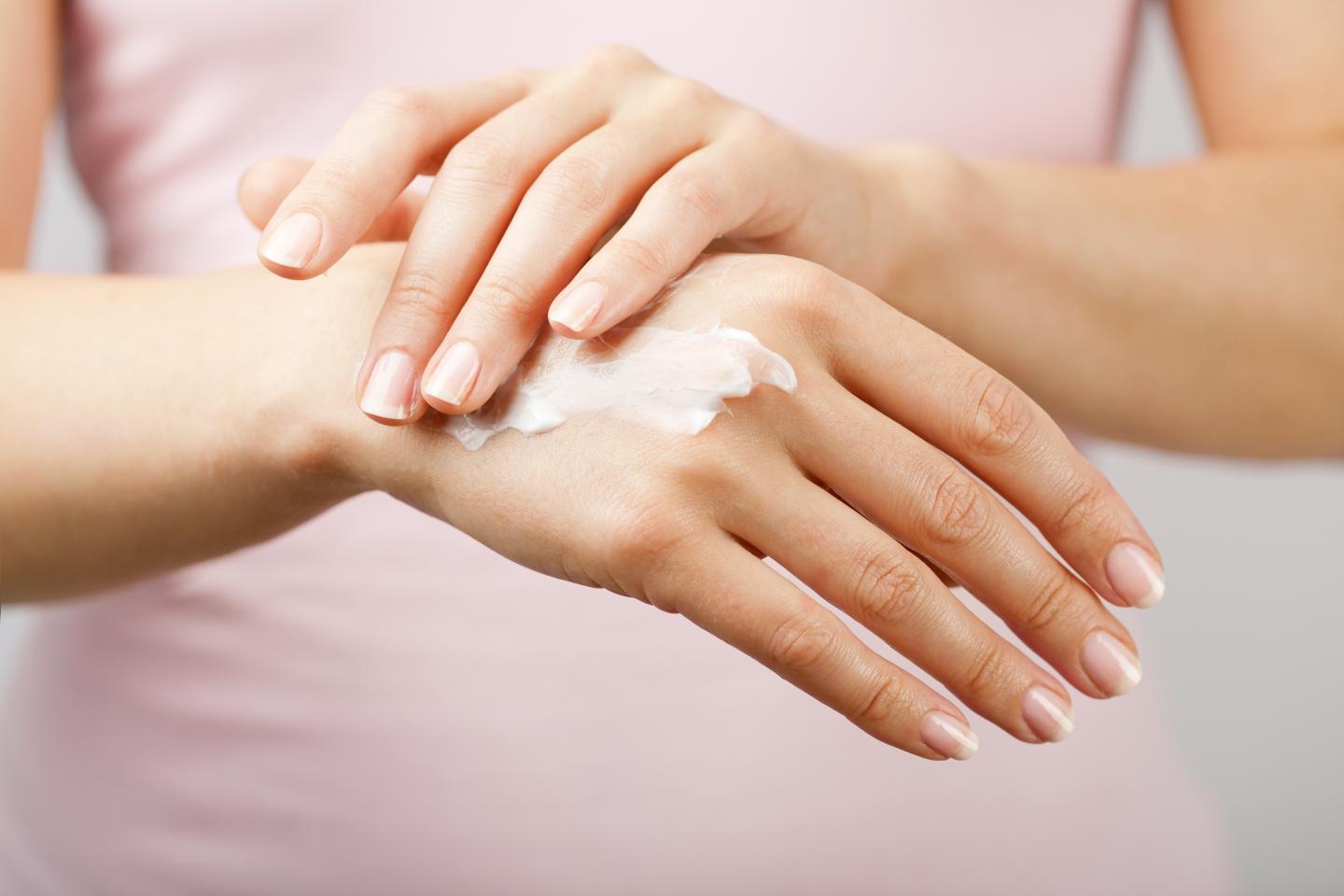 A layer of lipids covers our skin, and with its help our skin retains moisture and remains healthy. In the lipid layer, a compound called ceramide forms a “lamellar gel” with cholesterol, fatty acids, and water. Lamellar gels are mixtures that are thick, do not flow easily, and can hold large amounts of water. Natural ceramide is therefore an important factor for water retention in our skin. A type of lamellar gel, called the “α-gel,” can be formulated by mixing compounds called surfactants with a fatty alcohol and water. As you may have guessed by this explanation, α-gels are widely used in skincare products such as skin creams.

In a new study published in Colloids and Surfaces A, scientists from Tokyo University of Science and Miyoshi Oil and Fat Co. Ltd., Japan, led by Dr Kenichi Sakai, synthesized an α-gel using an oleic acid-based surfactant, which can potentially be used in skincare products. This is a surfactant they had previously developed and is structurally similar to natural ceramide (both are amphiphiles with two tails). “I was interested in whether α-gels could be prepared using gemini surfactants (two-tailed and two-headed surfactants), and in what their structural and physical properties would be,” Dr Sakai says.

Once the α-gel was ready, Dr Sakai and his team used a technique called small- and wide-angle X-ray scattering (SWAXS), another technique called nuclear magnetic resonance (NMR) spectroscopy, and an optical microscope to confirm its characteristics. For this, they prepared several mixtures containing different molar ratios of the oleic acid-based surfactant, water, and 1-tetradecanol (a fatty alcohol). The findings were, indeed, satisfactory.

SWAXS measurements revealed the typical lamellar or sheet-like structure of α-gels: layers of molecules stacked over each other such that a vertical cross-section has molecules aligned in straight lines and a horizontal cross-section could appear hexagonal. This means that the prepared mixture formed an α-gel. The structure remained highly ordered even when 90% of the mixture by weight was water.

NMR spectroscopy then showed that fatty alcohol molar content increase also caused a decrease in the movement of protons within the molecular bilayers, which is in keeping with characteristics lamellar gels are known to have.

Dr Sakai and his team were also aware that α-gels systems are known to demonstrate “shear thinning,” i.e., when they are pressed and dragged against a surface, they spread out evenly as a dollop of paint would do when applied to a wall with a brush. All mixtures in the study showed shear thinning, so the scientists looked through an optical microscope to find out why. They saw a progressive and specific change in the structure of the α-gel with an increase in fatty alcohol content. Reports of previous studies had told them that this specific structural change causes α-gels to become as thick as is necessary for shear thinning.

Thus, overall, the prepared α-gel’s ability to hold water and spread out evenly over surfaces makes it suitable for skincare products such as skin creams. What’s more, the oleic acid-based surfactant is readily soluble in water, and so its production is easier and possible at low energy-costs. Dr Sakai explains, “It is an environment-friendly functional organic material because even when it is added in small amounts, it exhibits surface chemical functions not inferior to those of conventional surfactants.”

So, cross your fingers; the perfect skin cream may not be long!

About Tokyo University of Science

With a mission of “Creating science and technology for the harmonious development of nature, human beings, and society”, TUS has undertaken a wide range of research from basic to applied science. TUS has embraced a multidisciplinary approach to research and undertaken intensive study in some of today’s most vital fields. TUS is a meritocracy where the best in science is recognized and nurtured. It is the only private university in Japan that has produced a Nobel Prize winner and the only private university in Asia to produce Nobel Prize winners within the natural sciences field.
Website: https://www.tus.ac.jp/en/mediarelations/

About Associate Professor Kenichi Sakai from Tokyo University of Science

Dr Kenichi Sakai is an Associate Professor with the Department of Pure and Applied Chemistry, Faculty of Science and Technology, Tokyo University of Science, Japan. Since 1998, he has been involved in research on colloids and surface chemistry and has over 150 publications to his credit. With this paper, as its corresponding author, he continues his extensive research in the field. His work has earned him the Coating Societies International Medallion in 2007, in addition to the Young Scientist Award of the Division of Colloid and Surface Chemistry, The Chemical Society of Japan in 2015.

Pathogens from the sea

Quantum researchers able to split one photon into three