NEW YORK, JUNE 9, 2022 – In biology, getting rid of stuff can be just as important as making it. A buildup of cells, proteins, or other molecules that are no longer needed can cause problems, so living things have evolved several ways to clean house. 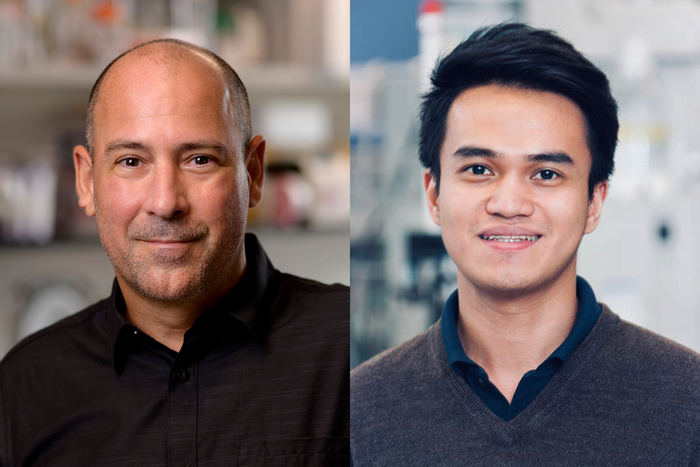 NEW YORK, JUNE 9, 2022 – In biology, getting rid of stuff can be just as important as making it. A buildup of cells, proteins, or other molecules that are no longer needed can cause problems, so living things have evolved several ways to clean house.

A prime example is the RNA exosome. RNA molecules perform many roles in cells. Some of them are translated into proteins; others form a cell’s protein-building machinery. The RNA exosome is a cellular machine that degrades RNA molecules that are faulty, harmful, or no longer needed. Without this microscopic Marie Kondo to prune what doesn’t spark joy, our cells would become dysfunctional hoarders, unable to function.

“RNA surveillance and degradation pathways exist in all forms of life,” explains Christopher Lima, Chair of the Structural Biology Program in the Sloan Kettering Institute. “From bacteria to humans, all living things have mechanisms to monitor the quality of RNA and to purposely degrade it.”

For a long time, Dr. Lima says, these pathways were considered, like housework, kind of boring. But it turns out that these degradation pathways are highly regulated and control everything from embryonic development to the progression of the cell cycle.

What’s more, errors in these pathways can lead to many types of disease, from cancer to neurodegeneration.

In a new paper published June 9, 2022 in Cell, Dr. Lima and M. Rhyan Puno, a postdoctoral fellow in the Lima lab, present findings that help explain how the RNA exosome locates the RNA that needs to be degraded. With the help of cryogenic-electron microscopy (cryo-EM), an advanced type of imaging technology, the scientists were able to decipher the structure of a protein assembly called Nuclear Exosome Targeting (NEXT) Complex, which is a key part of the degradation machinery.

“We knew that NEXT targets and delivers RNA to the exosome, but biochemically and structurally, we didn’t have a clue what it looks like or how it works,” Dr. Puno says.

Now, with cryo-EM, the scientists have obtained the first clear pictures of NEXT bound to RNA. These pictures, in conjunction with accompanying biochemical and biological experiments, offer hints about how RNA molecules are handed over to the exosome for destruction.

Inching Closer to a Structure

Several years ago, Dr. Puno began studying NEXT’s structure using the then gold standard approach of X-ray crystallography. In this method, proteins are first made into crystals, with the proteins all aligned in the same way. Then, X-rays are passed through the crystals and the pattern of X-rays that hit a detector can be interpreted to determine the protein’s structure.

While Dr. Puno was able to crystallize the NEXT protein, the resulting X-ray diffraction pictures weren’t good enough to see details of the structure.

“But then came the cryo-EM revolution,” he says. “Cryo-EM helped us visualize what this protein looks like and how it binds its RNA substrates.”

Cryo-EM works by capturing many different images of a frozen but non-crystallized sample of a protein, and then using computational methods to align them into a finalized sharp image.

“It’s almost like capturing a bunch of pictures of a bird in flight,” Dr. Lima says. “There’s all sorts of confusing movements and the bird’s wings can look blurry. But if we can find parts of the wing in all those different pictures, then we can align the pictures to reconstruct what the wings of the bird look like and determine how they work.”

From the cryo-EM pictures, the scientists were able to see that the NEXT proteins form a very flexible dimer — meaning that two copies of NEXT proteins join together as a functional unit.

“That was really, really puzzling,” Dr. Puno says, noting that dimer formation hasn’t been visualized before for these types of proteins.

“From biochemical experiments we performed, we know that dimerization is somehow important for degradation,” he continues. “But it’s still a mystery to us what role the dimer plays in guiding RNA to the exosome.”

To help solve the mystery, they hope to capture the NEXT complex interacting at different steps in the degradation process and then visualize these conformations with cryo-EM.

There are big stakes involved. An indication of just how important RNA degradation is comes from the long list of diseases that result from defective or poorly controlled degradation. Perhaps the most famous example is cystic fibrosis. In this case, the messenger RNA encoding a protein that shuttles ions across cell membranes is degraded by RNA decay pathways. As a result, the protein is not present in mucous membranes of the lungs, which leads to a buildup of mucus there and results in severely impaired breathing.

But defects in RNA degradation pathways also play a role in several types of cancer. In fact, two of the genetic mutations that MSK’s genetic testing platform, MSK-IMPACT®, tests for are found in genes related to the RNA exosome pathway, including a protein in NEXT.

The breadth of functions that RNA performs explains why defective RNA degradation pathways can have such cascading disease-causing effects.

Making sense of these effects will require a deeper and more extensive understanding of not just the RNA exosome itself, but also the “upstream” proteins, like NEXT, that help surveil RNA and decide when an RNA is defective or no longer needed.

“The dream is to initiate the RNA degradation reaction, put the sample in the cryo-EM, and actually see all the possible confirmations as it’s doing its job,” Dr. Lima says. “As structural biologists, we want to be able to see processes in action and then be able to reassemble them.”

This research was supported by the National Institutes of Health/National Institute of General Medical Sciences (grant R35 GM118080), the NCI Cancer Center Support Grant (CCSG, P30 CA008748), Cycle for Survival, and the Marie-Josée and Henry R. Kravis Center for Molecular Oncology. Dr. Lima is an Investigator of the Howard Hughes Medical Institute. The study authors declare no competing financial interests.

As the world’s oldest and largest private cancer center, Memorial Sloan Kettering Cancer Center has devoted more than 135 years to exceptional patient care, influential educational programs, and innovative research to discover more effective strategies to prevent, control and, ultimately, cure cancer. MSK is home to more than 20,000 physicians, scientists, nurses, and staff united by a relentless dedication to conquering cancer. Today, we are one of 52 National Cancer Institute-designated Comprehensive Cancer Centers, with state-of-the-art science and technology supporting groundbreaking clinical studies, personalized treatment, and compassionate care for our patients. We also train the next generation of clinical and scientific leaders in oncology through our continually evolving educational programs, here and around the world. Year after year, we are ranked among the top two cancer hospitals in the country, consistently recognized for our expertise in adult and pediatric oncology specialties.