The recent openings of two centers have put the Medical University of South Carolina on the map as a leading institution for digestive and liver disease research. 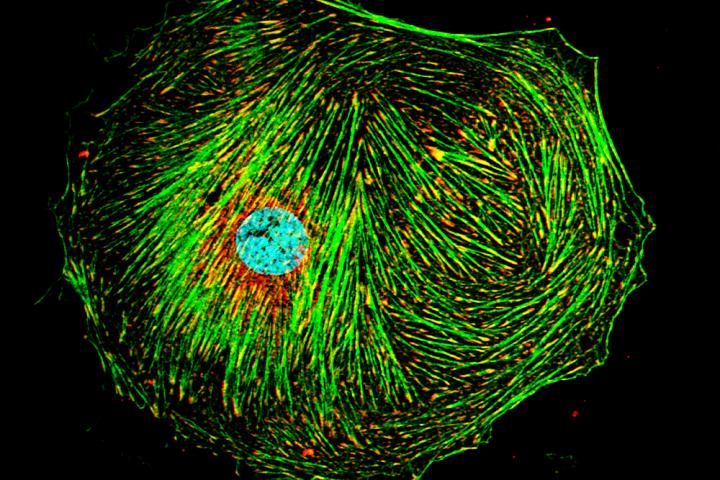 This spring marked a seismic shift for digestive and liver disease research at the Medical University of South Carolina (MUSC) with the award of more than $16.5 million in National Institutes of Health funding to open two new tightly integrated centers.

MUSC became the only institution in the country to house both a Digestive Disease Research Core Center (DDRCC), which supports the research of established scholars, and a Center for Biomedical Research Excellence in Digestive and Liver Disease (CDLD), which mentors early-career investigators to become independent scholars.

MUSC is now one of only 17 DDRCCs in the nation. Department of Medicine investigator Don C. Rockey, M.D., a gastroenterologist, serves as the MUSC DDRCC’s director. Department of Regenerative Medicine and Cell Biology chair Stephen A. Duncan, D.Phil., a basic scientist specializing in liver disease research, serves as associate director.

“The institutions that are home to a DDRCC represent the true leaders in academic gastroenterology and hepatology,” said Rockey. “These are great programs, and for us to be in that company is fabulous. Speaking for myself and Steve, we’re very proud of this achievement.”

To be chosen as a DDRCC by the National Institute of Diabetes and Digestive and Kidney Diseases, an institution must have a strong core of investigators who are recognized as leaders in an area of digestive disease research. DDRCCs are also led by nationally and internationally prominent investigators. The funds from the NIDDK help to support efforts to build the center into a national resource on the topic.

The MUSC DDRCC will provide stable funding to support some 30 basic science and clinician-scientist investigators working in the field of digestive and liver disease. They all work in areas related to the theme of the DDRCC, which covers the area of inflammation, fibrosis and organ dysfunction throughout the gastrointestinal tract. The center will also help to attract luminaries and promising mid-career investigators in gastrointestinal disease to MUSC.

“We’re excited to be able to recruit people right now who would never consider us without these kinds of resources,” said Rockey.

But, according to Rockey, great programs not only recruit successful researchers, they help create them. Only by developing a pipeline to produce the next generation of researchers can a program achieve sustained excellence.

And it is the goal of the CDLD is to create such a pipeline.

“The CDLD really aims to take very new, inexperienced investigators and give them the tools, the research resources, as well as the environment that will allow them to transition to be superstar independent researchers who focus on digestive disease,” said Duncan, who in addition to his role with the DDRCC also serves as director of the CDLD. Rockey serves as associate director.

Made possible by a grant from the National Institute of General Medical Sciences, the CDLD provides junior investigators with a robust grant and offers them the mentorship and other resources they need to obtain independent grant funding. Once they do, they will transition to the DDRCC, opening a slot for another junior investigator.

The centers, which are highly complementary, grew from a strong collaboration between Rockey, a physician-researcher, and Duncan, a basic scientist.

Fostering multidisciplinary collaborations like that between Rockey and Duncan is a principal goal of both centers. To achieve this, both the DDRCC and CDLD provide grant funding to investigators through their Pilot Project programs directed by Caroline Westwater, Ph.D.

“The collaboration between the two centers has generated a really rich environment at MUSC for us to study digestive disease research,” said Duncan.

Both centers offer their researchers, as well as other investigators across campus, access to the research tools that are necessary to conduct cutting-edge digestive and liver disease research. The two centers share research cores in cell models, directed by Duncan, and advanced imaging, directed by John J. Lemasters, M.D., Ph.D. In addition, the DDRCC has a proteomics core directed by Richard R. Drake, Ph.D., and a clinical component, intended to provide study design and statistical support, directed by Paul Nietert, Ph.D. The CDLD also includes an animal models core, directed by Suzanne Craig, D.V.M., and statistical support through Viswanathan Ramakrishnan, Ph.D.

Together, these centers will help to make MUSC a powerhouse in digestive and liver disease research for years to come. The resulting research could provide new insight into treating gastrointestinal disease and be an asset for the state and nation.

“Digestive disease is a huge problem in South Carolina, as it is nationally. And it is certainly understudied,” said Duncan. “And so I think the research that will result from these grants will contribute to a growing understanding of digestive disease and, we hope, ultimately treatments.”

They also mark MUSC’s entrée into the national arena as a major player in gastroenterology and gastrointestinal research.

“Simply put, the goal here is to be great. We want to be the best gastroenterology program in the U.S.”

Founded in 1824 in Charleston, MUSC is the oldest medical school in the South as well as the state’s only integrated academic health sciences center with a unique charge to serve the state through education, research and patient care. Each year, MUSC educates and trains more than 3,000 students and 800 residents in six colleges: Dental Medicine, Graduate Studies, Health Professions, Medicine, Nursing and Pharmacy. The state’s leader in obtaining biomedical research funds, in fiscal year 2019, MUSC set a new high, bringing in more than $284 million. For information on academic programs, visit http://musc.edu.