PHILADELPHIA — (Nov. 11, 2021) — A new study by researchers at The Wistar Institute, an international biomedical research leader in cancer, immunology, infectious disease, and vaccine development, shows how key features on the surface of HIV-infected cells help the disease evade detection by the immune system. It also shows how these features can be disabled. The findings, published in PLOS Pathogens, are a first step toward a new class of treatment aimed at not just suppressing virus replication, but killing cells harboring persistent virus that prevent us from curing HIV infection. 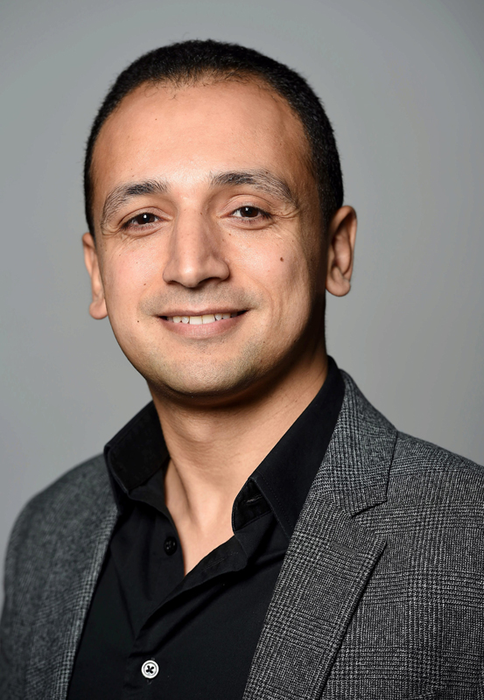 PHILADELPHIA — (Nov. 11, 2021) — A new study by researchers at The Wistar Institute, an international biomedical research leader in cancer, immunology, infectious disease, and vaccine development, shows how key features on the surface of HIV-infected cells help the disease evade detection by the immune system. It also shows how these features can be disabled. The findings, published in PLOS Pathogens, are a first step toward a new class of treatment aimed at not just suppressing virus replication, but killing cells harboring persistent virus that prevent us from curing HIV infection.

“We identified a glyco-immune checkpoint interaction as a novel mechanism that allows HIV-infected cells to evade immune surveillance,” said Mohamed Abdel-Mohsen, Ph.D., assistant professor in the Vaccine & Immunotherapy Center at The Wistar Institute and coauthor on the paper. “And we developed a novel approach that selectively targets these interactions on the surface of these infected cells.”

A cure or long-term remission remains the holy grail of HIV research. Current treatments can reduce HIV to undetectable levels, but they can’t eradicate it entirely. The disease typically returns quickly when treatment stops. And even when controlled, HIV increases risk for other health problems, including neurological disorders, cardiovascular disease, and cancer.

For the new study, researchers looked at a type of sugar molecule called sialic acid on the surface of HIV-infected cells. These sugars bind with special receptors called siglecs on the surface of disease-fighting “natural killer” immune cells. When activated, these receptors act as inhibitors, restraining the killer cells and causing them to stop killing. “We thought, ‘is it possible that these HIV-infected cells are using this interaction — covering themselves with these sugars to evade the natural killer immune surveillance?’” said Abdel-Mohsen.

The Abdel-Mohsen lab found that was indeed the case and these infected cells can take advantage of this inhibitory connection to evade immune surveillance. Researchers then investigated whether they could manipulate this connection to make the killer cells more effective at killing HIV-infected cells. First, they looked at whether disabling the inhibitors from the killer cells would unleash their full killing power. However, this can cause the immune cells to attack indiscriminately, destroying both healthy and unhealthy cells. The researchers then turned their attention to the HIV cells. They used an enzyme called sialidase to remove the sialic acid sugars that were activating the immune inhibitors. However, this again affected all cells, causing the killer cells to attack indiscriminately. Finally, they developed a sialidase conjugate linked to HIV antibodies. This antibody-sialidase conjugate only targeted sialic acid on HIV cells. With the sialic acid removed from these cells, the killer immune cells attacked and killed the HIV-infected cells, leaving healthy cells alone.

“The killer cells become a super killer for the HIV-infected cells and they now attack them in a selective manner,” said Abdel-Mohsen. “The discovery could be a missing link in the “shock and kill” approach to HIV treatment that has been a focus of research for the past several years,” he added. This two-step process involves first “shocking” the HIV out of latency so it can be detected, and then stimulating the immune system to “kill” the virus once and for all. However, while effective methods have been discovered to reverse latency, scientists haven’t yet found a way to make HIV-infected cells more killable once reactivated. “We may have the shock, but we don’t have yet the kill,” Abdel-Mohsen said. “Our method actually increases the susceptibility of HIV-infected cells to killing, which is one of the top unmet needs in the HIV field.”

First author Samson Adeniji, Ph.D., a postdoctoral fellow at Wistar, noted that the team’s approach could be tested in combination with broadly neutralizing antibody therapies currently being studied in clinical trials. “By combining approaches, we could turn these immune cells from a cop into a kind of Robocop,” he said.

The researchers also noted that, in addition to HIV, the approach could have a clinical application in treating other infectious diseases that may evade the immune system, including hepatitis and COVID. Next, the team is moving forward with animal studies to test their findings in vivo. They’re also investigating other sugar molecules on HIV that may play a similar role as sialic acid. “HIV-infected cells are likely evading immune surveillance through many potential glyco-immune checkpoints,” Abdel-Mohsen said. “We are investigating other mechanisms and how to break them.”