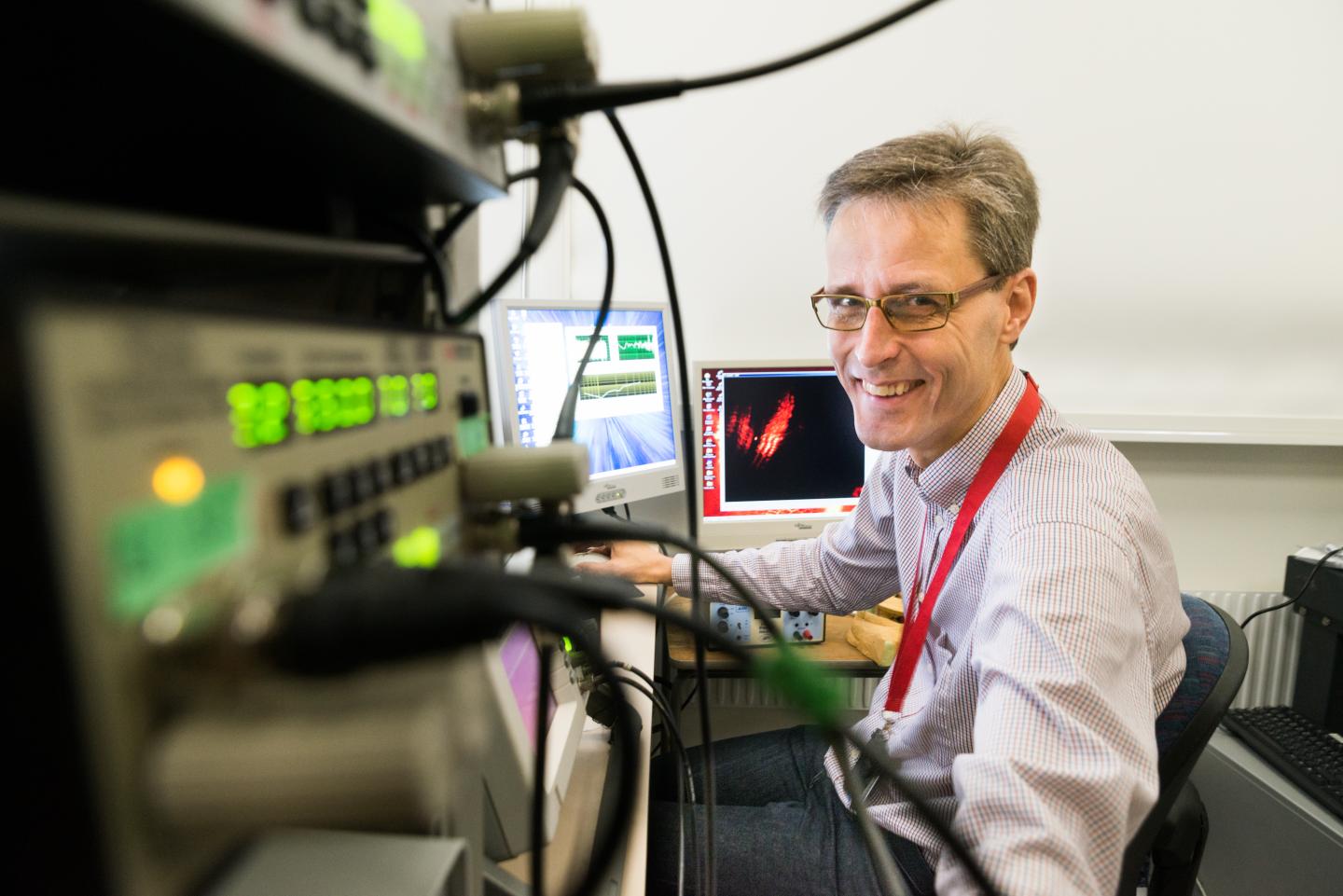 When we listen to loud sounds, our hearing may become impaired for a short time. Researchers at Linköping University, Sweden, have discovered a mechanism that helps to explain how this happens. Their results are presented in the journal Proceedings of the National Academy of Sciences, PNAS.

“Most people have experienced that their hearing is impaired and the ear feels numb after listening to loud sounds. After a while hearing returns to normal. We have discovered that a tiny structure in the cochlea known as the tectorial membrane plays an important role in this process, by acting as a storage depot for calcium ions. These calcium ions contribute to regulating the function of the sensory cells”, says Anders Fridberger at the Department of Clinical and Experimental Medicine, who has led the study.

Calcium ions, which are calcium atoms with a positive charge, play a key role in the processes that make hearing possible. The conversion of sound waves to nerve impulses takes place in the inner ear, also known as the cochlea, which looks like the spiral shell that some snails have. The cochlea contains many sensory cells, which detect sounds and generate signals that are passed on to the brain.

When the scientists added a substance that mops up calcium ions, the sensory cells ceased to function. In the next step, they exposed the inner ear to noise levels that correspond to those experienced at rock concerts, which had the same effect.

Until now, scientists have thought that the tiny membrane has a mainly mechanical function, but the discovery made by the LiU researchers suggests that the tectorial membrane may play an important role in regulating hearing by storing calcium.

“We knew that the tectorial membrane is necessary for hearing, and that it must be intact and correctly located, but it has been unclear why damage to this membrane contributes to impaired hearing”, says Pierre Hakizimana, one of the researchers behind the study.

The research group is now planning to investigate whether the same mechanism is important in age-related hearing impairment. The research has been financed by, among other contributors, the Swedish Research Council, the Torsten Söderberg Foundation, the Tysta Skolan Foundation and AFA Försäkrings AB.

David versus Goliath: the fight against environmental crimes

pinMOS: Novel memory device can be written on and read out optically or…