Why so fly: MU scientists discover some fruit flies learn better than others

Scientists use fruit flies to find nine new genes associated with learning and memory, many of which are similar in people 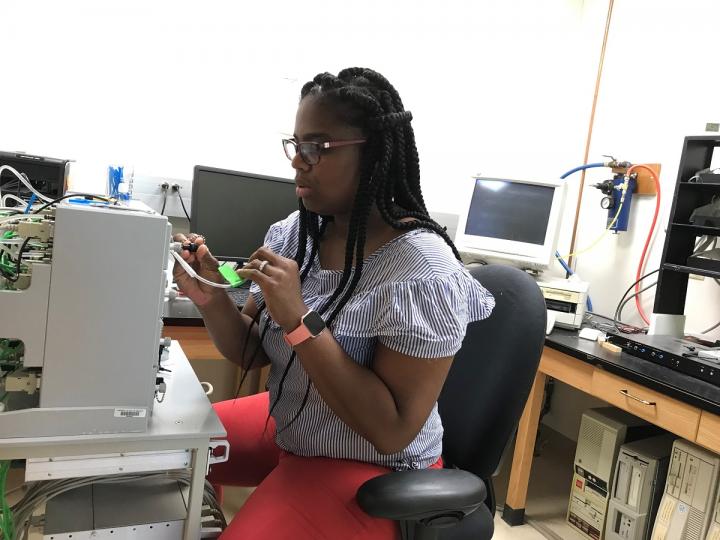 Fruit flies could one day provide new avenues to discover additional genes that contribute to a person’s ability to learn and remember. Scientists at the University of Missouri are studying genes of fruit flies to explore why an individual fly can be a better learner than another. Many of those genes in fruit flies are similar to those found in people.

Past experiments studying how fruit flies’ ability to learn and remember have involved “turning off” a single gene and watching the response. In this study, the scientists took a different approach by placing fruit flies in a box equipped with heating elements. When the heat was turned on, the flies — uncomfortable in heat — moved to the far side of the box where it was cooler. A fly’s ability to avoid the heat measured how well it learned, and a fly’s ability to avoid the hotter side of the box, even when the heat was off, measured its capacity to remember.

“Some flies learn fast and remember to stay away from the heat whereas some flies take longer to figure it out,” said Patricka Williams-Simon, a doctoral fellow in biological sciences who led the study. “We repeated the experiment with over 40,000 individual fruit flies from over 700 different genes to establish variation in performance. Then, we focused on the high and the low learning and memory performers.”

The scientists then took these results and applied genetic sequencing technology to determine if specific genes were responsible for these observed changes in a fly’s behavior. They found nine genes that show a change between high and low performing files when it comes to learning and memory.

“All of these genes are previously known to affect the nervous system or the brain in some way, but none of them had previously been implicated in learning and memory,” said Elizabeth King, an assistant professor of biological sciences in the MU College of Arts and Science. “Therefore, they represent novel areas to further investigate these behavioral traits.”

While the study is considered basic research, Williams-Simon said their findings are important.

“The better we can understand these traits in fruit flies, the more we can develop targeted studies in humans,” Williams-Simon said.

The study, “Multiple genetic loci affect place learning and memory performance in Drosophila melanogaster,” was published in Genes, Brain, and Behavior. Funding was provided by a National Science Foundation grant (IOS-1654866), a Howard Hughes Medical Institute Gilliam Fellowship for Advanced Study grant, and a National Institute of Health IMSD grant (R25GM056901). The content is solely the responsibility of the authors and does not necessarily represent the official views of the funding agencies. Other authors on this study include Enoch Ng’oma, a postdoctoral fellow at MU; Christopher Posey and Samuel Mitchell, undergraduate students at MU; James A. Mrvicka, former MU student and current graduate student at the University of Iowa; and Troy Zars, a former professor of biological sciences at MU. The authors would like to acknowledge the contributions of Zars to this study, who passed away in 2018.

Intervention is essential for reducing loneliness and social isolation in ASD

Communicating science can benefit from scientists ‘being human’

Study: inequality between men and women dramatic in Houston-area