Why fish look down when they swim

Just as you might look down at the sidewalk as you walk, fish look downward when they swim, a new study by a Northwestern University-led international collaboration has confirmed. 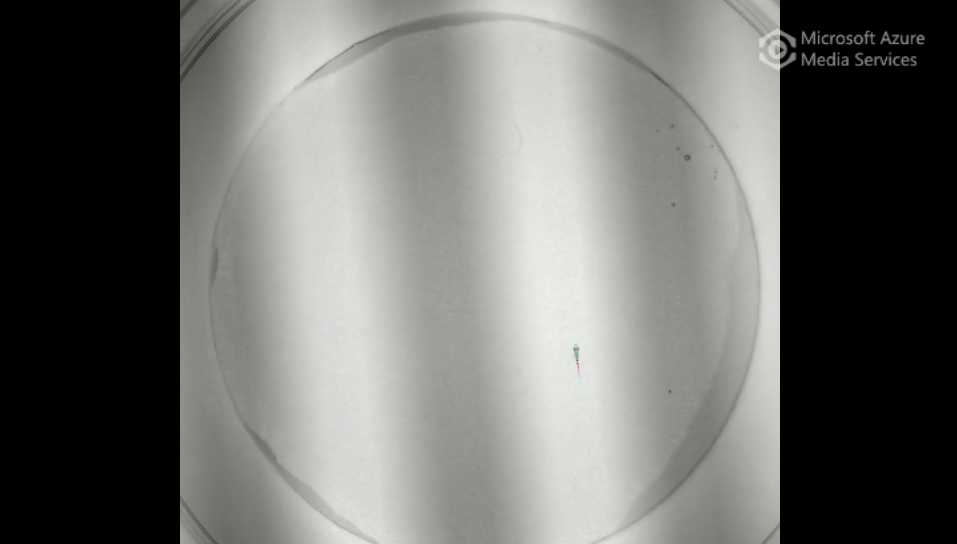 Just as you might look down at the sidewalk as you walk, fish look downward when they swim, a new study by a Northwestern University-led international collaboration has confirmed.

The study is the first to combine simulations of zebrafish’s brain, native environment and spatially-varying swimming behavior into one computational model. By analyzing this model, the researchers concluded that this quirk — looking down while swimming forward — is an adaptive behavior that evolved to help the fish self-stabilize, as when swimming against a current.

As water moves, fish are constantly trying to self-stabilize in order to stay in place — rather than getting swept away in a moving stream. Focusing on other fish, plants or debris might give the fish a false sensation that it’s moving. The stable riverbed below them, however, gives fish more reliable information about their swimming direction and speed.

“It’s similar to sitting on a train car that isn’t moving. If the train next to yours starts to pull to away from the station, it can trick you into thinking you are moving too,” said Northwestern’s Emma Alexander, who led the study. “The visual cue from the other train is so strong that it overrides the fact that all of your other senses are telling you that you are sitting still. That’s exactly the same phenomenon that we are studying in fish. There are many misleading motion cues above them, but the most abundant and reliable signals are from the bottom of the river.”

The study will be published Nov. 2 in the journal Current Biology.

Alexander is an assistant professor of computer science in Northwestern’s McCormick School of Engineering, where she runs the Bio Inspired Vision Lab.

Going ‘back to the source’

To conduct the research, Alexander and her collaborators focused on zebrafish, a well-studied model organism. But, although many laboratories have tanks full of zebrafish, the team wanted to focus on the fish’s native environment in India.

“It was recently discovered that fish respond to motion below them more strongly than motion above them. We wanted to dig into that mystery and understand why,” Alexander explained. “Many zebrafish that we study grow up in lab tanks, but their native habitats shaped the evolution of their brains and behaviors, so we needed to go back to the source to investigate the context for where the organism developed.”

Armed with camera equipment, the team visited seven sites across India to gather video data of shallow rivers, where zebrafish naturally live. The field team encased a 360-degree camera inside a waterproof diving case and attached it to a remotely-controlled robotic arm. Then, they used the robotic arm to plunge the camera into the water and move it around.

“It allowed us to put our eyes where the fish eyes would be, so it’s seeing what the fish see,” Alexander said. “From the video data, we were able to model hypothetical scenarios where a simulated fish moved arbitrarily through a realistic environment.”

Back in the lab, the team also tracked zebrafish’s motions inside a ball of LEDs. Because fish have a large field of view, they do not have to move their eyes to look around like people do. So, the researchers played motion stimuli across the lights and watched the fishes’ responses. When patterns appeared on the bottom of the tank, the fish swam along with the moving patterns — more evidence that the fish were taking their visual cues from looking downward.

The team then abstracted data from its videos and combined it with data from how motion signals get encoded into the fish’s brain. They fed the datasets into two pre-existing algorithms used for studying optic flow (or the movement of the world across our eyes or camera lenses).

Ultimately, they discovered that in both scenarios — in the wild and in the lab — zebrafish look down when swimming forward. The researchers concluded that fish look down to understand their environment’s motion and then swim to counteract it — to avoid being swept away.

“We tied everything together into a simulation that showed that, in fact, this is an adaptive behavior,” said Alexander, who led the computational part of the study. “The water surface is constantly moving, and other fish and plants are moving by. Fish are better off omitting that information and focusing on the information below them. Riverbeds have a lot of texture, so fish are seeing strong features they can track.”

Not only does this information gives some insight into fishes’ behavior, it could also inform designs for artificial vision systems and sophisticated bio-inspired robots.

“If you were making a fish-inspired robot and you just looked at its anatomy, you might think ‘the eyes are pointing sideways, so I’m going to point my cameras sideways,’” Alexander said. “But it turns out that the eyes are pointing sideways because they are balancing several tasks. We think they point sideways because it’s a compromise — they look upward to hunt and downward to swim.”