Why do they treat me like that? Taking the mask off of envy 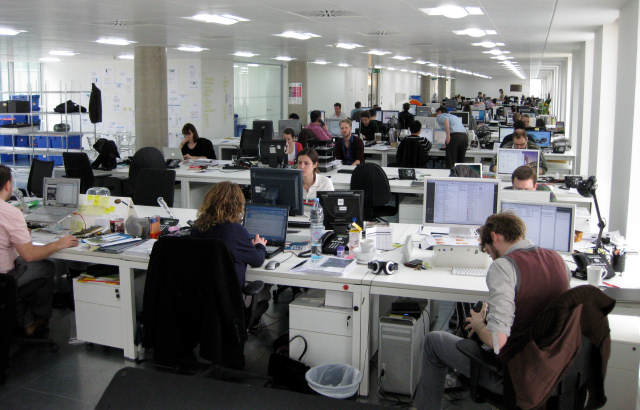 You just received the promotion you have worked so hard for, but you overhear a co-worker say that you got it because the boss only gives the easy projects to you while the hard ones are dumped on everyone else. Some of your envious co-workers come to congratulate you with the aim of being seen with you for reputational benefits, but some others may be less kind in their response.

While these overt signs of envy can often be received badly, University of Cincinnati Lindner College of Business research indicates that how that envy is perceived and attributed by the envied person makes all the difference in how it is handled.

“Envy is common in the workplace and generally occurs when a co-worker receives valuable accolades such as promotions, awards, benefits, high-profile assignments, expense accounts and even better office chairs,” says Harshad Puranik, third-year UC doctoral student in the College of Business. “Any situation which leads individuals to make social comparisons that highlight differences in how they are treated can potentially lead to envy.”

In their theoretical paper titled, “They Want What I’ve Got: The Role of Self-Esteem and Attribution in Determining Responses to Coworker Envy,” presented at the 76th Annual Meeting of the Academy of Management in August in Anaheim, California, Puranik, along with his mentors, Heather Vough and Joel Koopman, both assistant professors of business at UC, and fellow collaborator Daniel Gamache from University of Georgia theorize about how envied employees are likely to respond to the behaviors of their envious coworkers.

“While the research to date focuses primarily on the person who is envious, we, in contrast, suggest that envy occurs in an interpersonal context and it is also important to understand how the recipient responds to being envied,” says Vough. “Our theory paper primarily focuses on when and why envied employees are likely to realize that they are being envied.”

“What we learn from using self-regulation theory is that self-esteem is important,” says Puranik. “The trait self-esteem of the envied employee is an important component that will determine whether they are able to recognize the behaviors of their co-workers as being caused by envy or not and this will subsequently determine their behavioral response.”

Is it envy or am I great?

According to Vough, in hostile or social undermining conditions, people with higher self-esteem are more likely to ask, ‘Why would this person do these things to me, I’m great.’ In their search for answers, they may determine that envy is the cause of the negative treatment. Individuals with low self-esteem, in contrast, may accept hostile behaviors because that is how they expect to be treated by others.

On the flipside, when individuals receive positive treatment, such as compliments and opportunities for future collaborations, those with low self-esteem may become suspicious and wonder why someone is treating them in an unexpected way. When individuals with high self-esteem receive positive treatment, however, that behavior is self-confirming and does not require further elaboration.

Not stopping there, the researchers take their theory one step further and track how the envied person picks up on the envy and responds.

“What I find interesting is how we can have this negative behavior toward a person, but whether they attribute it to envy or not makes a difference in their response,” says Vough. “Normally, when we see negative behaviors by an envious person, we expect a negative response back toward them, but if the envy attribution is made, it flips that and elicits a more positive response by the envied employee.

“Alternately, we expect people to respond positively toward positive behaviors aimed at them.”

In their study model, the researchers predict, perhaps counterintuitively, that when individuals believe others are acting positively toward them due to envy, they will actually try to retreat from the relationship because they fear they are being used by the other person.

Puranik says the level of trait self-esteem of the envied person is the important component that will determine whether they are able to recognize these behaviors from envy and that will subsequently determine how they respond.