Why collapse is not always a bad thing

New book provides an analysis of the process of failure and collapse, and outlines principles that help us manage these challenges in our lives 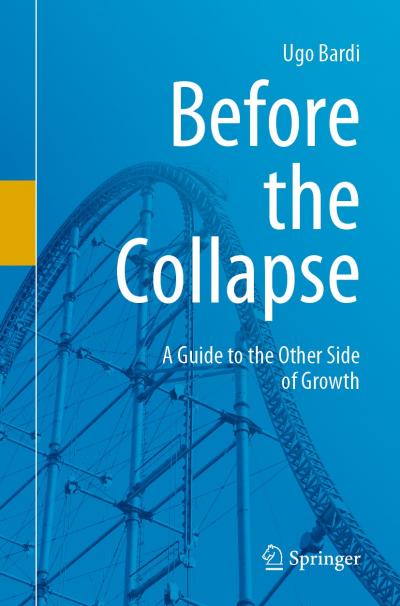 Everyone experiences collapse in their lives: you may lose your job, get sick, or a close friend or family member may die. Collapse also happens to structures such as buildings, and on a larger scale affects whole systems like companies, communities or even civilisations. In his latest book, Before the Collapse: A Guide to the Other Side of Growth, Ugo Bardi sets out an approach for facing failure and collapse on all scales. He calls his method the “Seneca Strategy” based on the teachings of the ancient Roman philosopher, Lucius Annaeus Seneca.

Bardi draws on Seneca’s philosophy to explain why collapse is a necessary part of our lives and the world, and why trying to avoid it may lead to bigger problems later on. Seneca recognised that growth is slow but ruin is rapid, yet sudden collapse does not have to take us by surprise. In six concise chapters, Bardi outlines the science behind the collapse of complex systems, how the future can be modelled, and gives numerous examples of past and possible future collapses. Some of the cases Bardi lists include natural disasters, like Florence’s Great Flood, the collapse of a business such as the bankruptcy of the video rental service Blockbuster, as well as famines, epidemics and depopulation. As Seneca famously said: “Nothing that exists today is not the result of past collapse.”

Despite the subject matter, Before the Collapse is not a pessimistic book. Although Bardi emphasizes that technological progress might not prevent collapse, he stresses that the best strategy of coping with collapse is not to resist at all costs. It is possible to rebound after collapse, argues Bardi, and the new condition that arises may even be better than the old. The book finishes with a self-help style reference list summarising the six key things we should know before a collapse is imminent.

The practical tips in this book will appeal to any readers seeking a philosophical self-help guide for coping with collapse in their lives. Before the Collapse also provides general readers with a scientific analysis of local and global disasters and offers a pragmatic approach for preparing and weathering difficult times.

Ugo Bardi teaches physical chemistry at the University of Florence in Italy. He is interested in resource depletion, system dynamics modeling, climate science and renewable energy. He has an English language blog called “Cassandra’s legacy” and is also the author of two other books: Extracted: How the Quest for Global Mining Wealth is Plundering the Planet (Chelsea Green 2014) and The Limits to Growth Revisited (Springer 2011).

Before the Collapse: A Guide to the Other Side of Growth

Boosting the impact of consumer research in the world