Why academic stress is more severe for students from disadvantaged backgrounds

Worrying about an upcoming test or feeling nervous to make a mistake in school is common for many school children. However, for elementary students coming from disadvantaged homes, such academic worry may have a heightened cost for school success than for advantaged kids, says a new BYU study. 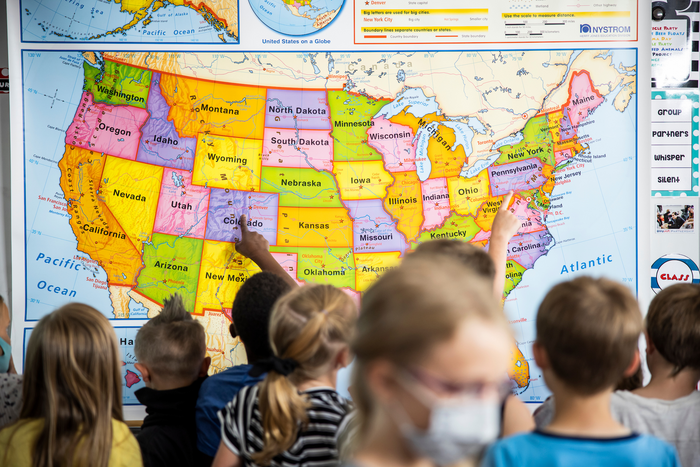 Worrying about an upcoming test or feeling nervous to make a mistake in school is common for many school children. However, for elementary students coming from disadvantaged homes, such academic worry may have a heightened cost for school success than for advantaged kids, says a new BYU study.

The study, recently published in the Maternal and Child Health Journal, found that socioeconomically disadvantaged kids report more instances of worry than advantaged kids and that as their academic worry increased, math and reading scores dropped. This finding underscores one important way socioeconomic backgrounds may influence academic struggles.

These findings can help schoolteachers and policy makers understand how to better put students in positions to be successful later in life. “Children’s math and reading scores specifically have an unusually high level of prediction for how well you do later in life,” Gibbs said. “Education becomes an important focus for someone who cares about why some groups of people are successful and some are not.”

The study leveraged data from a nationally representative survey of over 5,700 elementary-aged children. Students responded to a series of questions about their level of worry in taking tests, finishing school assignments and making mistakes at school. Student responses were then correlated with their math and reading scores—measures of 5th graders problem solving skills, number sense and reading comprehension. Socioeconomic status was measured by collecting information on the child’s parents’ education, income and occupational prestige. Gibbs says such findings hold important implications for schoolteachers and administrators who are striving to help students succeed academically after the COVID-19 pandemic disrupted classrooms across the nation, adding an extra layer of complexity to the educational landscape.

“These little kids are just trying to figure out the world they’re in, and it comes with a lot of developing anxieties and emotions about who they are and how they’re evaluated and ranked among others in their age group,” said Gibbs. “It’s evident that a child’s background greatly affects how prepared they are to deal with common challenges. Especially post-COVID, some estimate that socioeconomic achievement gaps in American schools may grow by up to 30% and we could see this increasingly affecting gaps in students’ academic performance.”

Gibbs explained that not only should society care about academic worry and its impact on achievement in children, but individuals and families can think more carefully about fairness and how children who cannot control their environments can be supported.

“More targeted support for disadvantaged children is essential,” Gibbs said. “We need to help them emotionally develop in ways that are productive and can lead to their own flourishing, at least on par with kids who have the benefit of more resources and affluence surrounding them.”

Researchers suggest that earlier and better assessments, coupled with interventions may have a big impact to enhance the welfare and academic outcomes of American youth, especially in the homes of those who need it most.

The Academic Cost of Worry Among Socioeconomically Disadvantaged Children