While species come and go, their ecosystems persist over millions of years 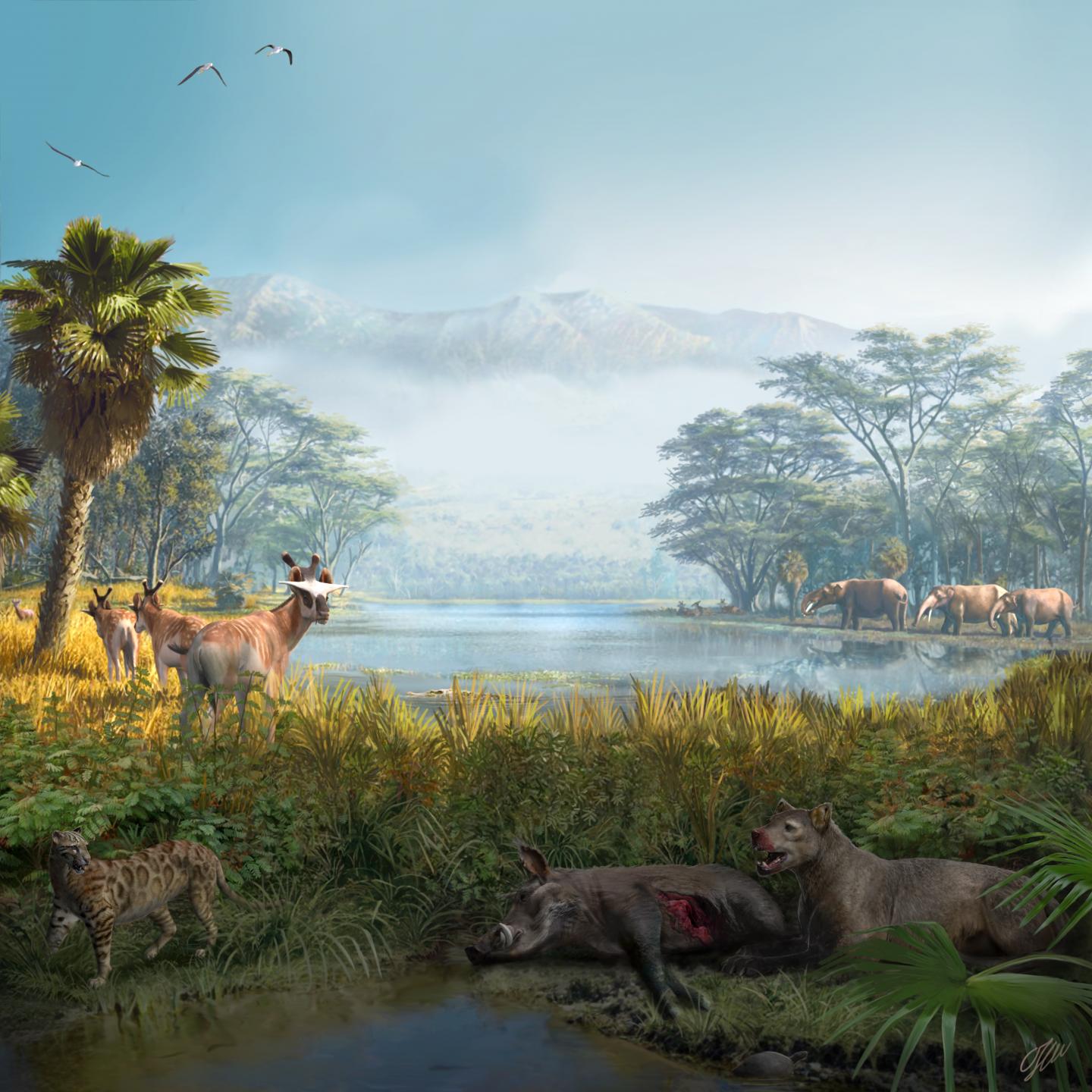 The study sheds new light upon an ongoing debate among conservation biologists: whether we should conserve sets of endangered species, or whether we should preserve ecosystem functioning, that is, the processes inherent to ecosystems, including those that benefit humans – also called ecosystem services. Using a deep-time approach from today to 21 million years ago, the authors compared communities defined by their inhabiting species against those defined by their species’ different ecological roles. For example, a community may include many different plant-eating species, but these may all be browsing to gather their food, whereas in another community there are fewer plant-eaters, but only a handful are browsing while all others are grazing. How do these different communities behave when, for example, climate is changing? “Understanding the behaviour of past ecosystems under environmental change will help us to anticipate future changes and make better conservation policies”, explains Fernando Blanco, researcher at the Museum für Naturkunde Berlin (Germany) and lead author of the study.

The study draws on the exceptional fossil record of the large mammals that inhabited the Iberian Peninsula during the last 21 million years. “The Iberian mammalian paleontological record is one of the most complete and best studied records in the world for this time interval, which allows us to carry out this type of studies and to know in detail how ecosystems evolved millions of years ago”, adds Soledad Domingo, co-author of the work and professor at the Complutense University of Madrid. The researchers used a so-called Network Analysis to group extinct communities with similar species composition on the one hand, and with similar ecological structure on the other. To do so, they gathered information on the diet, body size and type of locomotion for each species, and grouped them under different ‘functional entities’, that is, sets of species with similar ecological roles. “This functional information condenses multiple aspects of a species’ ecological role. The general conviction is that conserving a higher functional diversity should help to stabilize ecosystems in the face of disturbances, which is also called the ‘insurance effect’, increasing the persistence of ecosystem functioning, and ensuring yet-unknown future benefits to humanity”, says Joaquin Calatayud, co-author and researcher at Universidad Rey Juan Carlos (Spain).

This approach allowed the researchers to assess how fast the species composition of communities changed in comparison to their ecological structure over millions of years. “By looking into the past, we can ask fundamental questions regarding the persistence of ecosystem functioning over evolutionary time and may also be able to guide long-term future conservation actions”, adds Johannes Müller, co-author and professor at the Museum für Naturkunde and Humboldt University Berlin (Germany).

The researchers found that the ecological assemblages were more resistant than the species compositions under environmental change, and only major disturbances were able to push ecosystems into a new ecological organization. Their results showed that today’s Iberian ecological assemblage shares structural elements with the mammalian communities of the last 8 million years. “This means that, surprisingly, the functional structure of the Iberian mammal communities has remained stable despite facing dramatic changes in the environment, such as the drying up of the Mediterranean Sea around 6 million years ago or the climatic fluctuations associated with the Ice Age glaciations, which started around 2.5 million years ago”, explains Manuel Hernández Fernández, co-author and professor at Universidad Complutense de Madrid (Spain). “In the last 20 million years only two environmental changes significantly affected this ecological structure, 14 and 9 million years ago, both associated with changes in the distribution of precipitation on a global scale.”

The findings challenge again the notion that conservation should primarily focus on the preservation of sets of endangered or iconic species, since from an evolutionary perspective species associations are transitory in comparison to their ecological roles. “Actions carried out to preserve ecosystem functioning will tend to endure more than actions oriented towards protecting individual species”, adds Juan L. Cantalapiedra, senior author and researcher at the Universidad de Alcalá de Henares (Spain).

However, preserving long-lasting ecological assemblages does not ensure that their species will have a better chance at surviving in the future. “We found that even species in assemblages that are ecologically very rich do not have a lower extinction risk than those in poorer assemblages, so betting on these species-rich communities would not necessarily prevent species loss in the long term” concludes Blanco. “Of course we’re aware that conservation efforts are often guided by politics in addition to science, but we consider that it is important to think more explicitly about our long-term priorities.”