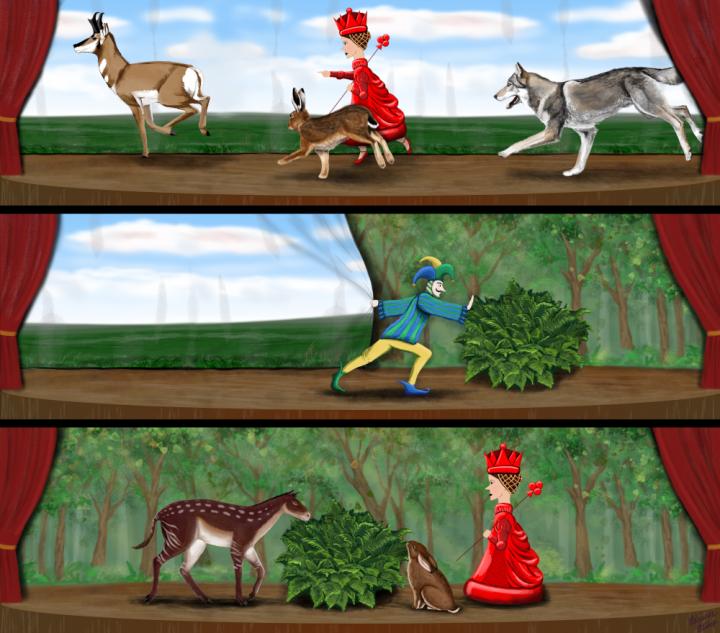 Japan — Next to cat videos, watching small and cuddly rabbits is probably one of the most popular internet pastimes. Plus they appear in literature as well as in traditional folklore spanning numerous cultures, thanks likely to the fact that rabbits reside on every continent except Antarctica.

Yet despite their ubiquity, lagomorphs — including rabbits, hares, and pikas — are rather limited in their size diversity. Compare this to their evolutionary sisters, the rodents, which vary in size from the four-gram pygmy mouse to capybaras weighing as much as 50 kilograms.

So why don’t we see rabbits rivaling the sizes of horses?

To answer this question, a research team led by Kyoto University’s Primate Research Institute investigated the fossil record and evolutionary history of lagomorphs. In a study in the journal Evolution, the team reports that larger herbivore competitors were one evolutionary constraint limiting rabbits’ size.

“But some breeds of domestic rabbits and other extinct species can weigh up to 8 kg. We were surprised by this, and so began to investigate what sort of external forces keep wild lagomorphs across the world from evolving larger body sizes.”

The scientists began by analyzing ecological factors, discovering that the body sizes of ungulates — hoofed animals — are the most influential predictor.

“We next compared how much energy is used by populations of lagomorphs and ungulates relative to their body sizes,” continues Tomiya, “finding that lagomorphs weighing more than six kilograms are energetically at a competitive disadvantage to ungulates of the same size.”

The team lastly went through the lagomorph fossil record in North America, discovering that the best predictor for maximum body size was that of the smallest contemporaneous ungulate.

“We see this pattern today across numerous eco-regions, suggesting that there is an evolutionary ‘ceiling’ placed on lagomorphs by their ungulate competitors,” explains Tomiya.

These findings suggest that competitive biotic processes can play an important role in shaping the evolutionary history of mammalian orders, acting in hand with abiotic processes such as changes in climate.

“An ongoing debate in evolutionary biology concerns whether biological or environmental processes are more important in shaping biological diversity,” states Tomiya, “as characterized by the ‘red queen’ and ‘court jester’ hypotheses.”

“For some time, the court jester model — ascribing diversity to abiotic forces such as the climate — has been dominant, due to the difficulty of studying biological interactions in the fossil record.”

The team’s results show that biotic interactions do play an important role in guiding the evolutionary trajectories of some species, within the larger context of abiotic influences.