When the invasive fish are native

Exotic fish are a threat to river ecosystems, but what happens when invasive species are native to a territory and have been introduced into waters that are not their original territory? A new study carried out by the UB and published in the journal Science of The Total Environment, has analysed the impact the native fish receive from these species, called translocated species, compared to the effects of exotic invasive species, i.e, those that are not native to any basin in the territory. 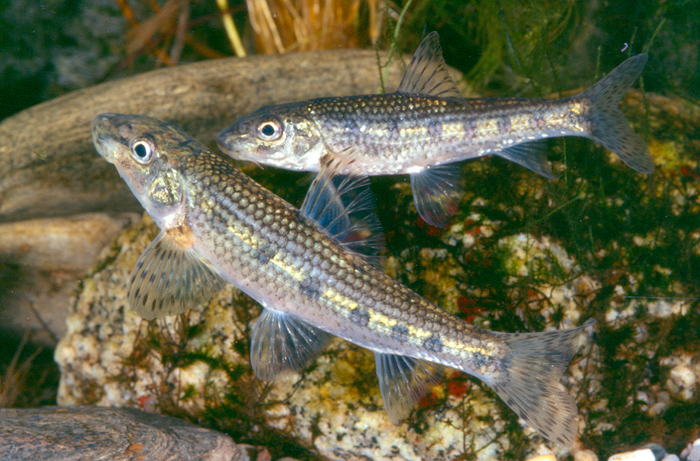 Exotic fish are a threat to river ecosystems, but what happens when invasive species are native to a territory and have been introduced into waters that are not their original territory? A new study carried out by the UB and published in the journal Science of The Total Environment, has analysed the impact the native fish receive from these species, called translocated species, compared to the effects of exotic invasive species, i.e, those that are not native to any basin in the territory.

The conclusions of the study show that the quality of the habitat is the most important factor for the wellbeing of native fish, but the study also points out that translocated species can become as problematic as the exotic ones.

According to the researchers, these results can have implications in the management of rivers, specially in the context of climate change, since species translocation is a common effect of inter-regional water transfers carried out by some countries to mitigate the consequences of global warming.

“What our data suggest is that invasions by translocated native species should be taken at least as seriously as those by exotic species in the systems we studied, i.e. the typical medium-sized Mediterranean streams and rivers”, notes Alberto Maceda, researcher at the Biodiversity Research Institute (IRBio) of the University of Barcelona and first author of the article. The study included the participation of Adolfo de Sostoa, researcher at IRBio, and experts Ralph Mac Nally and Jian D.L. Yen, from the University of Melbourne (Australia).

A pioneering study on the effects of translocated species

The researchers studied the characteristics of different fish species in fifteen sites of the basins of the north-eastern Iberian Peninsula, but they focused especially on cyprinid species (Cyprinidae), one with the highest species richness in the world and the most common in Europe.

Specifically, researchers analysed indicators of great ecological relevance, such as the native species diversity, abundance and size distribution of native fish when exposed to invasion by exotic or translocated native species. “Before our study, there were studies that highlighted the problem of mixing populations of Mediterranean and Atlantic trout, and some examples of competition between native and translocated native species, but ours is the first study that has analysed the problem from a broader point of view and has combined different indicators”, says Alberto Maceda, lecturer at the Faculty of Biology of the UB.

The results, in line with previous studies, indicate that habitat quality is essential for the conservation of native species. That is, environmental features, such as temperature, water depth or velocity, pH or nutrient levels, are the variables that best explain the variability in characteristics such as abundance or weight of the analysed native species. However, the main novelty of the study is that, after considerng these environmental variables, the results suggest that the translocated species had potentially greater impacts on native fish than the exotic species, despite the fact that the latter contained some widely recognised exotic species, such as carps (Cyprinus carpio) or bleaks (Alburnus alburnus).

There are still many unanswered questions about translocated species

Given the results, the researchers stress the need to study the ecological impact of translocated native species in greater detail. “It is no good assuming that the impacts of exotic species are worse because they come from outside our borders, as we do not yet have enough information to make such assertions. In fact, we have a great lack of knowledge about the diseases, hybridisation problems, trophic competition, etc. that translocated species can bring”, highlights the researcher.

The conclusions of this study present a considerable challenge for the current legislation and river management, such as, for example, finding oneself in the situation of having to protect and eradicate the same species depending on the hydrological basin in which it is found. Alberto Maceda notes that “Species are usually declared problem species in a political territory, but we can find that a species is native and has invasive populations in the same political area. To make things worse, we may even find that a species is in decline in its native basin, but it is expanding in basins where it has been previously introduced”.

In this context, the researcher points to habitat conservation as the aspect that managers should focus on the most in order to conserve native fish. “In general terms, we think that action should be taken regarding the habitat conservation, because the benefits have multiple dimensions that, on the rebound, can even make native species better competitors against exotic species”, he says.

Despite this general recommendation, Alberto Maceda adds that sometimes an intervention against introduced species can also be a solution, especially if they are translocated natives, because they may have similar habitat requirements to natives. “Rivers with poorly conserved habitats also experience the most biological invasions, and it is often difficult to distinguish between the effects of exotic species and habitat. However, in some cases the main detrimental effect is that of translocated native or exotic species, and therefore acting on them, if a complete eradication is feasible, will certainly be beneficial to the river”, he concludes.