When it comes to monarchs, fall migration matters 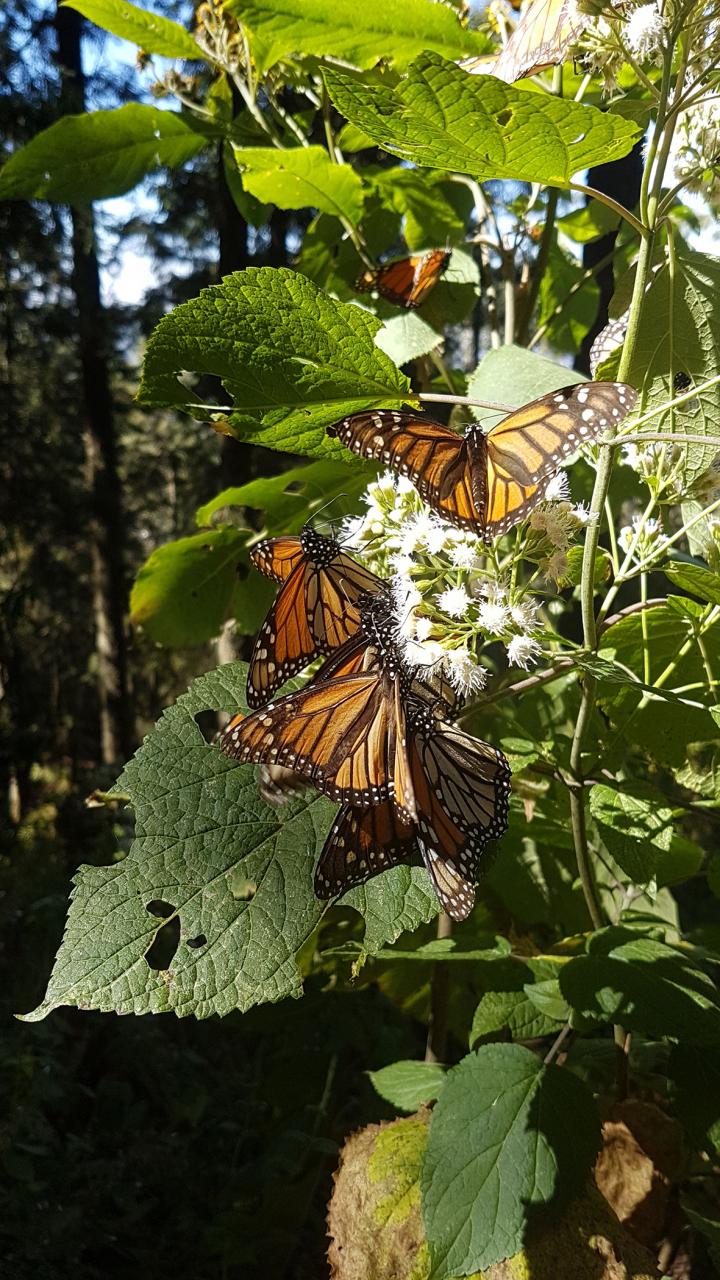 New research conducted by Michigan State University and published in Proceedings of the National Academy of Sciences, however, shows that a critical piece of the butterfly’s annual cycle was missing – the fall migration. By focusing on this southerly trek, as well as changing the scale at which winter populations are examined, scientists reveal a wider, more-accurate spectrum of threats that have contributed to the monarch population’s downward trend.

“Getting accurate monarch counts in the summer is tough,” said Sarah Saunders, former MSU integrative biologist and the study’s lead author. “Finding them in the fall, though, is nearly impossible as they’re moving hundreds of miles daily.”

Monarch butterfly numbers have been dropping precipitously for more than two decades ¬- in part due to shrinking winter habitat and increased herbicide use in the Midwest that eliminates their host plants from summer breeding grounds. However, herbicide use and habitat loss have diminished over the past decade, yet monarchs continue to decline.

These key facts told scientists that a big part of the story was being left out, said Elise Zipkin, MSU integrative biologist and the study’s senior author.

“Migratory periods are missing from most research because they are the most difficult periods to investigate,” she said. “For monarchs, the fall is the least-studied season because the data are so sparse and are generally opportunistic.”

In the paper, Saunders and her team built a multi-scale model and included a summer population index to account for year-to-year variations. They then added environmental factors occurring during the fall migration, such as temperature and landscape greenness. A brown, dry fall means fewer nectar resources – where monarchs obtain their energy – to fuel them along their journey.

There’s also the threat of OE, or Ophryocystis elektroscirrha, a parasite that infects monarchs, causing deformed or smaller wings. Understanding the changing threats affecting animal migration is key to conservation, said Elizabeth Blood, a program director at the National Science Foundation, which funded this research.

“The survival of migratory animals has been an important area of investigation as climate changes spark ecosystem and migratory pattern changes,” she said. “This research boosts our understanding of larger processes – from regional to even continental scales – and the impact they have on migratory animals.”

The scientists re-evaluated the long-standing base on which monarch estimations are made. Rather than consider the winter population as a single entity, their model used the numbers from all 19 known colonies individually.

“We’re the first to examine the winter colonies this way,” Zipkin said. “If you aggregate the winter colony data, you can get the wrong result because there are important differences in habitat quantity and quality at the individual colony sites.”

“Unsurprisingly, our model shows that all seasons are important; summer, fall and winter factors are all connected,” said Saunders, who’s currently a quantitative ecologist at National Audubon Society. “In particular, we found that landscape greenness during the fall migration, in addition to the peak summer population size and the amount of habitat at local winter colonies, were the key factors influencing the winter population size.”

The interdisciplinary aspect of this research is also noteworthy. A single researcher couldn’t collect the data necessary to create this improved model. Decades worth of continental-scale data from across all seasons fuel it. Climatologists, collaborators in Mexico and citizen scientists all have contributed critical information.

Scientists like Zipkin and Saunders are looking at integrative biology through a brand-new lens.

“Thanks to citizen scientists and wider collaborative networks, many different data sources are now available,” Zipkin said. “We have unique opportunities to research questions that were unanswerable just a decade ago.”

Compost key to sequestering carbon in the soil

Microscopic evidence sheds light on the disappearance of the…