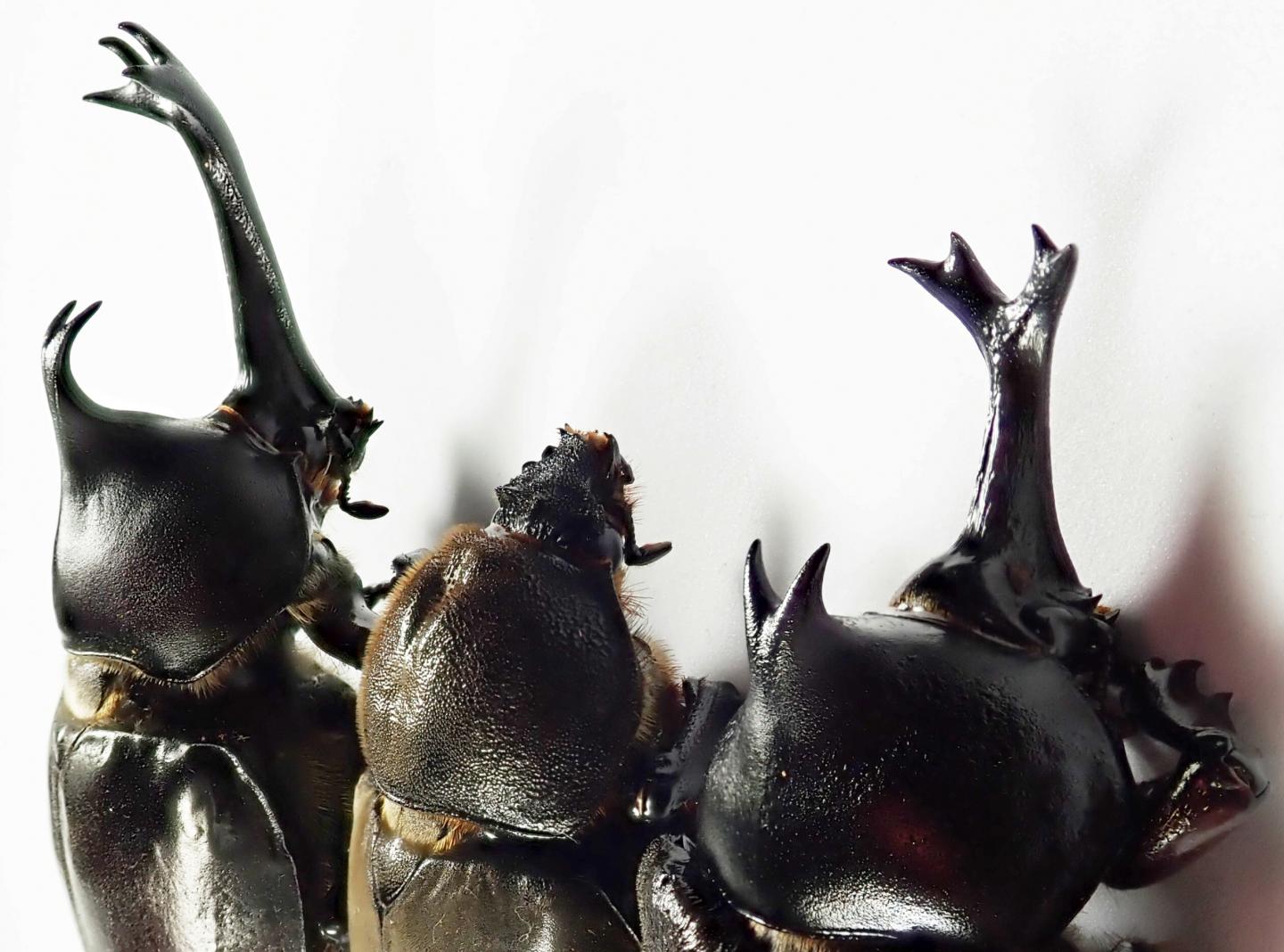 The male Japanese rhinoceros beetle, Trypoxylus dichotomus, living on Japan’s main island has big horns, which are used as weapons when it fights other males for females. As such, researchers are accordingly looking for the mechanism that creates these horns. To this end, a research team at the National Institute for Basic Biology in Japan has identified sex-determining genes for this beetle, and has succeeded in identifying the timing of sex differences that appear in horn primordia.

A member of the research team, Dr. Shinichi Morita said “Unlike the model animal Drosophila, we did not have any basic information concerning these beetles, such as their developmental stages. Furthermore, because the larvae and pupae live in the soil, it was particularly difficult to observe their development.” Therefore, Dr. Morita developed a rearing method encompassing the beetle’s late larval stage up until adulthood that utilized plastic tubes yet didn’t require any soil. Dr. Morita then video recorded a few weeks of the process of beetle larvae becoming pupae, and looked for signs that the prepupal stage had started.

“We found that “head-rocking behavior” was a sign of the beginning of the prepupal stage.” Dr. Morita said. Using this as a reference point, the research group was able to create a stage table of horn formation along a time axis. As a result of this, it became clear that it took about 36 hours after the reference point for the morphological differences between males and females in the horn primordia to appear.

Next, referring to the mechanism of sex determination in Drosophila, they examined how the sex of the beetle was determined. The research team subsequently revealed that the sex of the beetle is controlled by a gene named “transformer”. They found that when this gene is suppressed during the larval stage, male-like horns are formed in the female beetle.

The leader of the research team, Prof. Teruyuki Niimi said, “The timing at which the gene that causes sexual differences in horn formation is about 29 hours after the baseline point of the prepupal stage start. Based on this finding, we want to clarify the details of the gene network of horn formation.”

The results of this were published on April 10, 2019 in PLOS Genetics.

New tool can pinpoint origins of the gut’s bacteria