When a diseased liver disrupts the brain

Researchers from UNIGE, CHUV, EPFL, CIBM, HUG and UNIL have demonstrated how chronic liver diseases cause molecular changes in the brain. 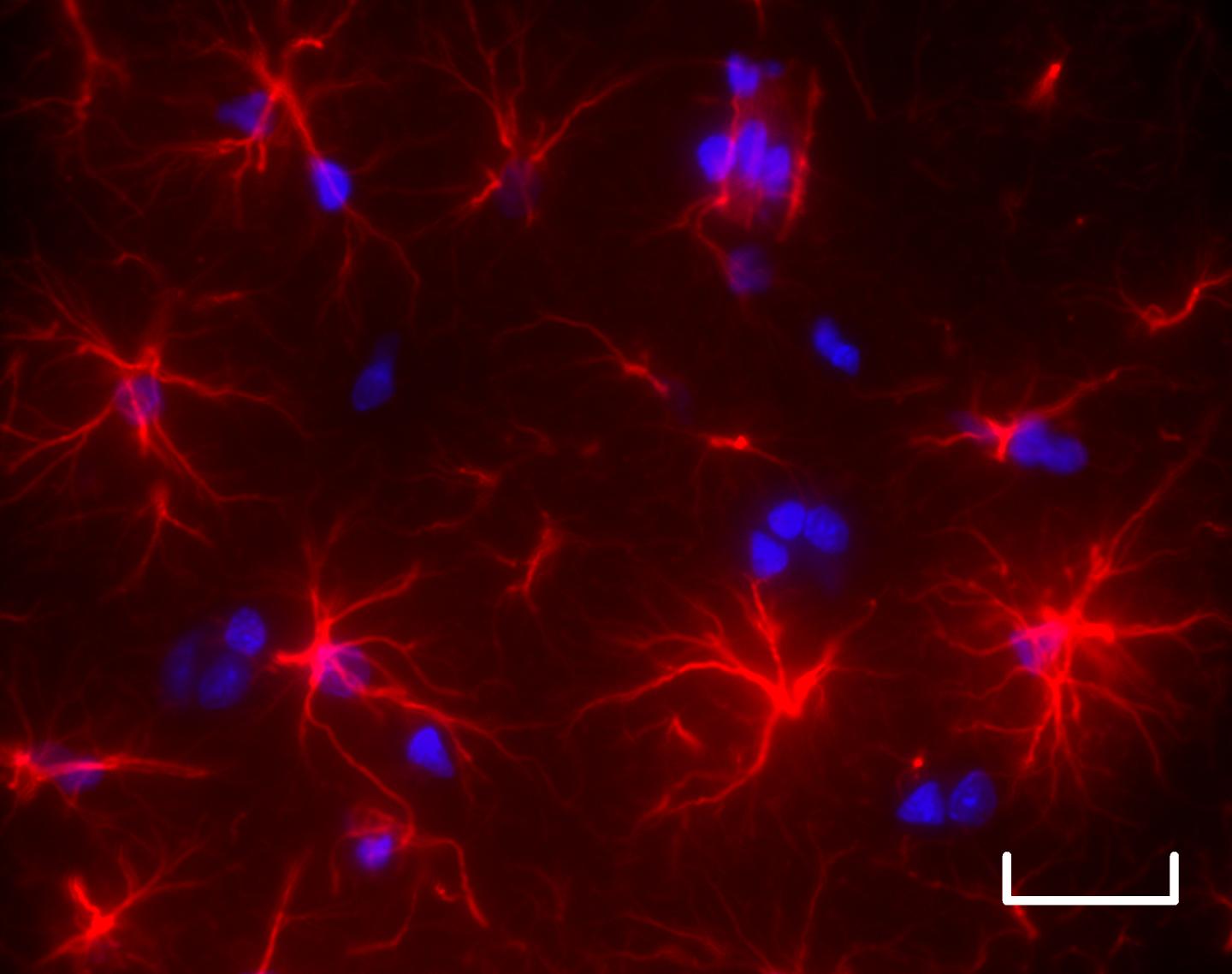 The liver plays a vital role as a filter in the human body. But what happens when it malfunctions? Researchers from the Universities of Geneva (UNIGE) and Lausanne (UNIL), the Vaud University Hospital Centre (CHUV), the Centre for Biomedical Imaging (CIBM), the Federal Polytechnic School of Lausanne (EPFL) and the University Hospitals of Geneva (HUG), Switzerland, teamed up to perform a detailed analysis of hepatic encephalopathy, a type of brain damage caused by chronic liver disease. The scientists were able to observe for the first time in a mouse model that a dysfunction of the liver provokes cerebral molecular disturbances in two weeks, even though no physical symptoms are apparent. Moreover, several molecules are concerned, including two that were previously unknown. The research results, which you can read about in the Journal of Hepatology, might help detect brain damage linked to liver diseases via a brain analysis before an individual’s state of health deteriorates.

When the liver is diseased, as is the case with cirrhosis, a number of substances are no longer filtered, which can cause psychological, motor and neurocognitive disorders in adults. This disease, called hepatic encephalopathy, may manifest itself in a wide spectrum of symptoms, even including a coma. It is known that one of the actors in hepatic encephalopathy is ammonium. As Valérie McLin, professor in the Department of Paediatrics, Gynaecology and Obstetrics at UNIGE’s Faculty of Medicine and Geneva University Hospitals (HUG), explains: “Ammonium is a substance produced when proteins break down, some of which is directed to the brain where it is transformed into glutamine – used for the production of neurotransmitters – while the other part is filtered by the liver and excreted in the urine.” However, if the liver malfunctions, it causes an excess amount of ammonium in the brain, and therefore glutamine production, which can trigger cerebral edema and, in some cases, hepatic encephalopathy. There are still two unknown factors: are there other molecular actors responsible for hepatic encephalopathy? How long does it take for the brain to be affected by liver malfunction ?

Impact much earlier than anticipated

In an attempt to answer these questions, the researchers observed rats with chronic liver disease for eight weeks. “We tracked each animal individually by putting it in a high magnetic field MRI (9.4 Tesla) every two weeks so we could carry out high resolution spectroscopy (MRS). This meant we could observe the molecular alterations very precisely from the onset of the liver disease,” says Dr Cristina Cudalbu, a research staff scientist and operational manager of the 9.4T MRI, Center for Biomedical Imaging at EPFL. “And we discovered hitherto unseen observations!”

The scientists found that molecular changes affect the brain as early as the second week of liver disease. And yet, the rats have minimal symptoms of the disease. “Based on earlier studies, we thought it will take about six weeks to see an impact, i.e. at the beginning of the deterioration of the animal’s health,” says Dr Cudalbu.

The external signs of the disease appear between the fourth and eighth week: jaundice, malnutrition or water in the belly. “From that moment, we observed that in addition to there being an excess of ammonium in the brain, the concentration of the two other molecules drops: vitamin C, an antioxidant, and creatine, which fulfils many functions, including energy-related functions,” says Olivier Braissant, a professor in the Clinical Chemistry Department at CHUV and the Faculty of Biology and Medicine at the University of Lausanne (UNIL). This is the first time that the role these two new actors play in the disease has been visibly demonstrated. “These appear in a second phase after the ammonium in the blood rises,” says Professor Braissant.

Should the brain be analysed to detect liver diseases?

The results suggest that an MRS brain scan might detect the neurological manifestations of chronic liver disease long before the appearance of the first symptoms. But the researchers also aim to know whether it would be possible to protect the brain from this type of deterioration – or at least reduce the damage – by compensating for the lack of creatine and vitamin C using supplements or through the use of probiotics. “We are also carrying out similar observations in humans to see whether the brain damage is similar to that in rats,” concludes Professor McLin.

Binge drinking may be more damaging to women