What motivates people to join — and stick with — citizen science projects? 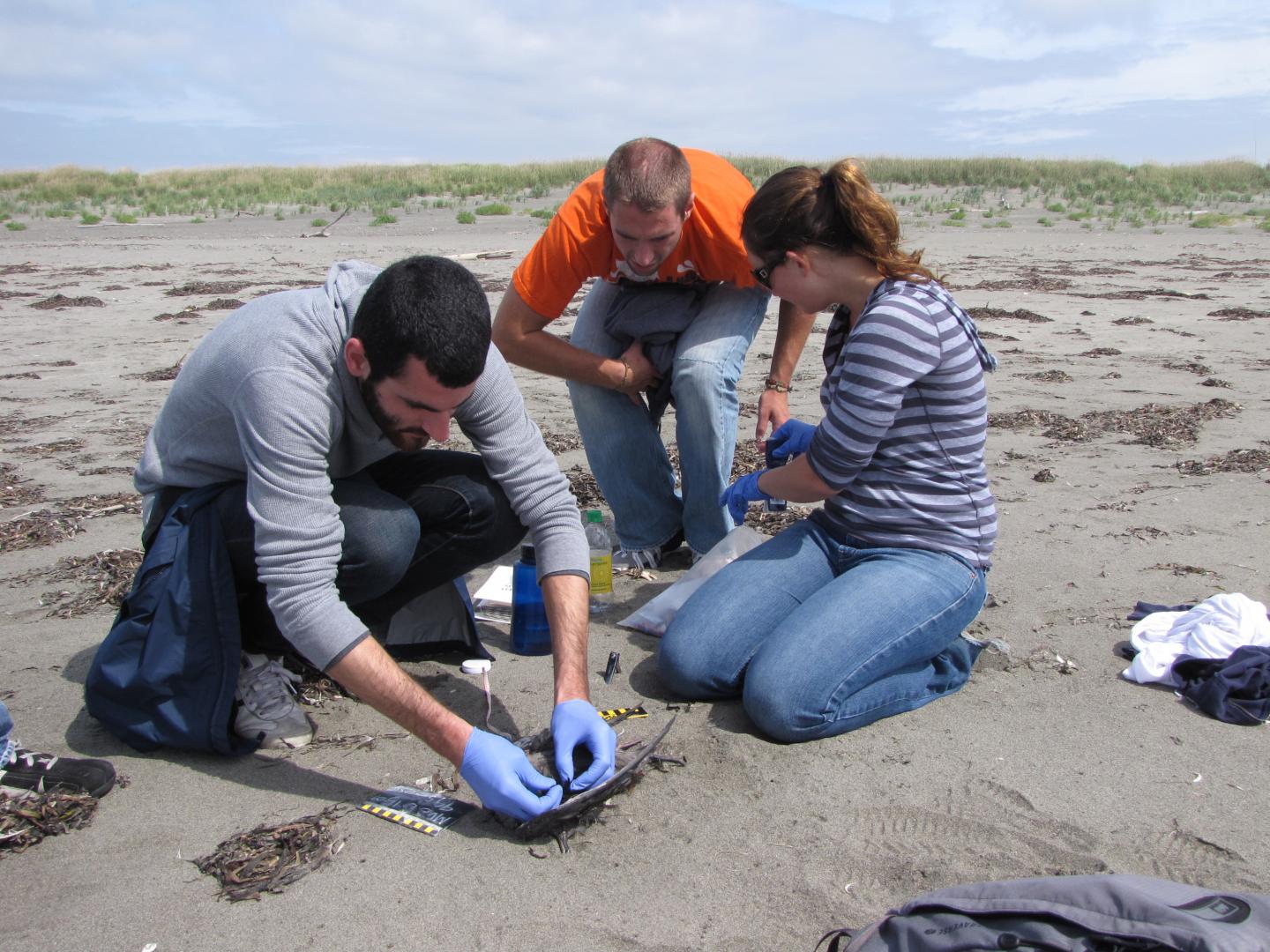 From searching for extraterrestrial life to tracking rainfall, non-experts are increasingly helping to gather information to answer scientific questions.
One of the most established hands-on, outdoor citizen science projects is the University of Washington-based Coastal Observation and Seabird Survey Team, COASST, which trains beachgoers along the West Coast, from California to Alaska, to monitor their local beach for dead birds.

With about 4,500 participants in its 21-year history and roughly 800 active participants today, COASST’s long-term success is now the subject of scientific study in its own right. What makes people join citizen science projects, and what motivates people to stick with them over years?

A UW-led paper published in the July issue of Ecology and Society explores the interests and identities of participants who join and remain active in citizen science. Results could help other science projects aiming to harness the power of large teams.

Previous research led by the UW has shown that people who join online-based citizen science projects generally try it just once, and fewer than 1 in 10 remain active past one year. The rates for hands-on, in-person efforts are much higher: COASST, for example, has 54% of participants still active one year after joining.

But what separates those who stay from those who go? Years of responses to surveys from the COASST team’s recruitment and engagement efforts provide a unique window on citizen science.

“I came to the UW to analyze a gold mine of social science datasets accumulated by COASST,” said social scientist and lead author Yurong He, a postdoctoral researcher in the UW School of Aquatic and Fishery Sciences. “Over a four year period, hundreds of participants responded to survey questions about why they were joining – or continuing – with the program. This represents an unparalleled opportunity.”

She analyzed answers to two freeform questions posed to project participants: “Why did you join COASST?” and “Why do you continue to be involved in COASST?” Some 310 new participants chose to answer the questions during their initial training. Another 623 seasoned participants, who had been involved for more than one year, completed a mail-in survey.

“People’s memory can be a bit tricky,” He said. “You may think that two or five years ago you had a particular motivation, but is that really so? With this study we can definitively answer the motivation question at two different times: at the moment of joining the program, just after they finish being trained, and once they have spent at least a year on the beach collecting monthly data.”

The analysis shows that new participants wanted to be outdoors on the beach, learning about birds. Many listed their scientific degrees, previous occupations and birding expertise. But responses from longer-term contributors displayed a slightly different pattern: Although birds and beach remained dominant interests, seasoned volunteers were more likely to mention interests such as the desire to monitor and observe their beach, help in making scientific discoveries, and the importance of project data and results for environmental conservation. Moreover, their “science identity” became focused on their data-collection team and the project collective, rather than on their personal traits.

One important finding, He said, was the value of place. Volunteers often mentioned the importance of continuing to visit their beach even if they hadn’t found any birds washed ashore after several months.

“We thought they would talk a lot about birds, and they did, but they actually talked more about the coastal environment, the beach and the ocean,” He said. “Place was either equally important or even more important to them than birds.”

Another surprising finding is the degree to which participants consider citizen science to be a social activity. Of the five tasks volunteers listed as most important in defining their work for COASST, two – “communicating project results” and “recruiting others to participate” – were social. The other three tasks were “collect data,” “make measurements” and “enter data.”

“Activities that help connect family members and friends, and provide opportunities to meet new people who share similar interests, can also be scientific in nature,” He said. “COASST fulfills both science and social interests for coastal residents.”

The study’s conclusions based on the surveys included some take-home messages for organizers of hands-on citizen science efforts:

The research was funded by the National Science Foundation’s Advancing Informal STEM Learning program and Washington Sea Grant’s support for COASST. Other authors on the paper were Julia Parrish, a UW professor of aquatic and fishery sciences and director of COASST, Timothy Jones, a UW postdoctoral researcher in aquatic and fishery sciences, and Shawn Rowe, an associate professor at Oregon State University.

Parrish is lead author, with co-authors including Jones and He, of another recent paper, published in February in the Proceedings of the National Academy of Sciences, exploring the relationship between participant retention over the long term and accuracy of data collection, which also revealed the importance of social networks in citizen science. That analysis looked at 54 citizen science projects, including COASST, to pinpoint the characteristics of highly successful long-term participants and determine how citizen science projects can be designed for maximum success and reach.

“Both of these papers indicate that attention to social and scientific aspects of the project are likely to return the highest quality data,” said Parrish. “Attention to friends, family, community and other aspects of individual identity will make a difference in the success of our recruitment efforts.”
Other authors on the PNAS paper are Hillary Burgess at the UW, Lucy Fortson at the University of Minnesota and Darlene Cavalier at Arizona State University. That work was funded by the National Science Foundation and Washington Department and Fish and Wildlife’s support for COASST.

NJIT researchers detect minute levels of disease with a nanotechnology-enhanced…

Scienmag Apr 2, 2019
Credit: NJIT The difficulty in spotting minute amounts of disease circulating in the bloodstream has…