What drives multiple female acorn woodpeckers to share a nest? 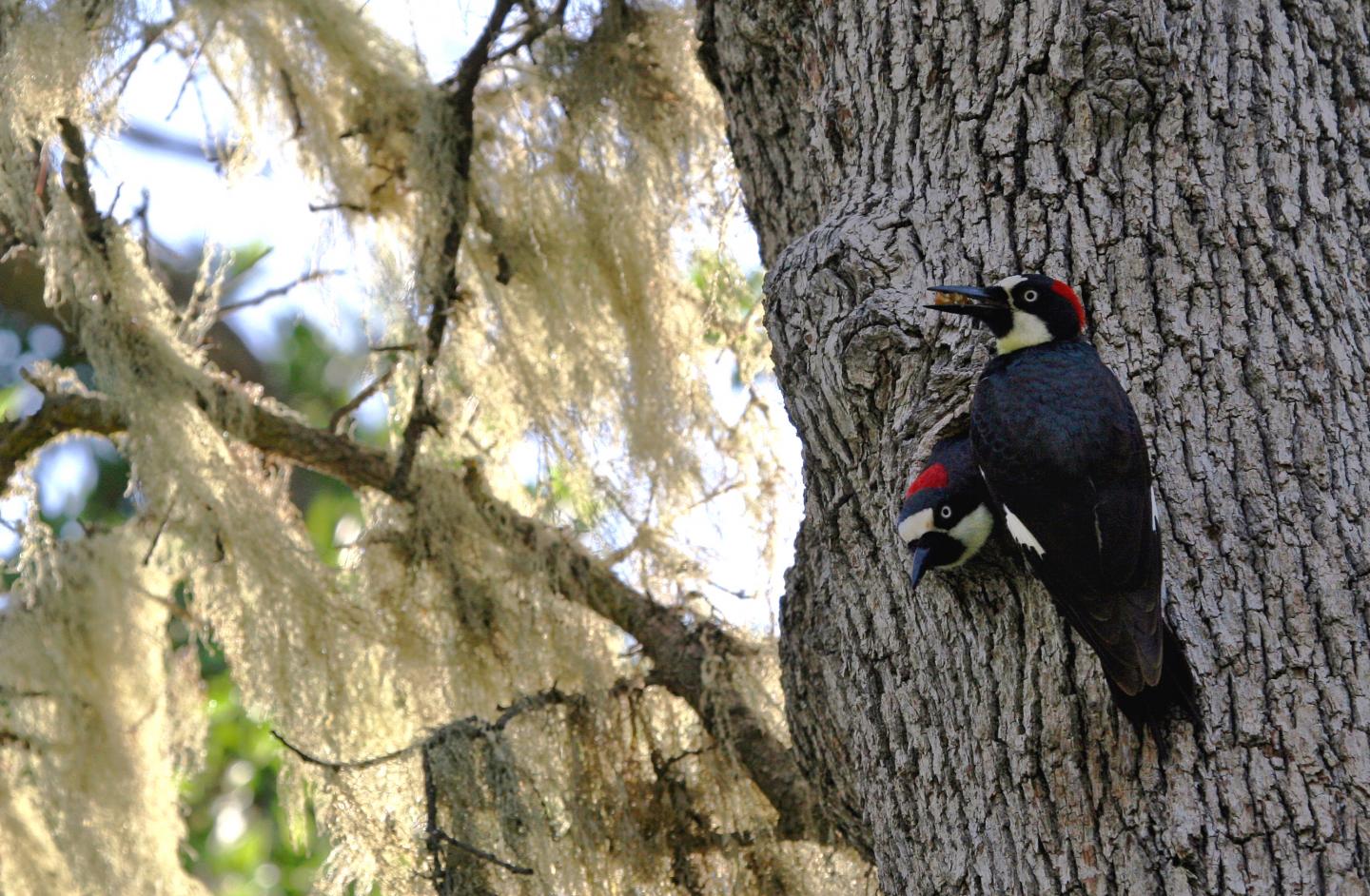 Ithaca, NY–Acorn Woodpeckers live in close-knit family groups and have one of the most complex breeding systems of any bird in the world. In about 20 percent of family groups, up to 3 related females may lay eggs in the same nest. They raise the chicks cooperatively with one or more related males. This behavior is known as joint nesting or “cooperative polyandry.” Only five other species of birds worldwide are known to do this. The reasons that may be driving the behavior are outlined in a study recently published in The American Naturalist.

They found that joint nesting was more common in years when Acorn Woodpecker population density was high, all the breeding territories were occupied, and opportunities for a female to nest on her own were very unlikely.

Although nesting with others reduces the number of offspring each female can produce compared to when she nests alone, Barve says such females make the “best of a bad situation” by nesting jointly with their mother or sister rather than not nesting at all because of the lack of real estate.

Females that decide to nest jointly do so in groups where there are two or more breeder males, thus increasing the number of caregivers and the total number of chicks that females can successfully raise. Years of population boom may have therefore been an important mechanism driving the evolution of such highly social behaviors like joint nesting among Acorn Woodpeckers.