DETROIT – A research team led by faculty members at Wayne State University has discovered that communication between two key memory regions in the brain determines how what we experience becomes part of what we remember, and as these regions mature, the precise ways by which they interact make us better at forming lasting memories. 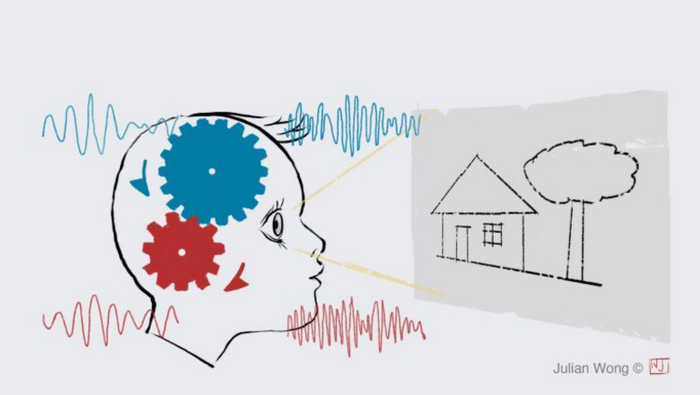 DETROIT – A research team led by faculty members at Wayne State University has discovered that communication between two key memory regions in the brain determines how what we experience becomes part of what we remember, and as these regions mature, the precise ways by which they interact make us better at forming lasting memories.

The study, “Dissociable oscillatory theta signatures of memory formation in the developing brain,” was published in the Feb. 15 issue of Current Biology.

According to the researchers, it has long been suspected that interactions between the medial temporal lobe (MTL) and prefrontal cortex (PFC), two regions of the brain that play a key role in supporting memory formation, are responsible for the robust increase in memory capacity between childhood and adulthood. To understand the nature of these interactions, they examined rare electrocorticographic (ECoG) data recorded simultaneously from MTL and PFC in neurosurgical patients, children and adults, who were trying to memorize pictures of scenes. With these unique data, the researchers examined how MTL-PFC interactions support memory development.

“We started by identifying two distinct brain signals – oscillations that one can think of as fluctuations in coordinated electrical brain activity, both in the theta frequency, a slower (~3 Hz) and a faster (~7 Hz) theta – that underlie memory formation in the MTL. We then continued to isolate unique effects that these fast and slow theta oscillations play in MTL-PFC interactions,” said Noa Ofen, Ph.D., associate professor of psychology in the College of Liberal Arts and Sciences and faculty member in the Institute of Gerontology, Merrill Palmer Skillman Institute, and Translational Neuroscience Program at Wayne State. “We found that both oscillations underlined MTL-PFC interactions but in complementary unique ways and were excited to also find that these distinct signatures of interactions between memory regions dictated whether a memory was successfully formed.”

Another finding in the study is that there appears to be age differences in fast and slow theta oscillations – the slow theta frequency slows down with age, and the fast gets faster. This is a critical novel finding that has potentially vast implications for understanding brain development and understanding age-related differences in recognition performance.

Curious about the underlying anatomical infrastructure that gives rise to interactions that support memory, the team paired their findings with diffusion-weighted MRI data from a subset of subjects. They discovered that the neurophysiological signatures of memory development were linked to the structural maturation of a specific white matter tract – the cingulum.

“Findings suggest that the development of memory is rooted in the development of the brain’s ability to multitask – here, coordinate distinct slow and fast theta networks along the same tract. This tells us something fundamental about how memory becomes what it is.”

Wayne State University is one of the nation’s pre-eminent public research universities in an urban setting. Through its multidisciplinary approach to research and education, and its ongoing collaboration with government, industry and other institutions, the university seeks to enhance economic growth and improve the quality of life in the city of Detroit, state of Michigan and throughout the world. For more information about research at Wayne State University, visit research.wayne.edu.

NOTE: Press release artwork credit should be given to Julian Wong.