Water is more homogeneous than expected 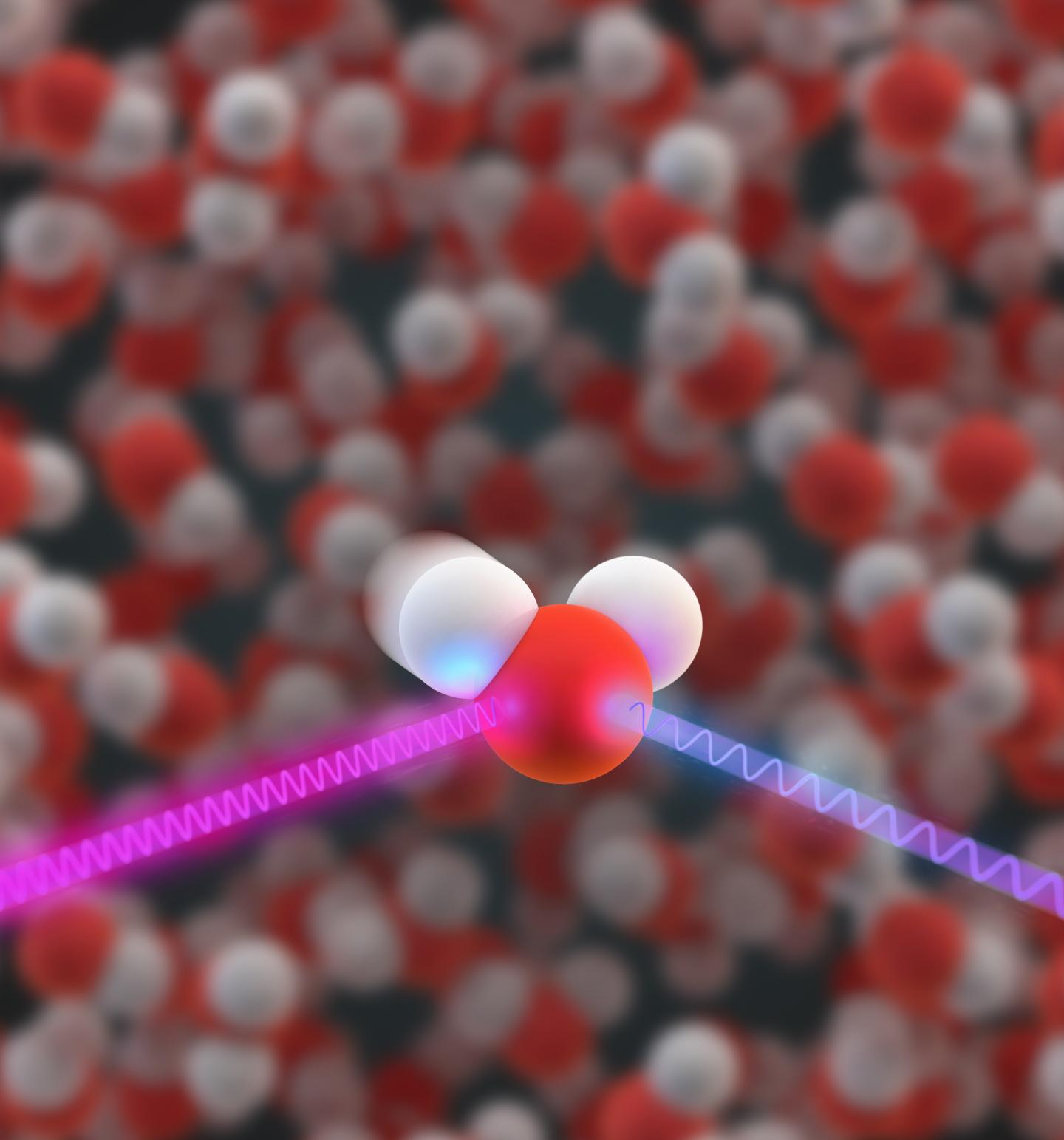 Water at ambient conditions is the matrix of life and chemistry and behaves anomalously in many of its properties. Since Wilhelm Conrad Röntgen, two distinct separate phases have been argued to coexist in liquid water, competing with the other view of a single-phase liquid in a fluctuating hydrogen bonding network – the continuous distribution model. Over time, X-ray spectroscopic methods have repeatedly been interpreted in support of Röntgen’s postulate.

An international team of researchers, led in their effort by Prof. A. Föhlisch from Helmholtz-Zentrum Berlin and the University of Potsdam, conducted quantitative and high-resolution X-ray spectroscopic multi-method investigations and analysis to address these diverging views at the light sources BESSY II, European Synchrotron Radiation Facility ESRF and Swiss Light Source.

They establish that the X-ray spectroscopic observables can be fully and consistently described with continuous distribution models of near-tetrahedral liquid water at ambient conditions with 1.74 ± 2.1% donated and accepted H-bonds per molecule. In addition, across the full phase diagram of water, clear correlations to e.g. second shell coordination is established and the influence of ultrafast dynamics associated with X-ray matter interaction is separated and quantified.

From the physics of critical fluctuations, it is known, that well above a critical point one should view the state of matter as homogeneous. Incipient and large fluctuations are allowed as one approaches closely the phase boundary and the critical point: How close one has to approach it in energy and on what time scale to sense the divergence is not fully answered, but expectations from observations in solid state physics are that you have to be close to realize the 2-phase effects.

Even if the purported second critical point at -45°C and ambient pressure existed, the ambient conditions of liquid water in equilibrium would be by any means far away in temperature. Thus, the fluctuating continuous distribution model of near-tetrahedral liquid water at ambient conditions holds true independent of whether the second critical point of water in the supercooled region exists or not.

Steep rise in self-poisonings in children and adolescents

Nanoceramics from the ball mill

A new world map rates food sustainability for countries across the…