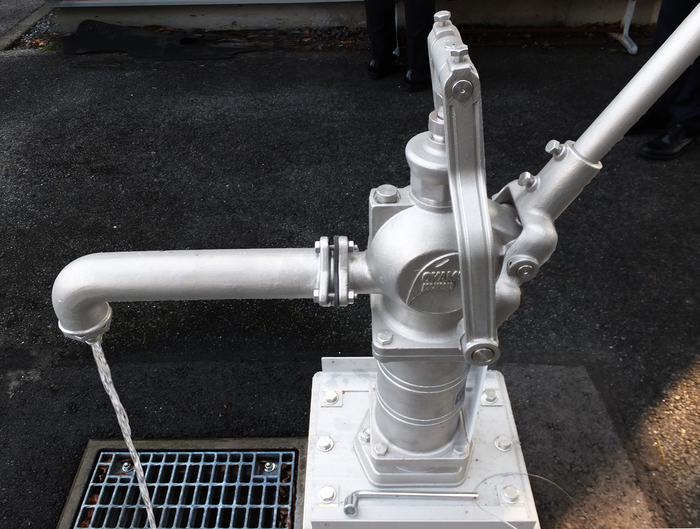 A research group led by Professor Takahiro Endo from the Graduate School of Sustainable System Sciences at Osaka Metropolitan University conducted surveys of local well owners who supplied groundwater (91 organizations) and welfare facilities representing water users (328 facilities) that were affected by the 2016 Kumamoto Earthquake. The surveys clarified the status of groundwater use after the earthquake for suppliers and users, as well as policy issues surrounding the use of emergency wells.

“Groundwater has been considered an important resource for both industrial production and the natural environment, but this research has newly clarified that groundwater is also a disaster prevention resource,” explained Professor Endo.

Although there have been previous studies of groundwater use in disaster, most of these studies assessed future disasters, such as groundwater exploration techniques and estimation of groundwater availability in the event of water supply cutoffs. Groundwater is primarily provided during the chaotic period immediately after a disaster through private wells, which are scattered throughout the affected area. This makes keeping official records of groundwater usage difficult. So, up until now, emergency well usage after earthquakes was not thoroughly understood.

The surveys found that the use of emergency wells complemented the Kumamoto city government’s emergency water supply by speeding up water delivery and improving access to water. On the other hand, a reasonable number of welfare facilities did not use water from emergency wells, even when they were nearby. This indicates that publicizing emergency well locations is an important policy issue.

“This new data is very useful for city governments who have already installed or are considering installing emergency wells in the near future,” Professor Endo concluded.