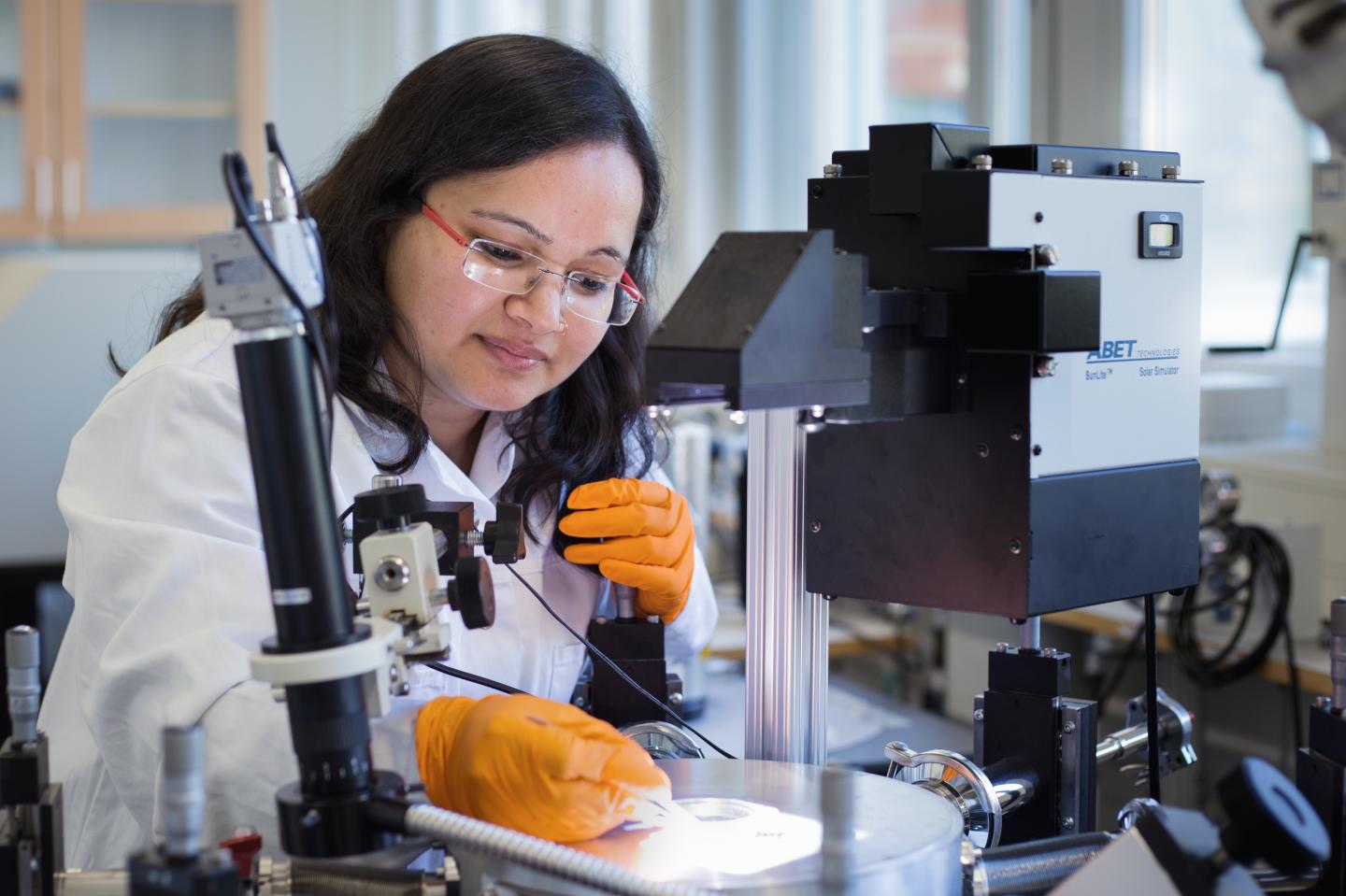 Poor-quality organic semiconductors can become high-quality semiconductors when manufactured in the correct way. Researchers at Linköping University show in an article in Nature Materials that the motion of charges in organic electronic devices is dramatically slowed down by minute amounts of water.

The discovery that organic materials, such as polymers, can act as semiconductors led to a Nobel Prize in Chemistry in 2000. Since then, research within organic electronics has truly exploded, not least at Linköping University, which is home to world-leading research in the field.

Organic semiconductors, however, do not conduct current as efficiently as, for example, semiconductors of silicon or other inorganic materials. The scientists have discovered that one of the causes of this is the formation of traps in the organic materials in which the charge carriers get stuck. Several research groups around the world have been working hard to understand not only where the traps are located, but also how they can be eliminated.

“There are traps in all organic semiconductors, but they are probably a greater problem in n-type materials, since these are generally poorer semiconductors than p-type materials”, says Martijn Kemerink, professor of applied physics in the Division for Complex Materials and Devices at Linköping University.

Martijn Kemerink and his colleagues at Linköping University have concluded that water is the villain in the piece. Specifically, the water is thought to sit in nanometre-sized pores in the organic material and is absorbed from the environment.

“In a p-type material the dipoles in the water align with their negative ends towards the holes, which are positively charged, and the energy of the complete system is lowered. You could say that the dipoles embed the charge carriers such that they cannot go anywhere anymore”, says Martijn Kemerink.

For n-type materials, the water orients the other way around, but the effect is the same, the charge is trapped.

Experiments have been carried out in which the material is heated, to dry it out and cause the water to disappear. It works fine for a while, but the material subsequently re-absorbs water from the surrounding air, and much of the benefit gained by drying disappears.

“The more water, the more traps. We have also shown that the drier the films can be manufactured, the better conductors they are. The theoretical work by Mathieu Linares quantitatively confirmed our ideas about what was going on, which was very satisfactory. Our article in Nature Materials shows not only how to get the water out, but also how to make sure that the water stays out, in order to produce an organic material with stable conductivity.”

In order to prevent the reuptake of water into the material once it has been dried, the scientists have also developed a way to remove the voids into which water molecules otherwise would have penetrated. This method is based on a combination of heating the material in the presence of a suitable organic solvent.

“Materials that were previously believed to be extremely poor semiconductors can instead become good semiconductors, as long as they are manufactured in a dry atmosphere. We have shown that dry-prepared materials tend to remain dry, while materials that are made in the presence of water can be dried. The latter are, however, extremely sensitive to water. This is true of the materials we have tested, but there’s nothing to suggest that other organic semiconducting materials behave differently”, says Martijn Kemerink.

GRACE mission data contributes to our understanding of climate change

Consumption of caffeinated energy drinks rises in the United States

More farmers, more problems: How smallholder agriculture is threatening the…