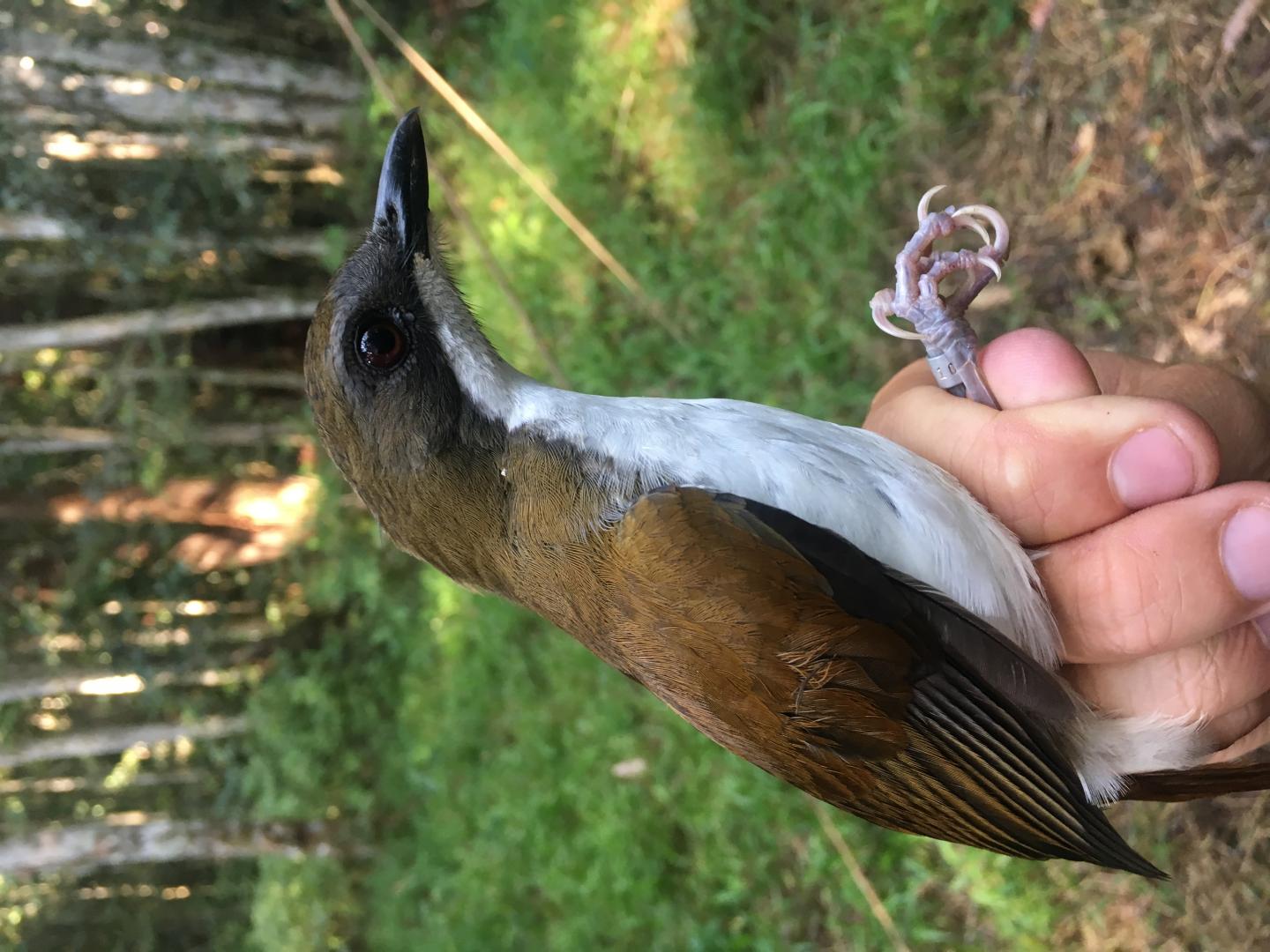 The mountain forests of Tanzania are more than 9,300 miles away from Salt Lake City, Utah. But, as in eastern Africa, the wild places of Utah depend on a diversity of birds to spread seeds, eat pests and clean up carrion. Birds keep ecosystems healthy. So if birds in Tanzania are in trouble in a warming climate, as found in a recent study by University of Utah researchers, people in Utah as well as in the African tropics should pay attention.

In a new study published in Global Change Biology, doctoral student Monte Neate-Clegg and colleagues tracked the demographics of 21 bird species over 30 years of observations from a mountain forest in Tanzania. For at least six of the species, their population declined over 30 years could be most attributable to rising temperatures–an effect of a warming world. Smaller birds, as well as those that live at the lower part of their elevation range, were at higher risk for slowed population growth.

“If climate change continues to cause population declines in tropical birds, these species could go extinct,” Neate-Clegg says. “And what is happening to birds is almost certainly happening to other organisms.”

This story starts with William Newmark, a conservation biologist at the Natural History Museum of Utah. In 1987, he began collecting data on birds in the East and West Usambara Mountains in northeastern Tanzania. To track the birds, he and his colleagues set up mist nets, nearly invisible nets that safely and temporarily trap birds so that researchers can gently place an identification band (or record a band number if a bird already has one) and release it again.

“Understory tropical birds are also a particularly good group of organisms to assess the impact of climate change on biodiversity because they can be individually banded and thus carefully monitored over time,” says Newmark. “Furthermore many tropical understory birds are poor dispersers, and thus they do not have the option to move elsewhere when their environment changes and consequently are excellent indicators of environmental change.”

In 2017, Neate-Clegg joined the project, and in 2019 traveled to Tanzania for 10 weeks of fieldwork. “It rained a lot which made things pretty miserable, and the length of isolation was a mental challenge, but good practice for a pandemic!” he says. But the local field team, led by Victor Mkongewa, was fantastic, he says. “They ran a tight ship and made me feel very welcome. Being in the jungle is always a magical experience and I enjoyed exploring the forests and mountains. Having hornbills as an alarm clock never got old!”

Thirty years of bird observations generate a vast and powerful dataset, one that is rare in the tropics. Bird banding is a powerful tool in itself because demographic information for bird species can be derived from the rate at which previously banded birds are re-encountered.

“This dataset was a great opportunity to test for long-term climate signals,” Neate-Clegg says. And the location featured high biodiversity and high levels of species that were found in that area and nowhere else. “Historically the forests have been fragmented, and now climate change threatens these species as well,” he says. “So it’s a really important ecosystem to study, especially given how little research takes place in Africa compared to other tropical locales.”

The researchers examined the resulting data in a few different ways. First, they looked at how the demographics, or population characteristics, of 21 bird species changed over the study period. Specifically, they looked at population growth, including through reproduction, and survival rates.

To explore possible factors behind the trends, the researchers compared demographic trends with precipitation and temperature trends, finding that for more than half of the species studied, the rising temperature was correlated with decreasing population growth rates. After more statistical analysis, they found that temperature explained demographic trends better than just the passage of time for six of the 21 species, or a little more than a quarter.

Neate-Clegg was surprised that precipitation wasn’t more of a factor relative to temperature. “Rainfall has been linked to demographic rates in tropical birds in Panama,” he says. “More rain means healthier plants, and more insects such as caterpillars, so we expect rain to help bird demographic rates.  “On the other hand,” says Newmark, “the dry season in the Usambara Mountains is shorter and less pronounced than in Panama and thus there is a less seasonal change in food supply for birds in the Usambara Mountains than in Panama.”

Other characteristics emerged as important factors. Birds with smaller bodies exhibited lower population growth, as did birds who lived below the midpoint of their optimal elevation range.

What it means for the rest of the world

The declines in population growth, Neate-Clegg says, are more likely to be due to less reproduction than to bird mortality. “To survive and reproduce birds need to find food and avoid predators and parasites,” he says. “If changes in temperature affect any of these processes it could affect the birds.” Climate effects on insect abundance, predator activity or fruit timing, he says, could negatively affect birds.

Climate change is a complex global phenomenon, with the potential for winners and losers in various corners of the animal kingdom, Neate-Clegg says.

“Birds trapped in montane forest blocks such as in the Usambara mountains will likely be losers because they live in isolated habitats and so don’t really have the option of escaping the temperature increases,” he says. “I think montane birds throughout the tropics, and even in temperate places such as the Rockies, will be feeling the pressure of increasing temperatures.”

And that matters because birds are not just birds. They’re integral components of their ecosystems. In forests particularly, birds participate in seed dispersal and pollination, and their loss threatens the health of forests with all the benefits to soil, air, water and wildlife that they carry. In places like Tanzania, Neate-Clegg adds, biodiversity spurs eco-tourism which supports local economies. “The world,” he says, “would be poorer without this diversity.”

“This study highlights,” Newmark says, “the importance of rapidly developing conservation strategies for tropical birds that incorporate the impact of climate change.”