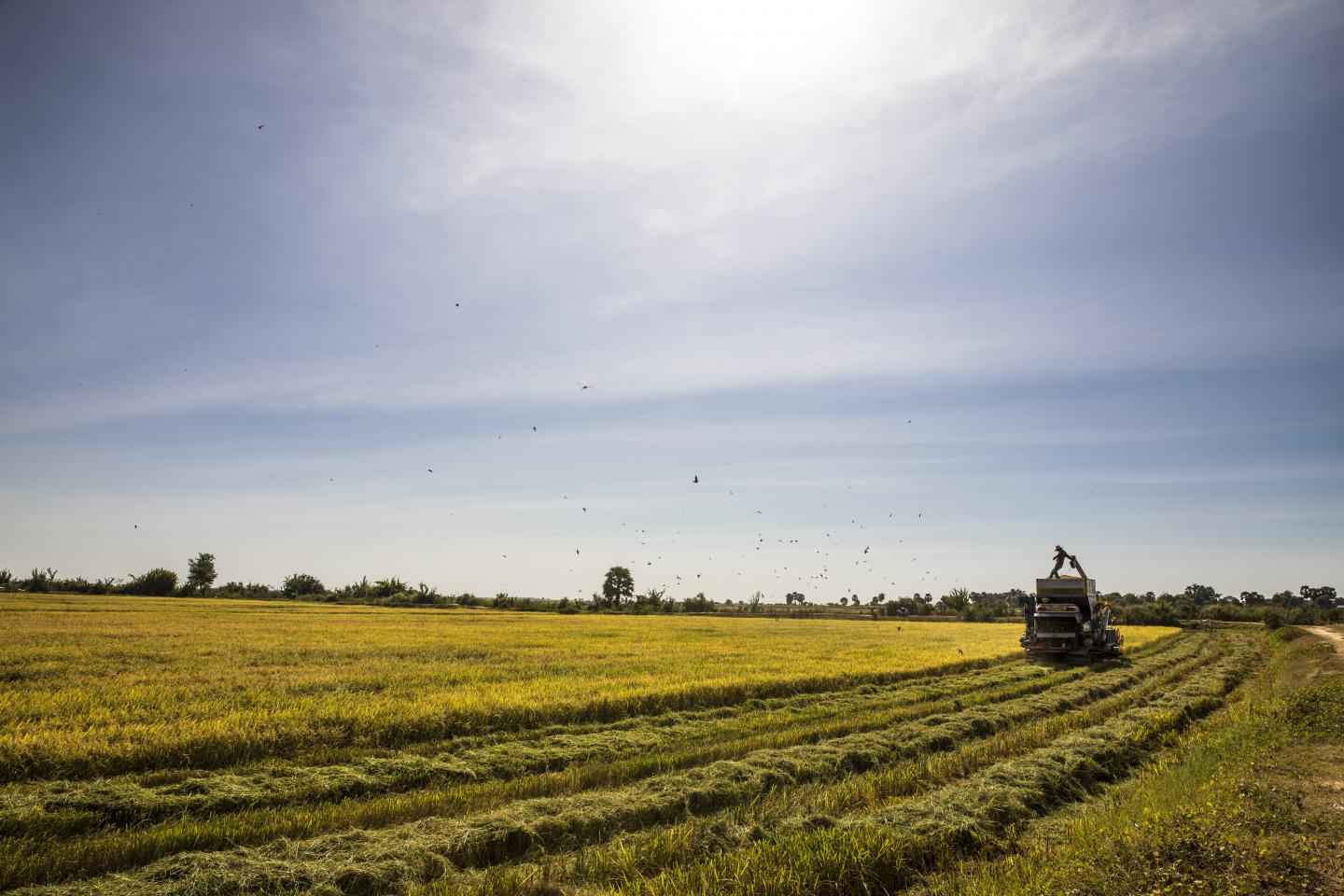 People around the world consume rice in their daily diets. But in addition to its nutrient and caloric content, rice can contain small amounts of arsenic, which in large doses is a toxin linked to multiple health conditions and dietary-related cancers.

Now researchers at the University of Washington have found that warmer temperatures, at levels expected under most climate change projections, can lead to higher concentrations of arsenic in rice grains. The team will present these findings Dec. 10 at the American Geophysical Union’s Fall Meeting in San Francisco.

“We know that more arsenic is released from soil at higher temperatures. Here we saw this response to temperature in the soil impact the arsenic content of rice grain,” said senior author Rebecca Neumann, a UW associate professor of civil and environmental engineering. “We were working with soil that had relatively low arsenic levels, but the warmer temperatures still led to increased arsenic concentrations in the grains at ranges where we begin to have health concerns. If these results are representative of what we might expect for field-grown rice, then climate change could exacerbate the problem of arsenic-contaminated rice.”

Arsenic occurs naturally in the soil, though its concentration is higher in areas that have historically used arsenic-based herbicides or where irrigation water contains arsenic. When farmers grow crops like rice under flooded conditions, arsenic is drawn out of the soil and into the water.

“In general, the plant is like a big tube or a straw as it draws water up from its roots to its leaves. And rice naturally takes up arsenic because the arsenic mimics other molecules that these plants preferentially draw out of the soil,” said lead author Yasmine Farhat, a UW doctoral student in civil and environmental engineering. “It’s a perfect storm for concentrating arsenic.”

To determine whether rice would draw up more arsenic under warmer conditions, the team collected soil from a paddy field in Davis, California. Back in Seattle, the researchers grew rice in this soil in temperature-controlled growth chambers.

They compared arsenic uptake under four different temperature conditions. Some plants were grown under normal conditions for that part of California: 77 degrees Fahrenheit (25 C) on average during the day. Others were grown at incrementally warmer temperatures reflecting different potential levels of warming for that region by the end of this century: 82 F (28 C), 87 F (30.5 C), and 91 F (33 C). Night time temperatures were 3.6 F (2 C) cooler than daytime for all plants.

As the temperature increased, the team saw increased uptake of arsenic to every part of the plant the researchers looked at — including the rice grains.

“For the stem and the leaves, it’s a clear step up in arsenic concentration as we increase the temperature,” Farhat said. “For the grains, the highest temperature made the plants so stressed out that they didn’t produce any grains. But these other two forecasts of increasing temperature show a similar increase of arsenic in the rice grains. Arsenic concentrations in the grain more than tripled between the low- and high-temperature treatments.”

Arsenic is a toxin for rice plants too, and they have mechanisms to protect themselves against higher levels of it. One method includes turning on a protein that sequesters arsenic in specific cells and tissues of plant. But when the researchers measured expression levels of this protein in their plants at higher temperatures, they saw no difference compared to the plants grown at today’s relatively low temperatures.

“Maybe the arsenic concentration was so low in our soil that the plant wasn’t ‘aware’ it needed to turn on its defense mechanism,” Farhat said. “We haven’t been as concerned about these low-arsenic systems, but our data suggest that as temperatures start to warm, even rice grown in soil with low arsenic could be at risk for having higher levels of arsenic in the grains.”

Some forms of arsenic are more toxic than others. The team is now collaborating with researchers at UW Tacoma to develop a method that would allow them to see what forms of arsenic are in the different parts of the plant. That way, they can get a better picture of any potential health risks to people.

“Arsenic in all forms is bad for us, and it’s bad for the plants as well,” Farhat said. “Increasing arsenic can decrease crop yield. That can be economically bad for rice farmers. I want people to remember even if they are not eating a lot of rice, a lot of people are heavily relying on this crop. When we’re thinking and planning for the future, we need to remember that rice touches a lot of people and we should work together on that.”

Other co-authors are Soo-Hyung Kim, a UW professor of environmental and forest sciences; Stuart Strand, a UW research professor of civil and environmental engineering; and Long Zhang, a UW research scientist in civil and environmental engineering. This research was funded by a University of Washington Innovation Award, a National Science Foundation Innovations at the Nexus of Food, Energy and Water Systems award and a National Science Foundation Graduate Research Fellowship.

Outlook for the polar regions in a 2-degrees-warmer world