Walls are used by politicians to divide groups of people even further, new book shows 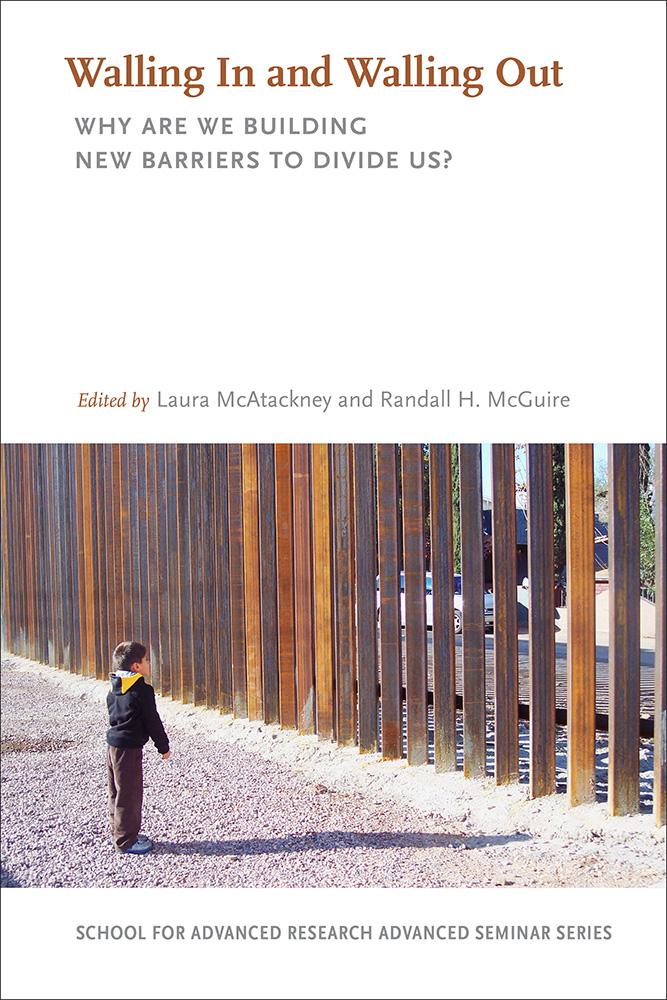 BINGHAMTON, N.Y. — Walls are used as political tools to accentuate divisions between people, according to a new book co-edited by a faculty member at Binghamton University, State University of New York.

In his book, Walling In and Walling Out: Why Are We Building New Barriers to Divide Us? Randall H. McGuire, distinguished professor of anthropology at Binghamton University, reveals how walls are powerful tools used by politicians to separate and exclude people by endangering lives, heightening privilege and enriching the few.

“Walls materialize people’s fears and look like uncomplicated, economical and simple solutions to thorny, expensive and complex social problems. But walls do not solve social problems; they only increase racism, schisms and human suffering,” McGuire said.

The book, co-edited with archaeologist Laura McAtackney, provides insight into the deep impacts walls have on the people who live near them and on those who seek to cross them.

Although people, goods and ideas are encouraged to move freely throughout the world, walls are increasingly being built to control access and movement. The book aims to demonstrate how walls function in a range of contexts, from historic neighborhoods to modern national borders. It analyzes the reasons why contemporary walls were built, and how successful they resolve the problems used to justify them.

By using an archaeological approach, the book examines the consequences of our increasingly materially segregated world, and how these materials shape modern society.

“Archaeological techniques give us the ability to find detail in the seeming chaos of the current material world. This detail reveals the complex relationship that the material shares with social relations, meaning and agency,” McGuire said. “The lived experience of material process entails a dialectic between the material world and human agency. Humans create things, but once created, things in turn affect humans, constraining and enabling possible agency. Thus, materiality is both transformed by human agency and transformative of it.”

Throughout the book, several scholars contribute their commentary on the roles and consequences of walls throughout the world. The contributors to this book come from diverse academic backgrounds and include archaeologists, anthropologists, geographers and sociologists who bring different perspectives on the use of walls. The writers chosen for this book resulted from advanced seminars where scholars came together to discuss this topic.

“In each case, we choose a variety of scholars of different backgrounds who have done research and published on topics relevant and interesting to the topic of the advanced seminars,” McGuire said.

McGuire’s interest in border walls isn’t new. In 1988, he established a project in northern Sonora, about 60 miles south of the U.S.?México border, that continues today. McGuire has crossed this border several times and even lived in a borderland community, allowing him to witness the repercussions of the militarization of the U.S./México border in 1994.

“Our work with deportees brought me into daily contact with the border wall and the human cost of that wall,” McGuire said. “As an archaeologist, the materialization and re-materialization of the border intrigued me as a material process. My 40 years’ experience crossing the border at Nogales and my interactions with the citizens of Ambos Nogales, migrants and deportees led me to ask questions about the consequences of the material border for people’s lives. So, I established research about the materiality of the U.S.-México border in Ambos Nogales, which focused on the border wall, and began publishing about these topics.”

McGuire’s passion for studying border walls has continued, and gained momentum as the Trump administration catapulted the idea of building a wall into American politics. From this hot topic, McGuire was motivated to do research that demonstrates that walls are not effective solutions to modern social issues.

“The intense focus on a border wall has inspired me to do more research that shows that walls do not solve contemporary social problems. The solutions to problems such as undocumented migration, drugs and violence do not lie on the border,” McGuire said. “We must address the reasons that people flee their countries and why the U.S. has such a high demand for drugs. Walls seem like easy solutions, but they do not work. They increase the costs, the danger and the violence of crossing the border. More people suffer and more people die, but the causes of the problems are not resolved or alleviated.”

McGuire’s book, Walling In and Walling Out: Why Are We Building New Barriers to Divide Us?, was published in April 2020.