Wallonia as an international reference for the timeline

Paleontologists from Univeristy of Liège (Belgium) redefine the geological boundary between the Devonian and Carboniferous periods. A Walloon site could be chosen as a world reference for this boundary. 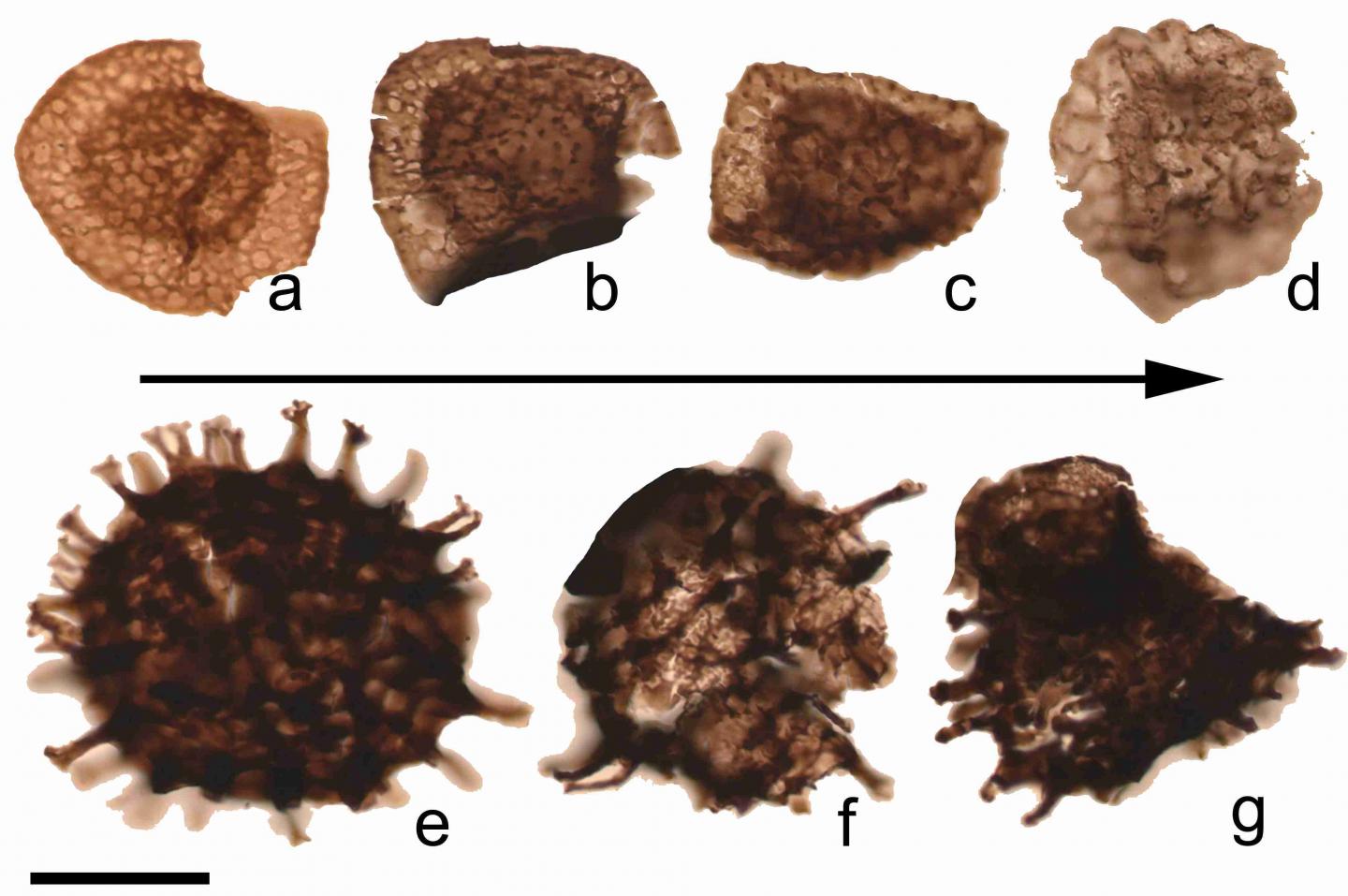 In 2016, researchers from the EDDyLab – Evolution & Diversity Dynamics Lab – at the University of Liège (Belgium) proposed a new definition of the geological boundary between the Devonian and Carboniferous periods (359 million years). This new definition has been tested by hundreds of researchers around the world and the results are now compiled in a special issue of the journal Palaeodiversity & Palaeoenvironments.

Geological time is divided into periods (Cambrian, Carboniferous, Jurassic, etc.), together covering the 4.6 billion year history of the Earth. The many climatic, environmental and biological changes that have punctuated this history are recorded in the rock layers, forming an incredibly rich archive of the Earth’s past. “The study of these successive layers allows us to recognise the boundaries between these different periods, each boundary being defined by a specific event or ‘marker’, such as an extinction event or a change in climate,” explains Julien Denayer, a palaeontologist at the EDDyLab and first author of the article. A locality is then designated, making the rocky successions of this particular place the international reference for this transition. “It was in Belgium, in the 19th century, that numerous divisions of the time scale were defined, such as the Frasnian, Tournaisian, Viséian, Namurian, etc… These references are still used today on an international scale.

The boundary between the so-called Devonian and Carboniferous geological periods (359 million years ago) was the first to be formally defined in 1927. The fossils marking the boundary were too rare in the rocks, so this definition was of little use. A second attempt was proposed fifty years later, but was also invalidated by the International Commission of Stratigraphy, the scientific body that establishes and validates the subdivision of geological time, again because of the scarcity of boundary fossils.

For the past ten years or so, palaeontologists and geologists specialising in the Devonian and Carboniferous periods have been working on redefining this boundary,” says Cyrille Prestianni, palaeontologist at ULiège and co-author of the article. In 2016, we proposed a new definition, this time based on several contemporary phenomena, well recorded in the rocky successions of Wallonia. “According to the ULiège researchers, the boundary between these two periods is defined by the so-called Hangenberg Sandstone event – an episode of abrupt fall in sea level – which is also marked by a major extinction that decimated typical Devonian ecosystems such as coastal marshes and reefs. In ecological terms, this extinction was greater than the extinction of the dinosaurs at the end of the Cretaceous!

Since then, researchers around the world have tested the applicability of this criterion for defining the boundary. The results of these years of research are now compiled in a special volume of the journal Palaeodiversity & Palaeoenvironments. The EDDy Lab researchers publish an exhaustive review of the geological and palaeontological knowledge of the Devonian-Carboniferous boundary in Wallonia and the surrounding regions. In this publication, the members of the EDDy Lab were able to propose a scenario explaining the ecological and climatic crisis that caused the extinction of the Devonian fauna and flora. Our work is not yet finished,” says Julien Denayer, “the next step is to select a new type locality. Several Walloon sites are now being studied using state-of-the-art techniques with a view to being proposed to become the world reference for the Devonian-Carboniferous boundary! »