Three UK scientists have been awarded the Volvo Environment Prize 2022 for work which has alerted the world to microplastics in the ocean. 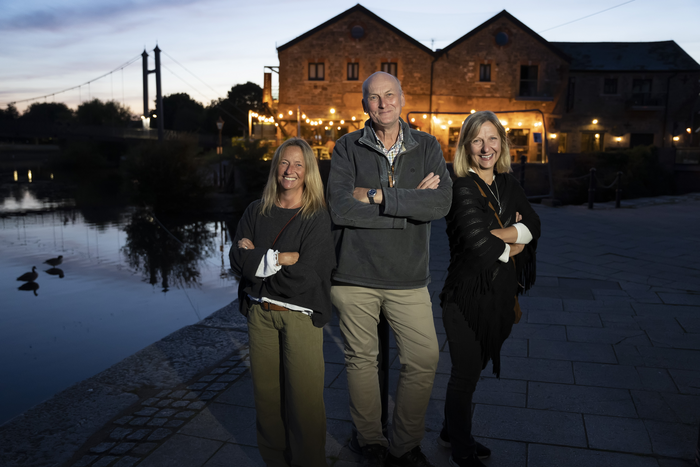 Three UK scientists have been awarded the Volvo Environment Prize 2022 for work which has alerted the world to microplastics in the ocean.

Professor Richard Thompson OBE, Professor Tamara Galloway OBE and Professor Penelope Lindeque have been at the global forefront of marine litter research and education for the past two decades.

They have also helped to bring about changes in global policy, with their work central to international government legislation and influencing the United Nations Treaty on Plastic Pollution, signed by 175 nations earlier this year.

In selecting the three laureates for this year’s award, the jury for the Volvo Environment Prize acknowledged that their work “has been instrumental in providing societal awareness of plastic pollution as an emerging global challenge and triggering policy actions”.

The Volvo Environment Prize has been awarded annually since 1990 and has become one of the scientific world’s most respected environmental prizes. This is just the fourth time in its history that it has been awarded to scientists from the UK.

Professor Thompson led the first study, published in 2004, describing marine microplastics and the topic has since become a focus for research all over the world. The three laureates have subsequently made ground-breaking contributions on the effects of microplastics and particulate pollutants on marine organisms and human health.

They have highlighted how microplastics are present from the poles to the equator and from the highest mountains to the deepest sea beds. They have also tracked their sources – from plastic bags to microbeads in cosmetics, and tyre particles, their pathways via waste water and rivers, and how they impact the ocean and its species and enter the human food chain.

Critically, they have also looked into potential solutions, evaluating the potential for natural and mechanical measures to clear plastic from the environment. And they continue to work with industry and policy makers on the most effective ways to change the design of plastics products, and bring about a cultural shift in society’s use of them.

Professor Thompson, Head of the International Marine Litter Research Unit at the University of Plymouth, said: “We are all delighted and deeply honoured to be this year’s Volvo Environment Prize laureates, and to get such recognition is wonderful for us and our teams. Our collaborations over the past two decades are a perfect example of the joined-up thinking required to address the global issue of microplastic pollution. We want our science to be beneficial to society and to protect our marine environment for future generations.”

Professor Lindeque, Head of Science: Marine Ecology and Biodiversity at Plymouth Marine Laboratory, said: “The South West of England has always been at the forefront of plastic research. The three of us have enjoyed an incredible interdisciplinary working relationship for many years, as have our teams of ecologists, economists, chemists, mathematical modelers, chemical engineers and remote sensing scientists. This bringing together of minds across disciplines has allowed us to look at the wider picture. It has meant we can assess the problem, develop novel analysis techniques, challenge the status quo and look towards solutions.”

Professor Galloway, who leads the plastics research team at the University of Exeter, said: ‘’Achieving what we have achieved has only been possible due to the many scientists, students and collaborators who have been and continue to be involved in this work around the world. Everyone who has contributed to this field of research is helping the bring about positive change for the whole of society and this award recognizes all of them.”

This is the second time the ongoing collaboration between the three research teams has been recognised after they won both the Societal Impact category and overall prize in the Natural Environment Research Council’s 2018 Impact Awards.

They will be formally awarded the Volvo Environment Prize as part of a prize ceremony and seminar in Gothenburg, Sweden, on November 29.