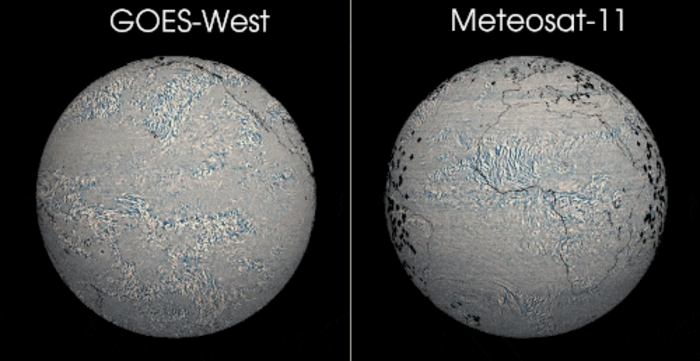 As it captivated people around the world, the January eruption of the Hunga Tonga-Hunga Ha’apai volcano gave scientists a once-in-a-lifetime chance to study how the atmosphere works, unlocking keys to better predict the weather and changing climate.

The volcano, located in the South Pacific nation of Tonga, became active Dec. 20, 2021, and erupted Jan. 15, 2022. The blast obliterated one of the country’s many islands and was described by NASA as more powerful than an atomic bomb.

UMass Lowell’s Mathew Barlow, professor of environmental, earth and atmospheric sciences, was among an international team of scientists who studied the atmospheric response to the eruption, the likes of which has never before been recorded. The group’s findings were published in Nature, a preeminent scientific journal.

As part of his work, Barlow created an animated video from satellite data that shows the eruption’s dramatic effects. The event saw atmospheric waves pulse around the globe several times and stretch from Earth to the edge of space, some at speeds of 720 mph. The eruption also shot a plume of water vapor, along with volcanic ash, soil and smoke, 31 miles into the air. A short video produced by the researchers summarizes the effects.

“Some of the wave types the Hunga Tonga generated are very important to understanding how the atmosphere works and our ability to make effective computer models for weather forecasting and climate projections,” said Barlow, a faculty member in UMass Lowell’s Climate Change Initiative. “Through the expulsion of particles into the high atmosphere, some strong eruptions can also have a cooling effect on the climate, though the amount produced by Hunga Tonga does not appear sufficient for a notable climate effect, unlike other volcanic eruptions over the last century, like the Pinatubo eruption in Alaska in 1991.”

According to Barlow, the Hunga Tonga explosion appears to be the strongest single burst of volcanic energy released in 140 years, since the eruption of the Krakatoa volcano in Indonesia in 1883. Coupled with advances in satellite imagery, the strength of the Hunga Tonga eruption gave scientists an unprecedented view of atmospheric waves. Barlow said he and fellow researchers were able to analyze its effects in near-real time communication with agencies across the globe.

Scholars from the University of Bath led the team, which included researchers from 10 institutions.

UMass Lowell is a national research university located on a high-energy campus in the heart of a global community. The university offers its students bachelor’s, master’s and doctoral degrees in business, education, engineering, fine arts, health, humanities, sciences and social sciences. UMass Lowell delivers high-quality educational programs, vigorous hands-on learning and personal attention from leading faculty and staff, all of which prepare graduates to be leaders in their communities and around the globe. www.uml.edu