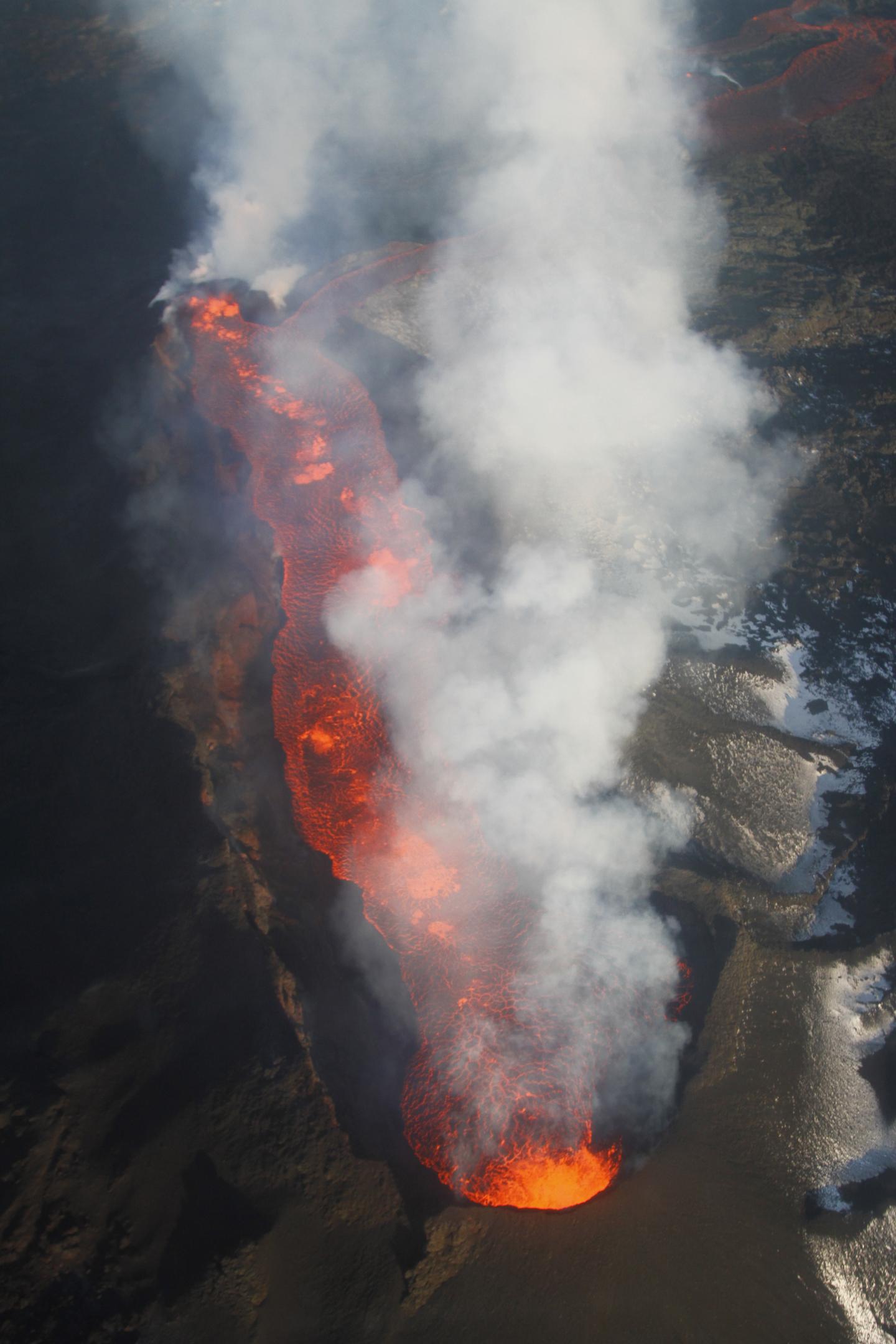 And the findings could have significant implications for actions taken to protect the health of the 800 million people globally living near active volcanoes. Indeed, only last month (March), lava burst through a crack in Iceland’s Mount Fagradalsfjall in the first eruption of its type in more than 800 years.

It shows that following exposure to emissions that changed chemically from gas to fine particles, incidents of respiratory disease in Iceland rose by almost a quarter, and the incidence of asthma medication dispensing by a fifth.

The report’s co-lead author is Dr Evgenia Ilyinskaya, from the University of Leeds’ School of Earth and Environment.

She said: “Volcanoes are a significant source of air pollution, but of course it’s a source that cannot be controlled.

“Large volcanic eruptions can cause harmful air pollution both immediately, and also when the plume returns to the same area, which may happen without it triggering air pollution alerts.

“Our research shows that during prolonged eruptions such as Holuhraun, both young and mature plumes can be circulating at the same time, increasing the harmful health effects on those living in volcanic regions.

“This pollution return is not currently factored into responses to the threat to public health caused by volcanoes.”

The Holuhraun eruption was one of the biggest of its kind in the last 200 years, releasing 11 million tonnes of sulphur dioxide that spread across Iceland and the Atlantic Ocean towards Europe.

During the six-months long eruption, residents of Iceland’s capital, Reykjavík, were repeatedly exposed to the young and mature plumes, despite living 250km from the eruption site.

In their previous research, published in 2017, the scientists traced the evolution of the volcanic plume chemistry. They found that the plume had been swept by air currents towards the UK and mainland Europe before circling back to Icelandic cities and towns.

During this process, the plume composition matured as it lingered in the atmosphere – meaning that the volcanic sulphur dioxide had converted to particles.

These fine particles found in mature plumes are so small they can penetrate deep into the lungs, potentially causing serious health problems such as exacerbating asthma attacks.

In the returning plume, because the sulphur dioxide levels were reduced as the gas converted to particles, concentrations were therefore within European Commission air standards.

As a result, no health advisory message were in place in Iceland for the returning plume.

It is estimated that short and long-term exposure to these kind of fine particles, from both human-made and natural sources, cause over three million premature deaths globally per year and remains the single largest environmental health risk in Europe.

The new findings highlight the health risks of pollutants lingering in the atmosphere, and the implications for monitoring emissions from volcanic activity.

Co-lead author Dr Hanne Krage Carlsen, from the University of Iceland and University of Gothenburg, said: “Iceland has some of the most complete health care records in the world. This was the first time a population of a considerable size and density could be assessed following major volcanic activity.

“This study provides the most robust evidence to date that exposure to a chemically-mature volcanic plume leads to increased use of a country’s health care system.

“It also emphasizes that emissions from volcanoes are a region-wide issue, in this case potentially affecting the whole North Atlantic region.

“As the Holuhraun plume returned to Iceland, there was increased use of GPs and hospital emergency care units with regards to respiratory diseases. At the same time, there was a lack of public health advice.

“We recommend that future Government responses to volcanic air pollution globally considers both the implications to health caused by the initial eruptions, but also those of the returning plumes with additional threats to health.”

For further details, contact the University of Leeds press office via [email protected]