Headwater streams, which comprise 70 percent of all watersheds, are becoming more and more contaminated by salt. The seemingly innocuous compound is making its way into the streams and groundwater as a result of agriculture, mining, urbanization and wastewater discharge, leading to headwaters becoming more and more salty. 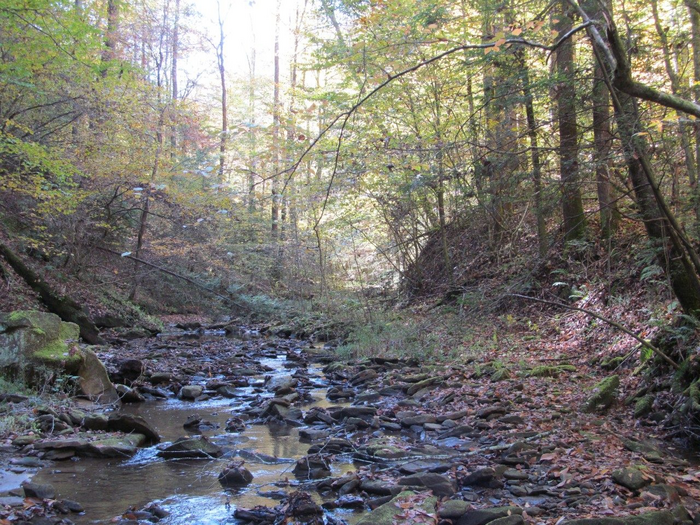 Headwater streams, which comprise 70 percent of all watersheds, are becoming more and more contaminated by salt. The seemingly innocuous compound is making its way into the streams and groundwater as a result of agriculture, mining, urbanization and wastewater discharge, leading to headwaters becoming more and more salty.

This phenomenon, known as salinization, has been slowly changing the composition of the freshwater streams and is having a detrimental effect on the resident microbes and animals that inhabit those waters. Changes to these ecosystems can alter the entire freshwater food web, which can have devastating effects on many species and lesser known large-scale environmental impacts.

Researchers at Virginia Tech were recently awarded a $700,000 grant by the National Science Foundation to investigate how changes in salinity from mining could impact aquatic food webs. The Appalachian region is home to extremely high biodiversity and many vulnerable headwater streams, making it an urgent need to understand how increased freshwater salinization affects food webs in these environments.

“Our team is excited to have the opportunity to figure out how salinized headwaters could result in change to carbon cycling through altered food web energetics,” said Sally Entrekin, associate professor in the Department of Entomology in the College of Agriculture and Life Sciences and one of the leaders of the project.

An example of surface mining in Southwest Virginia, where Sally Entrekin will be conducting her studies.

Professor Stephen Schoenholtz and Associate Professor Daniel McLaughlin of the Department of Forest Resources and Environmental Conservation, both from the College of Natural Resources and Environment; Associate Professor Erin Hotchkiss of the Department of Biological Sciences in the College of Science; and Carl Zipper, professor emeritus from the School of Plant and Environmental Sciences, also are leading the grant. As affiliates of the Global Change Center (GCC) and its Freshwater Salinization Working Group, the team was initially funded by a GCC seed grant that supported the development of this three-year study, where they will expand their collaboration with local educators and scientists in the mining region.

The team’s research will focus on streams in the Appalachian Mountains, where surface coal mining covers about 2,200 square miles of the region and has resulted in accelerated leaching of salts into the headwater streams leading to changes in organisms — and likely their functions. These human-made environmental changes threaten the region’s aquatic ecosystems, which are home to more than 10,000 species of microbes and animals. Many of the animals living in these habitats exist only in this region, and collectively these environments feature some of the most diverse aquatic insect communities in the world.

The waterborne organisms make up a complex food web that transform and transfer carbon and other nutrients from the surrounding forest and are crucial to the breakdown of plant materials. Increases in the salt concentration threatens to make these ecosystems uninhabitable for many of the native microorganisms, insects, and other animals and could destabilize the food web and indirectly affect the survival of other species. This vital research will help to assess the damage that an increase in freshwater salt concentration may cause and could be a first step in preventing cascading failures of crucial aquatic habitats.

Members of the team are part of the Global Change Center Freshwater Salinization Working Group and the Aquatic Ecology and Entomology Lab.