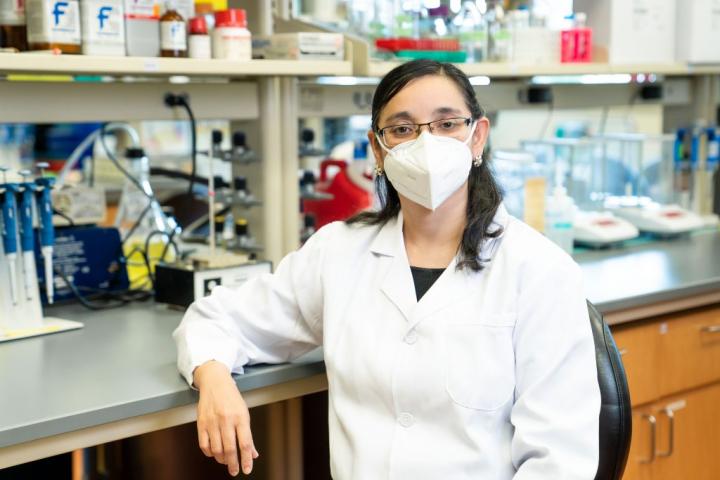 For children diagnosed with severe and debilitating epileptic brain disorders, the prognosis is often grim. Babies born with a rare form of CASK-linked epileptic encephalopathy called Ohtahara syndrome suffer seizures soon after birth. No treatment or cure exists, and children with the disorder typically don’t survive beyond infancy. Those who do have severe neurological, cognitive, and behavioral impairments.

Sarika Srivastava, a research assistant professor at the Fralin Biomedical Research Institute at VTC, believes the loss of CASK gene function could cripple the ability of brain cells to produce much-needed energy and trigger the progressively worse seizures.

Srivastava, who also holds an appointment as an assistant professor in the Department of Internal Medicine in the Virginia Tech Carilion School of Medicine, is undertaking a five-year study to investigate the mechanisms of CASK loss-of-function mutation associated epileptic encephalopathy, funded by a $2 million grant from the National Institute of Neurological Disorders and Stroke, a part of the National Institutes of Health.

Srivastava hypothesizes that one of CASK’s roles is to control the function of mitochondria – tiny structures that serve as energy powerhouses of the cell. Mitochondria convert chemical energy from the food we eat into an energy form that the cell can use. When mitochondria stop functioning, the cell is starved of energy. Neurons require large amounts of energy and are affected the most by defective mitochondria.

“No one has studied this connection,” Srivastava said. “It’s completely unknown how CASK controls or regulates mitochondrial function.”

To conduct the research, Srivastava’s laboratory developed a new mouse model in which the CASK gene is deleted from neurons. These mice lacking CASK gene in brain cells mimic the human disease state, including severe underdevelopment, seizure-like characteristics, and early death.

Srivastava’s preliminary research with the mouse model found that deleting CASK from neurons impaired the function of mitochondria and reduced their number in the brain. That impairment diminishes the supply of energy to the brain, potentially causing a complete energy failure and triggering the seizures that characterize a rare disorder like Ohtahara syndrome.

She aims to confirm if the CASK deletion mutation affects mitochondrial function, determine the effects on energy metabolism, and test whether drugs known to boost mitochondrial energy production can mitigate the disease onset or its progression, or both.

Srivastava will conduct the key parts of the study in her laboratory, but studies of the brain’s electrical signals will be carried out by her collaborators on the grant, including Howard Goodkin, professor of neurology who studies pediatric epilepsy at the University of Virginia School of Medicine, and Konark Mukherjee, assistant professor at the Fralin Biomedical Research Institute at VTC who researches the effects of CASK mutations.

“Our goal is to find a potential treatment strategy for a highly devastating neurological disease, for which there is no cure,” Srivastava said, “but it could help to alleviate these patients’ symptoms and prolong their lives.”