Sepsis is a severe and life-threatening condition caused by bacterial infection and is one of the most common causes of death in hospitalized patients. 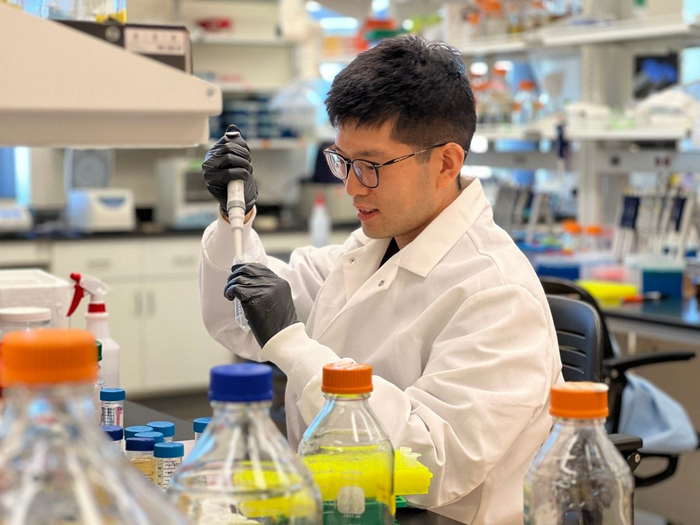 Sepsis is a severe and life-threatening condition caused by bacterial infection and is one of the most common causes of death in hospitalized patients.

Nearly 1.7 million adults in the U.S. develop sepsis, and a quarter of that number die from the infection, according to the National Institute of General Medical Sciences. Some infections cannot be resolved by general antibiotics because of strains of bacteria mutating, making it a challenge to provide adequate treatment.

Juhong Chen, assistant professor of biological systems engineering in the College of Agriculture and Life Sciences and College of Engineering, recently received a National Institutes of Health (NIH) grant to develop novel phage- and CRISPR-based approaches to detect and treat sepsis, including hybrid bio-inorganic nanobots, CRISPR-based devices, and CRISPR-quipped engineered phages. Chen and his research group also aim to address challenges for the detection of sepsis-related pathogens in blood samples. Chen’s research could lead to formulating a revolutionary strategy to diagnose sepsis in blood samples in the future.

Due to the dynamic and acute nature of sepsis, it requires immediate medical treatment. If sepsis is not diagnosed and treated quickly, septic shock will occur, thus resulting in failing blood pressure and loss of sufficient oxygen to organs of the body. Current diagnosing methods either are rapid but fail to offer the necessary sensitivity and accuracy or they rely on culture-based colony counting which does not meet the speed required.

“Our study will lay down the foundation for better understanding, diagnosing, and treating sepsis in hospitalized patients,” Chen said. “Providing reliable, sensitive, and timely detection of sepsis-related bacteria is crucial for improving patient survival rate.”

The five-year, $1.9 million award is part of the NIH’s Maximizing Investigators’ Research Award for Early State Investigators program. This is given to faculty researchers who have demonstrated foundational biomedical technologies, such as prototype devices and applications, that could advance important medical breakthroughs. One of the many areas under review by the NIH is sepsis — specifically toward effective treatment options, better diagnosis technologies, and to further clarify key risk factors.

Since joining the Department of Biological Systems Engineering at Virginia Tech in 2019, Chen has established an interdisciplinary and productive research group, applying biological engineering to detect emerging pathogens in food, water, environmental, and clinical samples in his Bioengineering and Biosensor Lab.