AMES, Iowa – Anyone who has taken an economics class probably remembers learning about scarcity. The concept of demand outpacing supply applies to the toilet paper shortage at the onset of the COVID-19 pandemic and helps explain how a spike in home-improvement projects last year contributed to skyrocketing lumber prices. 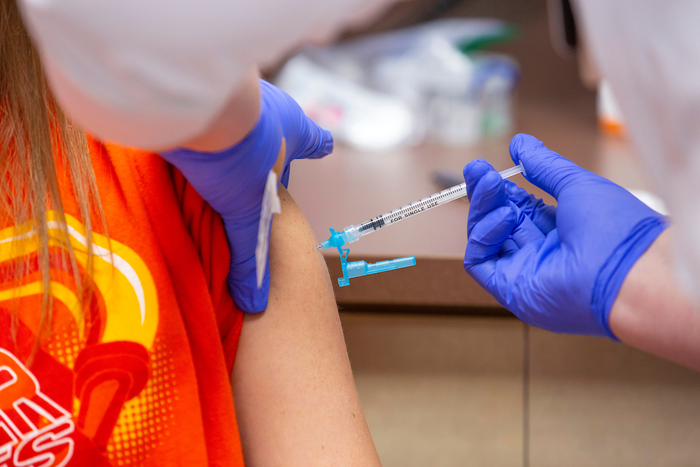 AMES, Iowa – Anyone who has taken an economics class probably remembers learning about scarcity. The concept of demand outpacing supply applies to the toilet paper shortage at the onset of the COVID-19 pandemic and helps explain how a spike in home-improvement projects last year contributed to skyrocketing lumber prices.

“Previous research on product scarcity shows people will desire something more when it isn’t as easily accessible. Since scarcity signals value, people are willing to make more of an effort or pay more to acquire it,” said Beatriz Pereira, assistant professor of marketing at Iowa State University.

Last year, as COVID-19 cases surged across the U.S., Pereira and a team of researchers knew the initial supply of vaccines would be limited. It seemed like the perfect opportunity to test whether vaccine scarcity drives demand. But the researchers’ newly published findings in Psychology & Marketing reveal the opposite: Participants were less interested in rolling up their sleeves when they thought vaccines were scarce. The researchers point to compassion for the vulnerable as a driving factor.

At the time of the first survey, COVID-19 vaccines were not yet available to the general public.

Over 300 college students were asked to imagine a scenario where manufacturers were working nonstop to produce enough vaccines for everyone, but due to limited supply, priority was being given to people considered high risk. Half of the participants were told that vaccine doses were limited in their area, while the other half were told there were plenty of doses available. The survey then asked both groups of participants the likelihood that they would book a vaccination appointment if their doctor said they could get a shot the following week.

“Interest in booking an appointment dropped by as much as 15% when the participants perceived vaccines as scarce,” said Pereira.

The findings were replicated in a second study with nearly 600 adult participants, half of whom had been diagnosed with chronic diseases.

“As expected, participants with pre-existing conditions were more willing to accept the vaccine, compared to participants with lower health risks. But what surprised us is that both high- and low-risk groups were less interested in receiving their shots when the vaccines were described as scarce.”

Study participants in the second study were also asked how much compassion they felt for those most vulnerable to COVID-19.

“There are so many factors that contribute to vaccine hesitancy, but concern for others seems to stand out, especially since vaccines have public benefits,” Pereira said.

Pereira noted that people generally have a hard time assessing their own risk or sometimes do not want to be associated with high-risk groups. This could help explain why participants who had chronic diseases, which would put them at higher risk of severe COVID-19, were less likely to book a vaccine appointment if they thought someone else in the community might need it more.

“Health officials should de-emphasize scarcity in their messaging because telling people the supply is limited doesn’t help motivate people to get vaccines, especially those who need it most,” Pereira explained.

Pereira said emphasizing urgency and availability is a better messaging strategy, using seatbelts as an analogy.

Looking ahead, Pereira said she wants to work with community clinics to see what types of messages are the most effective at encouraging vulnerable populations to get vaccinated. That could include highlighting the convenience and availability of vaccines, trust in doctors and how the community benefits when individuals are vaccinated.

Researchers at Georgia Gwinnett College, Stony Brook University, Swansea University in Wales, and University of Padova in Italy contributed to this study.