After a successful inaugural year that saw 28 highly innovative and potentially groundbreaking research and infrastructure projects selected for funding, the Office of the Vice Chancellor for Research and Graduate Education has announced Year 2 of the UW2020: WARF Discovery Initiative.

“UW2020 is allowing us to fund the projects our UW-Madison researchers have dreamed about doing and we are excited to continue this program,” says Vice Chancellor for Research and Graduate Education Marsha Mailick. “UW2020 awards exemplify our faculty’s continued commitment to impactful, innovative collaborative research.”

The initiative seeks to fund research projects that have the potential to fundamentally transform a field of study, as well as projects that require significant development prior to the submission of applications for external funding. Successful UW2020 projects support collaborative, multidisciplinary, multi-investigator research that is high-risk, high-impact, as well as projects that require the acquisition of shared infrastructure or equipment that will open new avenues for innovative and significant research.

“Ecosystems sometimes change quickly, as when a clear blue lake suddenly turns green, a productive fishery collapses, or trees don’t recover from a wildfire. Abrupt changes in ecosystems affect natural resources and human well-being, but they often surprise us because they are hard to predict,” explains Monica Turner, professor of zoology. Turner is the principal investigator for UW2020 research project “Anticipating Abrupt Ecological Change in the 21st Century.”

“Our UW2020 project will identify mechanisms of abrupt change that are general across systems and develop methods to anticipate and respond to such changes,” Turner says. “Given current rates of environmental change, our progress could really advance ecology and resource management.” 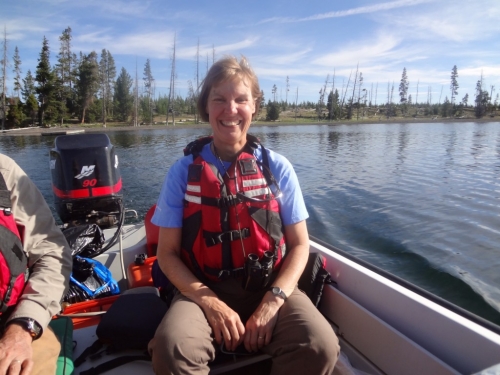 UW2020 is funded by the Wisconsin Alumni Research Foundation (WARF), with combined funding from other sources. A total of 252 proposals involving 872 investigators were reviewed in the first year of the initiative. Final selections were made by the UW2020 Council, a group of 17 faculty from all divisions of the university.

During its inaugural year, there were two rounds of UW2020. However, to be more efficient, the application process has been streamlined and there will be one round for 2017 awards.

“We are very grateful to WARF for increasing its level of support for UW2020 in this second year of the initiative” says Mailick.

Life in ancient oceans enabled by erosion from land

An atlas of an aggressive leukemia